Trending Now
You are at:Home»Featured»Facebook Fatigue
By Tom Purcell on February 5, 2013 Featured, Humor 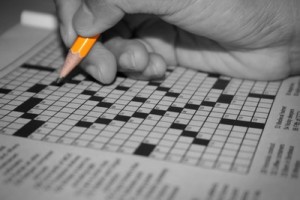 I’m turning into my father.

My father was born in 1933. He was a paperboy in the days when paperboys stood on city corners and shouted “Extra!”

In my father’s home, the newspaper still is king. He has two delivered daily. He reads every inch of both. He does the crossword puzzles in both, too — with a pencil.

(Note to people under 25: A pencil is a small, yellow stick that leaves a mark when its tip is pressed against paper.)

My father knows that people can do crossword puzzles on their computers, tablets and smart phones but the idea is nutty to him. Only an idiot would bring electronic equipment into the bathroom.

To be sure, my father has shunned the communications marvels of modern times. He uses my mother’s cell phone — but only to avoid long-distance charges.

He has never sent or received e-mail.

He never searches the Web. He uses the White Pages or Yellow Pages.

(Note to people under 35: The White and Yellow Pages are thick directories of people and businesses that are left at your door once a year.)

Facebook.com is a social-networking Web site where people post important updates for their electronic “friends,” such as detailed descriptions of what they had for breakfast.

Twitter.com is similar to Facebook, except the descriptions are brief (140 characters or less): “Ate oatmeal today. Was good.”

There certainly are upsides to these technologies.

The Wall Street Journal reports that Twitter — with its ability to rapid fire messages to millions — can be a powerful communications tool. Sure, celebrities use it to update fans on their latest banalities, but emergency organizations are also using it to alert people during disasters.

As for Facebook, it is surely helpful to stay-at-home parents who are isolated from other adults. There is an upside to swapping personal information, even if it is over the Internet.

Facebook has helped me locate — and be located by — friends I haven’t talked to for years. Some 300 million are using the tool; there is a good chance people from your past are using the site, too.

Which brings us to the downside.

I was at a party recently where I was accused of being “old” — I’m 50 — because I have never “drunk texted” friends (or old friends or girlfriends).

(Note to people over 50: texting is when you press both thumbs against a miniature cell-phone keypad to bastardize the English language.)

In any event, recent reports suggest that people are tiring of technology-enabled social networking.

Craig Kinsley, a professor of neuroscience at the University of Richmond, told the Associated Press why: humans crave contact and human interaction, but interaction over the Internet is without substance.

Which brings us to my father.

He hasn’t wasted a moment on superficial online communications. He is doing just great in the real world of the White Pages, printed newspapers and books.

(Note to people under 25: A book is a compact device in which words are printed on several pieces of paper; the paper is glued to a spine.)

When my father wants to communicate, he approaches other human beings, usually my mother, and uses his voice. Sometimes he uses facial expressions to emphasize a point.

I think he’s on to something.

Though I’m beginning to use Twitter for useful and interesting updates — and LinkedIn.com for business networking — I don’t use Facebook much anymore.

I prefer to meet people for breakfast (and see firsthand what they’re eating).