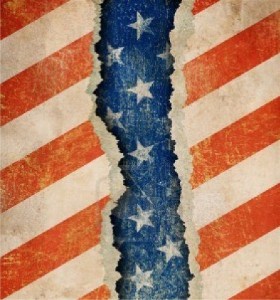 What an exceptional nation America was!  In 1945 Germany’s foremost rocket scientist, 34 year old Wernher von Braun, led his team of scientists and engineers along a war ravaged route from Peenemunde to Bavaria, where they surrendered to U.S. forces.  His team of rocket scientists (developers of the V-2) preferred going over to the Americans – rather than to the Russians, the British or the French – because, as von Braun announced:

We knew that we had created a new means of warfare, and the question as to what nation, to what victorious nation we were willing to entrust this brainchild of ours was a moral decision more than anything else.  We wanted to see the world spared another conflict such as Germany had just been through, and we felt that only by surrendering such a weapon to people who are guided by the Bible could such an assurance to the world be best secured.

The rocket team’s moral premise lived on for almost two more decades.  The coup de main came on June 17, 1963, as the Supreme Court backed atheist leader, Madelyn Murray O’Hair, in her determination that the Bible should no longer serve as the nation’s guide – emphatically not for public school pupils.  This blow from the Federal bench marked the beginning of the end of the United States as a Judeo-Christian republic.

Desperate situations call for desperate measures, as illustrated via factual books, novels, good movies, and even sports.  In American football, Hail Mary plays hearken back the long throw to the goal line in the 1975 NFL playoff game between the Dallas Cowboys and the Minnesota Vikings.  The Dallas quarterback was Roger Staubach, whose football career took off at a Catholic high school in Cincinnati.

With Dallas down 10-14, and only 24 seconds left  to play, Staubach wound up and threw the ball 50 yards downfield.  After the Dallas victory, Staubach, age 33, coined a phrase, telling sportswriters that as the ball was airborne, and while he lay thrown to the ground by onrushing linemen: “I closed my eyes and said a Hail Mary.”  Said wide-receiver, Drew Pearson, the Baptist boy who caught the pass, “I didn’t even know what a Hail Mary was.” 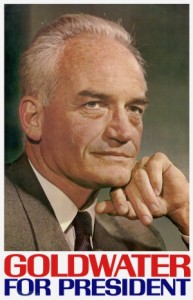 I submit that as Americans our situation is even more desperate, insofar as restoration of the Republic is not just a football game.  We the People have reached such an extremity – politically, economically and culturally – that extreme measures are indicated.  “Extremism in the defence of liberty is no vice; … moderation in the pursuit of justice is no virtue.”  (Sen. Barry Goldwater, 1964)

The Republic is so close to becoming a lost cause that nothing short of a Hail Mary pass can save her; or (as in 1776) by nothing less than putting “our lives, our fortunes, and our sacred honor” on the line.  And so let us proceed like the patriots of old, remembering the maxim of Captain John Paul Jones, “he who will not risk, cannot win.”

Government has become corrupted at the Federal level to such an extent that it is politically impossible to get fundamental reform via the ordinary process of change.  If we are to save our country, therefore, we need to risk a course of action to which we are quite unaccustomed.  Radical problems call for radical solutions.

Webster’s Dictionary defines radical: “of or from the root or roots; going to the center, foundation, or source of something; fundamental; basic; as, a radical principle.”

I used to have high hopes of living to see root level reforms within the context of the USA, the Union of 50 States.  While still theoretically possible – “nothing is impossible with God” – it seems evident by human calculation, especially since the election of 2012, that the current Union is rocky ground in which to plant salutary reforms of a basic nature.  To adapt the biblical parable of the sower: it may well be that efforts to effect radical change will not penetrate far before hitting the gravel, shale, or granite of political factionalism, cultural polarization, and practical atheism.

Penetrating through rocky ground is at best slow; it might in America’s case be now impossible.  And yet we cannot afford to delay much longer.  We need forthwith to find good ground.  In a comment upon my November 2012 article, “Farewell to Apostate America: Tentative Exit Plan,” a reader drew a medical metaphor: 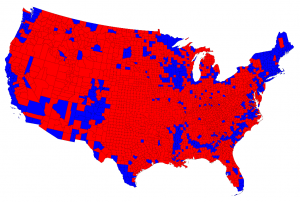 “The results of the election, as shown on the map of counties rather than states, reflect more accurately the makeup of the nation….  These are blue cancer cells multiplying and attacking the healthy red blood cells. Drastic and immediate action is necessary. Delay is death.”

Thus, fundamental reforms will need to be planted in healthy soil.  The key would be a coalition of States which are likeminded by virtue of their willingness to ratify one arch-Amendment to our venerable Constitution.  If essential reforms wither on the unreceptive ground of the full Union, as seems probable, then these same States should look to establish a new Union, a revitalized nation, no longer a country divided against itself and alienated from God.

Say, for example, that a score of today’s conservative States – the so-called “red States” – secede and form the Reformed States of America (RSA).  Suppose further that the RSA adopts a Constitution with the same seven Sections and the same 27 Amendments contained in the U.S. Constitution.  Since the RSA would be starting with our venerable Constitution, retained in its exact form, including as it does the Article V Convention process; the ratification process would remain unchanged, i.e. three-fourths of the States.  That would mean 15 of the 20 States required to approve whatever a Convention proposes.

Ideally this Article V Convention would consider and submit one arch-Amendment.  Among its purposes would be restoration and fortification of the written Constitution – as opposed to the “living, breathing” version.  Our current version, with a host of unratified “amendments” decreed from the bench, is based on loose construction of plain English.  This method of amending the Constitution boils down to dishonest constitutional revisionism by nine oligarchs or dictatorial attorneys styled “Justices.”  The past half-century of loose construction of the Constitution has been associated also with loose morals, i.e. diminishing the nation’s moral standards and banning religion from the public square.

One form of moral failure in the political sphere has involved failure to honor the oath which officials swear to protect and defend the Constitution.  The best way to honor that oath at this point in history is to retrieve the august Document in its written form, i.e. rescue it from revisionist lawyers, lest depreciation by usurpatory judges give the coup d’grace to genuine rule by “the supreme Law of the Land.”  We need to restore the scepter to the highest and best of humanity’s written laws, i.e. the written Constitution.  Regrettably, however, given the current political and cultural climate, such a radical achievement may be possible only in a downsized but upgraded Republic.

In the so called advanced nations, or First World, genuine reforms are difficult to distinguish from their many counterfeits.  The bewildering complexities of bureaucratized society, as well as the separation of powers, make it challenging for citizens to separate the wheat from the chaff.  As the old French Resistance leader, Stéphane Hessel, puts it in his Indignez-Vous (2010):

“… the reasons to be indignant can seem today less clearly related, or the world too complex. Who’s doing the ordering, who decides? It is not always easy to differentiate between all the currents that govern us. We are not dealing any more with a small elite whose joint activities can clearly be seen.”

When the regime arrests citizens for carrying banners, the oppressors are easy to identify.  It is hard to miss the villains (as in Syria and Libya recently) when regimes use machine guns, tanks and fighter planes to attack crowds of resistors.  But in the complex and abstruse politics of the West, the patriotic instinct gets finessed by urbane politicians, and compromised by sophisticated spin-doctoring.  Deep-cutting reform proposals are depicted as excessive, and advocates as extremists.

For such reasons (and others) the standard political and economic paths offer no realistic route to fundamental reform in America.  Circumventing the power structure via extraordinary means, like an Article V constitutional convention, are portrayed by a compliant media as extremist and dangerous.  However, a unique window of opportunity opens up during fundamental transformations, like secession and formation of a new nation.

The U.S. polity and economy are bad enough, but the domain of culture is at once the most alarming and the most promising.  First consider the pessimistic side of the cultural equation: Postmodern society in America is like Saturn who devours his own children, reminiscent of the worst years of the French Revolution – “La révolution dévore ses enfants” (Danton).  The postmodernist regime kills babies in the womb by the millions; has (however inadvertently) given rise to multiple massacres of kids, like the latest in Connecticut; and meanwhile in the spiritual sphere, it destroys religion and morality among tens of millions of America’s schoolchildren.  Instead of worshiping the Holy Trinity, whose expectations for mankind include the Ten Commandments (including thou shalt not kill); the new imperative is that public school students genuflect to the politically correct trinity – the secular triad of tolerance, diversity and choice.

More optimistically, however, American culture still has many citizens of good will, young and old.  Recent polling indicates that most people are not only angry, but perceptive enough to recognize that the nation is like a train which has jumped the track.  This feeling of intense concern is a good cultural indicator.  Indeed, if complacency was the prevalent feeling, and Americans exhibited no anger, we would be justified in pessimism:

He who is not angry where he has cause to be, sins.  For unreasonable patience is the hotbed of many vices; it fosters negligence, and incites not only the wicked but even the good to do wrong.  Thomas Aquinas, Summa Theologica, quoting the attribution to St. John Chrysostom

But to the extent that anger and outrage prevail among the citizenry, our prospects brighten.  Where there is heat, there is light.

Flag of the American Revolution

How then might irate and enraged Americans recover the Republic?  How might virtue and valor release “America the Beautiful” from her postmodern prison?  In what ways might we take cues from the nobility of America’s revolutionary history?

In lifting your hopes, O citizen, that a Hail Mary might succeed; remember how the Convention which wrote the Constitution, and the States that ratified it, are still celebrated under the title, Miracle at Philadelphia.*