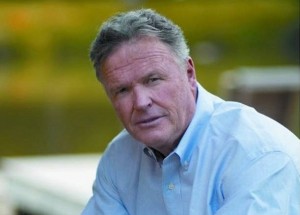 Fiction is as instructive as non-fiction, maybe even more so.  The best fiction catches us up in a world outside our own all the while teaching us truths about ourselves and humanity.  The pleasure of reading a great story cements those truths into the deepest corners of our mind.  Dean Koontz has been quietly reeducating the masses for years and now there is Brian J. Gail and his trilogy Fatherless, Motherless, and Childless.

Brian J. Gail’s trilogy is uniquely Catholic taking on the American sacred cows of contraception in Fatherless and IVF and embryo destructive research in Motherless. Through the books’ main character, Father John Sweeney, the reader discovers the destructive nature of the Pill, the evils of creating life in a dish and the eugenic underpinnings of embryonic stem cell research.

The characters are real Catholics faced with real problems.  True to life, Gail’s characters make their decisions in the face of life’s dilemmas and their choices reverberate through their spiritual lives.

Gail is clearly a business man with many passages in both novels taking place in New York board rooms.  I admit I sometimes felt lost amongst the business speak, but Gail depicts a reality: that many of our current moral conundrums originated with decisions made by powerful businessmen willing to obscure the truth to maximize profits.

Fatherless and Motherless go beyond the obvious and address issues that lay hidden in the background. One is the lack of leadership from our priests and bishops. Gail is courageous to write about what many Catholics feel but are afraid to articulate: we are hungry for guidance but many of our religious lack the courage to tell us the truth and lead us to spiritual food and water.

I feel this acutely when I am invited to speak at a parish on genetic engineering or genetic testing or cloning and the priest does not attend. Attendees are always shocked about how much they did not know about topics they thought they understood and they nearly always lament, “Too bad Father wasn’t here for this.” In fact, of the dozens of presentations that I have given, only two priests have attended.

One busted in halfway through and then, when it was over, proceeded to scold me about all the things I didn’t discuss.  The first time I offered to give a presentation on stem cell research during the height of the stem cell debates, one pastor quickly interrupted me and said, “Well I am no theologian, go talk to Father C.” Father C. looked at me like I had a third eye growing out of my forehead and, like a hot potato, passed me off to the parish education coordinator.  She told me to talk to the Knights of Columbus. 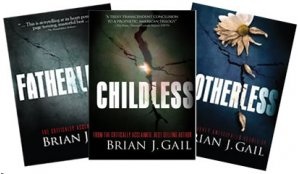 The last installment of his trilogy is, in my opinion, the best read of the three. Gail focuses Childless on the coming trials that mankind will have to face before the second coming of Christ. We are all very familiar with the specter of persecution of Catholics at the hands of the state and Gail explores this theme to its bloody conclusion. But Gail also has the wisdom to include transhumanism in his novel.

What is transhumanism?  It is a movement that wants to use technology to go beyond healing the sick and injured.  Transhumanists want to take otherwise healthy individuals and enhane them beyond normal abilities.  They want to create a race of super-humans they call “transhumans.”  In Childless, the rich and powerful are not satisfied with natural man and his limitations.  They pour billions into research that will create this “transhuman.”  A human made not in God’s image, but in man’s arrogant, selfish, and shortsighted image.  Gail writes:

I don’t want to give too much away, but as the transhumanists succeed in creating their so-called Homo Evolutis, a time of great death and destruction falls on the earth.  This is always the way I have viewed transhumanism. This movement to use technology not to help the sick or injured, but to transform man into the “trans” or “post” human is the ultimate affront to our nature, an affront to God’s design and ultimately, his image and likeness.

It is a philosophy that cannot end in anything but human suffering and despair.  Transhumanism has its origins in the eugenics movement of the early 20th century, which we all know ended in the horrors of the Holocaust in Nazi Germany.

Childless is ultimately a cautionary tale about how the errors of the last 50 years will eventually engulf mankind.  I highly recommend the entire trilogy for its depiction of the Church as a stronghold of Truth in a sea of relativism that threatens the fabric of our society.  From abortion to contraception to transhumanism, Gail touches on them all.  If nothing else Childless will certainly inspire you to get on your knees and pray.

I believe there is something for every Catholic in Gail’s trilogy.  Cafeteria Catholics may find it to be a scathing indictment of either their ignorance or their arrogance, depending on what ails them, but that’s what makes Fatherless, Motherless, and Childless the perfect gift for the faithful and unfaithful alike.