Trending Now
You are at:Home»Featured»Genetic Warrior: Leticia Velasquez and the New Diversity
By Lisa Mladinich on December 13, 2011 Featured, Parenting 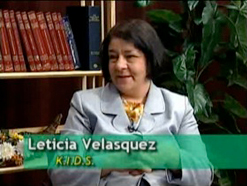 If any one type is removed from the system, the cycle can break down, and the community becomes dominated by a single species. (Dr. Richard Lankau, “Loss of Genetic Diversity Threatens Species Diversity”)

Leticia, I’d like to discuss your recent re-coining of the term “Genetic Diversity,” which I think is an important step toward reclaiming the place of “special” children in our society. But first, please briefly tell us a little about yourself, including your new book, A Special Mother Is Born, and the organization you co-founded, Keep Infants with Down Syndrome (KIDS).

I am many things but first I am a wife of twenty years and a mom to four girls, the youngest of whom, Christina, was born in 2002 with Down syndrome.

Although I received incredible support from my Catholic homeschooling community on Long Island when she was born, I soon discovered to my dismay that this is not the case for most women. When I learned of the appalling 92 percent abortion rate of babies diagnosed with Down syndrome, I was spurred into action.

Through the blog, I met like-minded mothers of children with Down syndrome, and one of them, Eileen Haupt from Vermont, and I joined forces to form KIDS — Keep Infants with Down Syndrome — to represent our children in the March for Life in Washington each year and in the media. We feel that our kids need us to speak up on their behalf in a world that increasingly rejects them.

Each year, we host a reception at the National Right to Life Committee Headquarters, and then march as a group under the KIDS banner. We have been honored to include Congresswoman Cathy McMorris-Rodgers (WA-R) each year as our main speaker. She has a young son, Cole, with Down syndrome, and founded the Congressional Down Syndrome Caucus. We have appeared on EWTN, NPR, Canadian TV, and other media outlets sharing the message that our children are valuable members of society with unique, irreplaceable contributions to make, and that we are poorer without them.

As I shared my story, I encountered other women’s stories of such surpassing beauty that I decided I had to share them in a collection, which I entitled A Special Mother Is Born. Then I read former Senator Rick Santorum’s column, “Two Years Worth Every Tear,” about his daughter Isabella Maria, who had just turned 2, and fathers found a voice in my book along with the moms.

I called it A Special Mother Is Born to highlight the fact that being called to special motherhood or fatherhood is a vocation within a vocation, much like Mother Teresa who was called from the comfort of her convent in Calcutta to work in the streets with the poor. We are called to an extraordinary vocation, parenting children whom the world rejects as “life unworthy of life.” It often demands that we go public, as I have, to speak out on their behalf. We need to make this world become a more welcoming place for our children.

You were a featured speaker at the Museum of Motherhood in New York City, on Monday of this week, at an event highlighting cultural and racial diversity within the family. While culturally diverse because of the Anglo-Hispanic ethnic mix of your own family, your chosen topic for this event is one that I think is groundbreaking.

I took my inspiration from Patheos columnist Amy Julia Becker whom I was honored to meet last week as she gave the keynote address at the Princeton Down Syndrome Conference.

Amy discussed society’s notion of perfection, as defined in the dictionary as being ideal, without any flaws, like the airbrushed images of supermodels on women’s magazines. It’s a false notion of perfection that society pursues, and yet no one is perfect. Amy compared this definition with the Bible’s use of the word in Greek, which is defined as “tending toward wholeness, fulfilling the aim for which it was created.”

I thought about that, and the gifts my daughter has to offer. Christina doesn’t have intellectual gifts but has great spiritual and emotional gifts, which I have often admired. She was created to give them to the world. Why should the world value these qualities less than intellectual gifts? I wondered.

In biology, the genetic diversity within a species is known to make it stronger. Nowadays, we like to talk about various types of intelligence, and the rich diversity offered by various cultures, which make our society stronger. And well we should. This is a lesson I have learned in my own life.

When my in-laws from El Salvador moved into my home, I had never met them despite twelve years of marriage, since they were awaiting green cards. They are farmers, with very limited education. I was raised in a second-generation European immigrant family, which, after struggling to gain status in society, places a high premium on education. What had such simple folk to offer me? Similarly, I wondered what gifts my then 2-year-old Christina had to offer. She was not yet speaking or walking, as her sisters had been at that age.

My father-in-law, who had raised ten children, did not spend time wondering; he merely took her little hands in his and taught her to walk, step by step. He got down on the floor to build Lego block towers with her, guiding her little fingers as she slowly learned to fit the blocks together. My mother-in-law taught her to eat rice and beans using a tortilla, patiently guiding those hands that so often would not cooperate. Christina even made little tortillas with Abuela, following her example.

Soon springtime came, and they took Christina around the yard, pointing out the birds and the squirrels, and sharing their knowledge of the green plants growing in the garden, as they worked the soil. The language barrier, which divided my in-laws from my older girls, did not hinder them as their parenting skills bloomed and their connection with nature was transmitted to my daughter.

My own, more educated parents found her lack of verbal skills to be a bit of a barrier in bonding with Christina, but the beautiful simplicity of life among many children, immersed in nature, helped my in-laws connect with her, and I was humbled to learn from them how to reach her and appreciate her strengths. We moved to the country where she helps me with the vegetable garden and with the chickens. We spend many a meditative hour together in the woods, listening to the birds and watching deer come to the brook to drink.

I nearly missed out on the valuable gifts both my in-laws and my daughter had to offer by my intellectual, culturally-biased elitism. I am not alone; today’s fast-paced society places a premium on those who are highly educated and able to keep up with the ever-increasing pace of life. We devalue those whose gifts do not fit into that paradigm and reject them.

Yet, as technology makes our lives easier, it serves to isolate us from one another and from nature. We lose our ability to relate to one another face to face. We are more in need of interpersonal contact, and the ability to quietly observe and learn from the natural world than ever. We need people like my in-laws and Christina to keep us fully human.

How did this liberal New York audience respond to your message?

There was a very positive response to idea of genetic diversity. They were very intrigued by the idea. They had never thought of it before! I had to be careful to phrase things a certain way, however. I never mentioned the “P” word (Pro-Life). They like to think of themselves as pro-choice. So, it’s not that they are against genetic diversity, per se, it just never occurred to them.

So exciting, Leticia. As a writer, I’m sure you understand full well the power of words to catch hold of the imaginations and thought processes of a culture. I pray that those who think of themselves as being “tolerant” and passionately supportive of cultural and racial diversity, will be helped by your initiative as a writer, speaker, and activist, to take the blinders off when it comes to our truly heartless cultural bias against children who are genetically diverse.

By the way, I have been engrossed in reading A Special Mother Is Born, but I made the mistake of taking it to a waiting room while my daughter was taking a class the other day. Not only couldn’t I put it down, but I couldn’t stop crying right there in public, because it is so powerful and so uplifting. I recommend it to the whole human race.

I know how you feel! My daughter often breaks through my emotional barriers and reminds me that I learn more when I am open to God than when I am “in control.” It is constantly humbling.

That’s a pretty universally valuable lesson all by itself!

This month, my newly-designed and re-launched website, AmazingCatechists.com, is featuring an Advent Giveaway of over two dozen Catholic books, and you have kindly donated a copy of your book. One of our columnists, Mary Ellen Barrett (who contributed to your book), is contributing another.

Thank you so much! Our readers are very excited to have a chance to read this extraordinary collection of inspiring, grace-filled, true stories, simply by leaving a comment anywhere on the site between December 6th and December 15th.

Leticia is a frequent guest on Catholic radio and TV and will be speaking with Mark Bradford of the National Catholic Bioethics Center, at the Family Research Council’s noon lecture on December 14, in Washington, D.C.

For more on women facing a Down syndrome diagnosis, with related quotes from Amy Julia Becker, see this.

A very blessed and happy Advent to you all!