Trending Now
You are at:Home»Featured»For Christians in Aleppo, Syria, Life Remains a Struggle
By ACN-USA News on April 12, 2016 Featured, Those in Need 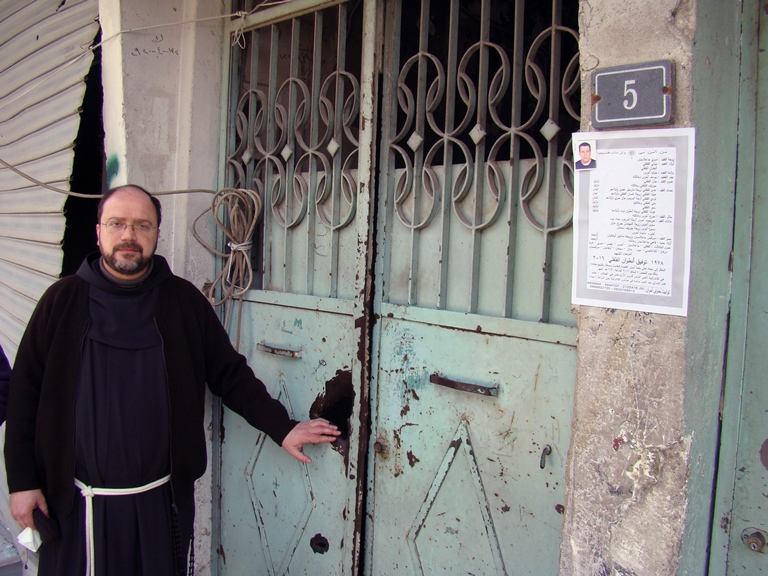 NEW YORK—The conflict in Syria entered its sixth year in March, but the ceasefire and ongoing talks in Geneva between the major warring parties have for the first time given rise to a glimmer of hope that an end to the conflict might be possible.

However, real security and peace remain elusive, for example for the people in the hotly-contested major city of Aleppo. Father Ibrahim Alsabagh, a Franciscan priest who works in Aleppo’s Roman Catholic parish told international Catholic charity Aid to the Church in Need: “Even though there is a lot of talk about the ceasefire at the moment, the bombing just recently started up again in those parts of Aleppo that are controlled by the regular army. And that is exactly where the Christians of Aleppo live.”

However, Father Ibrahim believes that even if the guns were to fall completely silent, everyday life would continue to be anything but easy for the people. “The situation of our families in Aleppo is simple to explain. Of all the families in Syrian cities, the families in Aleppo are worst off,” he said, adding that the majority of people are not able to buy food in an amount sufficient “commensurate with human dignity.”

“Fifteen of our parishioners were recently admitted to hospital and required blood transfusions because they were about to die of malnutrition,” the friar said.”

For many, live has changed radically in recent years. Father Ibrahim: “It is striking to see people who were industrialists earning hundreds of thousands of dollars and who have now become destitute. They have lost their offices and their companies with all of the machines. All they have left are bank debts that they cannot pay.”

In addition to malnutrition, there are also other supply problems. “Electricity is one of our greatest problems. Electricity is only available in homes via the electric generators of private companies that sell inflated prices,” he charged. “A family or even a single person needs at least two amperes to operate just two or three lamps or a television or a radio. Two amperes are not even enough to operate a washing machine or a pump in those rare instances when water is available. Two amperes are the minimum needed by a poor person or a poor family.”

With any less, Father Ibrahim said, you are sitting in the dark. “As we have already observed in many cases, this has caused a lot of people to suffer from a number of psychological disorders as wells as desperation.”

Families with children are especially hard hit by the lack of electricity. “A family with school children or children at a higher-level school or university cannot live without electricity since the children cannot do their homework or study without it,” the priest said. Father Ibrahim has launched “Project Two Amperes for Every Family.” “This is our contribution towards covering the minimal expenditures of a family. It is a form of aid that is also of psychological value and represents an expression of solidarity,” said Father Ibrahim, whose work is supported by donors from throughout the world.