Trending Now
You are at:Home»Columnists»Frack Nation Digs Up the Not-So-Scary Truth
By Marybeth Hicks on February 16, 2012 Columnists, Featured, Government & Politics 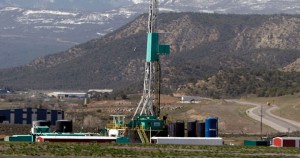 That’s the conclusion of documentary filmmakers Ann McElhinney and Phelim McAleer, who are on a quest to shed some light – and truth – on the subject of hydraulic fracturing, or fracking. They are producing a feature-length film called Frack Nation that looks at the process of fracking in an effort to combat the “scaremongering” surrounding this safe and useful method of energy production.

If all you have is a little knowledge about fracking, you may believe this method of extracting natural gas from the ground causes environmental and health risks, and therefore should be banned. In fact, you would be unlikely to come to any other conclusion since 2010 when the movie Gasland was released, in which producer Josh Fox portrayed fracking as an evil and dangerous practice.

But like much of the environmentalist propaganda that passes for hard science, it turns out Fox’s conclusions about the dangers and impact of fracking are misleading. McElhinney says Gasland was misrepresentative, and plans to investigate the health claims surrounding the process to reveal the startling lack of scientific evidence to substantiate them.

Frack Nation also will tell the human story of hope and opportunity for people in hard-hit regions of the nation whose lives can be transformed by the ability to use fracking to produce natural gas. Areas such as upstate New York, western Pennsylvania and North Dakota could be promising sources of natural gas if landowners can use fracking to tap reserves deep under the ground.

“It is incredibly important that we tell this story and we tell this story right,” Ms. McElhinney said. “It is disheartening to meet people in upstate New York – farmers who are not able to hang on to the family farm – because of elites who want to take away an extraordinary opportunity for people living in counties where the average salary is less than $20,000 per year. How dare they?”

Because of Gasland and the hype about the supposed dangers of fracking, Ms. McElhinney said, state and local environmental policies are hindering landowners’ abilities to tap the energy resources under their properties, eliminating the economic benefits for individuals and families and impeding domestic energy growth.

The filmmakers of Frack Nation say the issue isn’t about just energy or the environment, but about personal freedom.

“America is the only nation on the face of the planet where if you own land, you own the mineral rights underneath your land,” she said. “No other country allows this. This is important, and we have to be willing to fight for it.”

To finance the film and involve everyday citizens in the fight to promote the right to engage in fracking, Ms. McElhinney and Mr. McAleer launched a “crowdfunding” effort at FrackNation.com to collect contributions of as little as $1 from individuals who will be named as executive producers of the film. After nine days, they raised more than $50,000 of their $150,000 goal, with more than 600 donors.

“When they learn about the injustice of the environmental propaganda that’s out there, people think there’s nothing they can do,” Ms. McElhinney said. “The enviros are going to frame the debate and declare that the science is settled. But it’s not settled and there is something you can do. You can help us to tell the truth.