Trending Now
You are at:Home»Featured»What If We Removed Wartime Conscience Exemptions?
By Dr. Paul Kengor on February 16, 2012 Featured, Government & Politics 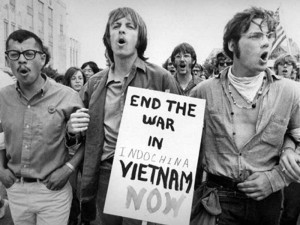 Last Friday, President Obama responded to Catholic bishops’ concerns over his controversial mandate compelling Catholic institutions to provide contraception, sterilization, and abortion-inducing pharmaceuticals. Many media sources reported Obama’s action as an “accommodation,” with some describing it as a “reversal.” It is hardly that. Many Catholics find it arguably worse.

Without dissecting the president’s action, the overriding problem remains: We are facing a continuing creep—really, an assault—on the consciences of not only committed Roman Catholics but millions of pro-lifers when it comes to abortion. Slowly but surely, whether through taxpayer funding of abortifacients or Planned Parenthood or Planned Parenthood International or the deliberate destruction of embryos—just for starters—we are sliding down the slippery slope. I fully agree with Bill Donohue of the Catholic League, who believes the ultimate objective is for taxpayers—all of them, regardless of religion—to forcibly pay for women’s abortions. As a Roman Catholic intimately involved in the pro-life movement, I can report that many of us are certain that “Obama-care” is carrying us across that dark threshold.

Moreover, it pains me that the Obama administration is proceeding with far higher support among liberals than I ever imagined in America. All of my life, my pro-choice friends insisted that they simply want the “right” to an abortion. They told me to back off, to leave them alone, to allow them their “choice.” Well, they have that, and more—but apparently it isn’t enough. An alarmingly high number of them will not rest until my pro-life allies and I help pay for their decisions and send our tax dollars to the nation’s largest abortion provider. It is truly shocking to watch them casually and crassly disregard or deny us the quintessentially American notion of conscience exemption.

And there, I warn them of another slippery slope they ought to consider: Do they really want to go down this road of banning conscience exemptions?

Think about it. How many liberals reading this article embraced the right of conscientious objection during the Vietnam War? During times of mandatory military service, this nation has mercifully granted conscientious objection. If you were convinced, based on your faith in particular, that war was wrong, you had the option to not participate. I could fill this page with the words of Catholic monks and priests who publicly defended that right during Vietnam, from Thomas Merton to the Berrigan brothers. They were heroes of liberals for taking that stand.

In fact, here, too, the Catholic Church, as an institution, has a lot to say:

The monumental Second Vatican Council (“Vatican II”), which convened in the early 1960s, issued a Declaration on Religious Freedom affirming that Catholics are duty-bound to faithfully follow not the dictates of a government but their conscience, and that no person should be “forced to act in a manner contrary to his conscience.” The Church’s Pastoral Constitution on the Church in the Modern World states that governments cannot compel a citizen to engage in military service if that person is convinced that physical combat is sinful. The Church condemns “blind obedience” to unjust regimes that commit unjust actions.

Popes and bishops and Catholic theologians before and after have consistently reaffirmed these positions. During the heart of the Vietnam War, the American bishops issued major documents supporting both universal and selective conscientious objection.

On a related point—which, again, liberals will applaud—the Church has demanded humane treatment for wartime non-combatants, for the wounded, and for POWs. The Catechism of the Catholic Church states this explicitly.

Generally speaking, the Catechism, which is the official teaching of the Church, proclaims that, “Citizens are obliged in conscience not to follow the directives of civil authorities when they are contrary to the demands of the moral order.” Quoting the New Testament (Acts 5:29), the Catechism states: “We must obey God rather than men.”

The Church is firmly against the unjust violation of human life, beginning in the womb.

Importantly, though I’ve cited Catholic teaching, millions of non-Catholics follow these principles. And huge numbers of secular liberals adamantly endorse these teachings on conscience and war.

Conscientious objection is a precious right in this nation. It must remain so.

Have “abortion rights” become so sacred to liberals that they are willing to sacrifice conscience exemptions at the altar of Roe v. Wade? Do they really want to head down this road? I suggest they stop and think hard about what they’re advocating.