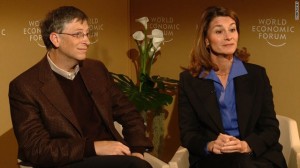 The Bill and Melinda Gates Foundation wants to gather commitments of billions of dollars from heads of state and other leaders for contraceptive programs aimed at poor women. The Gates Foundation also wants governments to help overcome what they consider to be “barriers” to contraceptive use such as parental involvement. These efforts will take place at a Gates-sponsored Family Planning Summit on July 11 in London.

According to a Gates Foundation paper published in conjunction with the government of the United Kingdom, a key goal is permanent government funding for advocates to promote global agreements on sexual and reproductive health services and rights, and to lobby for more money for contraceptive information and services.

Melinda Gates insists the campaign is not associated with abortion or population control. She says is it about enabling women to choose as small or large a family as wanted. Yet the Summit provides no support for maternal or child health, and its primary partners have engaged in forced abortion and sterilization campaigns.

Even Amnesty International fears the campaign will “return to coercive family planning programs.”

The outcome document for the Summit calls on all members of the “global community” – countries, donors, civil society, manufacturers and others – to fund and advocate for family planning for all, including for the unmarried and adolescents.

The Summit’s underlying premise is a so-called “unmet need” for contraception. The concept refers to women not wanting a child immediately and not using contraception for any reason – including infrequent sexual activity, dislike of side effects, or religious objections. According to Harvard professor Lant Pritchett, women who have no expressed desire for contraceptives are reported as needing it. Also women “who require motivation to want what they are presumed to need.”

This broad net capturing women who do not want to use contraception, and may desire children at a later time than when surveyed, explains the Summit’s overbearing intention to use funds to “increase demand” for contraception.

Funds raised by the Summit will also be used to buy and distribute more contraception, presuming that women want contraceptives but cannot obtain them. Yet the World Bank reports, “unmet need should not be equated with the lack of access to contraception . . . women with unmet need may still not have any intention to use contraception were it readily accessible and of good quality.”

In fact, contrary to the two main arguments promoted by family planners, studies show that greater access to contraception does not result in fewer pregnancies or abortions.

Critics fear the Summit’s campaign for contraception will divert funding and staff from struggling health issues that lack powerful advocates, such as medical care for pregnant women.

The tightly-controlled Summit is organized by the UK’s Department for International Development, which has been charged by the Guardian newspaper with funding India’s coerced sterilization program. So tightly is the conference organized that the venue will not be announced until shortly before the meeting commences, and only governments that make pledges can attend. International Planned Parenthood Federation, the largest abortion provider, is mobilizing civil society ahead of the event. Pro-lifers are complaining about the lack of transparency and accountability.