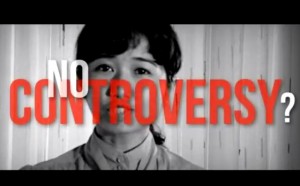 Pro-life protesters at the Family Planning Summit in London last week signaled that opposition to the multi-billion dollar campaign is not going away.

Held on the 100th anniversary of the first eugenics conference in London, the UK’s Department for International Development (DfID) and the Bill and Melinda Gates Foundation harnessed the seats of power – governments, scientists, media, activists – to launch this latest effort to blame children for poverty and women’s troubles.

If previous actions are an indication of future performance, Gates and DfID can expect pro-life advocates to counter each aspect of their campaign. With little advance notice, protesters showed up, video messages were circulated, leaders published editorials in newspapers around the world, and pro-life statesmen were activated.

Melinda Gates said she was convinced of the “unmet need” for contraception by listening to women in visits arranged by family planning groups. To fill the gap, Human Life International released an edgy video of young African and Asian women telling “Facts for Melinda Gates.”

“You may have the best intentions, but you don’t seem to understand what young women really need,” they state. Oral contraception contains carcinogens and can worsen the spread of AIDS, they note. “We need better schools, better hospitals, better roads . . . help us build a culture of respect for women.”

At the Summit, Pfizer announced plans to develop a new device for Depo-Provera that can be delivered by less skilled health workers. The new injectable contraceptive will be tested on women in Senegal and Uganda. Merck pledged up to $25 million to advertise and distribute family planning services to address maternal mortality. These pharmaceutical companies will reportedly see profits rise to $17 billion from contraceptives.

Australian Bishop Eugene Hurley, deputy chairman of international aid and development for Caritas Australia published an editorial criticizing the misguided focus. “When basic health in developing countries is so limited, when a population has no access to basic, life-saving antibiotics, especially in the most remote regions where maternal mortality is most severe, it is unrealistic to think these methods can be administered responsibly.”

Days before presidents pledged support, including removing cultural and religious objections, and the Hewlett Foundation and Packard Foundation vowed to fund political advocacy, the Parliamentary Network for Critical Issues (PNCI) alerted its international network of lawmakers of the Summit organizer’s devotion to abortion. “DfID set up the Safe Abortion Fund [to fund radical abortion groups]after President Bush reinstated the US pro-life Mexico City Policy,” which barred US funding of international abortion groups.

“The Gates Foundation’s position that it does not fund abortion loses credibility by the day when its partners and recipients of funds seek to overturn laws protecting children in the womb and their mothers from the violence of abortion,” PNCI stated.

Media focused on Melinda Gates’ break from Catholic teaching on contraception. Overlooked was opposition by Evangelicals. The director in Ghana for Marie Stopes told IRIN News “It’s the new evangelical churches that are far more outspoken about this sort of thing.”

Christian Freedom International, an Evangelical aid organization explained its opposition: “The summit has advanced the suggestion of a practice [abortion/population control] that will directly affect those who are discriminated against for their personal faith.”

Even academics joined in the criticism, debunking the concept of an “unmet need” for contraception on the World Bank blog.