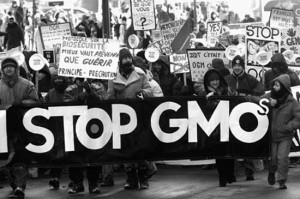 As a former California girl, I am aware that my state of origin is full of contradictions like women who are on the Pill eating nothing but organically grown produce.

Back in 2004 Californians overwhelmingly voted with Prop 71 to publicly fund embryonic stem cell research with billions of dollars because they were told that cures would come. Monies from Prop 71 were going to go fund what everyone was calling the best, most promising line of research: therapeutic cloning. Therapeutic cloning would create a cloned embryo through a process called somatic cell nuclear transfer (SCNT) and then destroy that embryo for his or her stem cells. Those stem cells, Californians were told, were going to cure disease. So Californians were cool (whether they realized it or not) with creating genetically-modified human clones (the clones would have mitochondrial DNA from the woman whose egg was used in the cloning process) for medicinal purposes.

Fast forward to 2012 and now California is voting on Prop 37. So while the idea of treating patients with stem cells from cloned embryos was acceptable to CA residents, eating food from genetically-modified organisms (GMOs) is not. Prop 37 would require labeling of food products that contain genetically engineered organisms. The Prop states:

California consumers have the right to know whether the foods they purchase were produced using genetic engineering. Genetic engineering of plants and animals often causes unintended consequences. Manipulating genes and inserting them into organisms is an imprecise process. The results are not always predictable or controllable, and they can lead to adverse health or environmental consequences.

Now I am not against labeling, I think we should know what we are eating, but what is good for the goose is good for the gander. If we are labeling products “Because We Have The Right To Know What’s In Our Food!” then we have a right to know what went into our medical treatments as well.

Labeling cannot just be for causes that are darlings of the Left. It is past time for labeling legislation that would tell consumers if aborted fetal tissue was used in the development or manufacture of products that we use like vaccines or stem cell treatments.

Californians are not the only one who seem conflicted about genetic engineering. There are many people who would support cloning for stem cells but would not eat meat from a cow cloned with the same technique. I have always said that if I was forced to choose between implanting myself with stem cells from my dead embryonic clone or drinking milk from a cloned cow, I would ask, “Do you have any Oreos?”

There are many others who would not eat food made from genetically modified organisms but would be happy to genetically modify themselves or their offspring to be smarter, faster and stronger.

So while it seems society is not alright with eating GMOs, many are happy to be treated with cells from GMOs, or even become GMOs. Go figure.