Trending Now
You are at:Home»Columnists»Mascara, Paul Ryan and Me
By Cheryl Dickow on October 22, 2012 Columnists, Featured, Government & Politics, Women 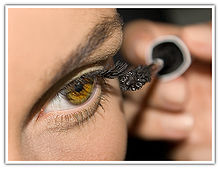 I only wear mascara for special occasions: Easter, Christmas, Sunday Mass, an evening out with hubby, lunch with friends. It isn’t a daily, automatic thing for me.

So when I was getting ready to attend the Paul Ryan rally in our area this past week, I thought it odd that my instinct was to put on mascara. This was especially unusual because there I was in jeans and a Romney-Ryan t-shirt—not “mascara worthy” clothes in my mind.

Don’t get me wrong. I’m happily married so I wasn’t planning on flirting with Paul Ryan when I met him. Mostly I was assuming, though, that I would get to meet him. I wanted to let him know that I have been praying the Rosary for the Romney-Ryan ticket and was excited to imagine such a capable team in the White House. My oldest son is a numbers guy (an actuary) and I have an affinity towards people who can “do the math.” I like the idea of where our country will be heading should the Romney-Ryan team be victorious this November.

I had so much to share with Paul that evening.

So, imagine my surprise when it took almost two hours to get into the arena and then it was standing room only! I realized that I had been duped by the media.

Media bias is, as far as I’m concerned, very much like gravity. It is there and I know it. I don’t need to hem and holler about it. It is frustrating and even nauseating, but I’m old enough and smart enough to know of its existence.

I have hope despite of it.

And yet I had been duped.

As I stood in the packed auditorium screaming chants and cracking up at the other great t-shirts I saw (this one made me chuckle: I’d rather vote for a Mormon than a moron) I had to laugh at myself for thinking I would meet Paul Ryan. I realized that in applying that mascara, I believed all the liberal bias: I didn’t think anyone liked Paul Ryan but me. Well, maybe me and a few other middle-aged women. I didn’t imagine anyone in the great state of Michigan was supporting the Romney-Ryan ticket. I figured there would be about 30 or 40 of us huddled together sharing stories and building one another up.

That is what I have come to believe this election season: there are only a handful of us who are sickened by abortion or worried about the debt and Medicare and Obamacare and mismanagement of funds and overspending and dependence on foreign oil. And those few of us were going to get together and strategize and become fast friends at the Paul Ryan event last Monday. We were going to bolster Paul up and share with him how proud we are of what he is attempting to do and let him know we trust him and are behind him.

Yep, me and 7,000 other people must have had the same idea that cold and blistery night that we waited in line for hours to hear this intelligent, articulate man speak. As it turns out, I didn’t need to wear my mascara but I’m glad I did. Paul Ryan really is “mascara worthy.”