Trending Now
You are at:Home»The Catholic Family»Education»Get Government out of Student-Debt Business
By Dr. Shawn Ritenour on May 18, 2013 Education, Featured, Government & Politics 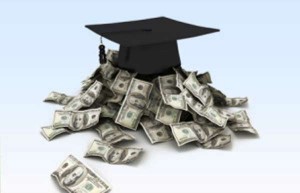 As millions of students and their parents are preparing for life after commencement, they’re also preparing to deal with massive student loans. Increasingly, people are concerned about the student debt situation brewing on college campuses. The present state of student debt is not a pretty picture.

According to a report published by the New York Federal Reserve Bank, college students are borrowing more than ever and debt delinquency is on the rise. Student debt almost tripled between 2004 and 2012 and is now just over $1 trillion. In fact, student debt is the only kind of household debt to rise during the Great Recession and is now second only to mortgage debt in magnitude. At the same time, for all age groups the share of borrowers who are more than 90 days delinquent on their student loan repayment has almost doubled.

Some, like Federal Reserve Chairman Ben Bernanke, claim that student debt is not inflating a higher education bubble that will cause a financial crisis, because the vast majority of student loans are backed by the U.S. government. The taxpayers are on the hook and not the banks, so banks will not be in financial distress if students default.

Bernanke’s claim is revealing. It’s clear that he thinks that the financial system is the economy. It seems that if the financial system is afloat, everything is okay. Such reasoning ignores that what helps people achieve their ends is not money per se but the actual producer and consumer goods that are produced throughout the social economy.

Alas, investment made possible by subsidized loans of newly created money contributes to an unproductive use of resources. Thus the economic problem with government-guaranteed student loans. Consider:

In the first place, it is not at all clear that the educational payoff matches the expense. According to data from the Collegiate Learning Assessment, 45 percent of students demonstrated no significant learning in their first two years of college and 36 percent demonstrated no learning in four years. According to the National Assessment of Adult Literacy, from 1992 to 2003, literacy among college graduates declined at about the same rate that enrollment grew; all the while government grants and guaranteed student loans significantly increased.

This dismal educational payoff is largely because much of increased subsidized tuition payments have been absorbed by increases in personnel. For example, in 2007, colleges utilized 13.1 percent more employees to educate the same number of students than they did in 1993. The vast majority of growth has been in administrative staff. From 1976 to 2005, the number of administrative staff per student more than doubled; from 3 per 100 students to more than 6 per 100 students. The financial effect of administrative bloat is magnified by the fact that the average mid-level and senior-level administrative salaries are noticeably higher that the average faculty salary. Between 1993 and 2007, while expenditures per student for instruction increased 39.3 percent, expenditures per student for administration increased by 61.2 percent

Making the college experience available requires using many resources—land, labor, buildings, desks, computers, energy, and all sorts of amenities. These are all resources that have alternative uses. If they are being allocated to provide education merely due to government subsidies, it is likely they would be more valued in other uses.

That student debt is fueling malinvestment is indicated by the rising debt delinquencies. Like the old gray mare, the college wage premium ain’t what she used to be. Increasing default rates prove this. What matters is not only the level of a post-college salary, but the level of that salary relative to the cost of college. As higher salaries fail to keep pace with college tuition, an increasing number of students are put at risk of not paying off their loans.

Additionally, many students who have borrowed money for college do not complete college. Six-year college completion rates at public four-year institutions have remained just below 55 percent for a decade. At the same time, the four-year rate has been stuck around 30 percent.

Colleges, universities, and their students are caught in a costly game of leap frog. The perceived need for financial aid and loans results in more government subsidies. More debt results in more demand for college schooling and consequently higher tuition. Higher tuition increases the perceived need for more debt. More student debt increases the demand for college which increases tuition price. On it goes.

The only solution is to get government out of the business of subsidizing student debt. Then, at least decisions of students to borrow and banks to lend—and colleges to set tuition—will be based on economic reality rather than the shifting sand of monetary inflation.