Trending Now
You are at:Home»Featured»“Get Thee to a Nunnery”
By Joseph Backholm on June 11, 2013 Featured, Government & Politics, The Homosexual Agenda, The Social Order

He who defines the terms wins the debate. In the debate over religious freedom, we haven’t done a good job of defining the terms.

When we were debating the redefinition of marriage in Washington State, we were assured that religious freedom was adequately protected. “I believe the bill does a good job of protecting religious liberties,” Rep. Jamie Pedersen, who sponsored the bill in the state House of Representatives, said at the time. 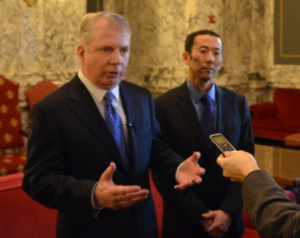 The Senate sponsor, Ed Murray, similarly stated that “…this legislation will not redefine marriage for heterosexual couples and, second, it will not infringe on religious freedoms.”

Today, however, the state Attorney General, Bob Ferguson, has filed a lawsuit against a florist who did not want to lend her professional services to a same-sex wedding ceremony and both of these elected legislators are supportive of it.

What gives? I thought they cared about religious freedom. Were Pedersen and Murray lying? Not necessarily. They just meant something very different than what most people heard. However, clarity is coming.

During a debate over civil unions, Colorado State Senator, Pat Steadman, was speaking in opposition to an amendment protecting the religious liberty of those who believe in natural marriage. He said, “This bill does not reach into anyone’s church or mosque or synagogue. You can have all the free exercise there that you want.”

Apparently in his mind, the First Amendment’s guarantee of the free exercise of religion is limited to within the walls of a church, mosque, or synagogue. Concerning, but important.

There is more. Paraphrasing Shakespeare, Steadman said those wanting religious exemptions from the law because of their beliefs about marriage should, “get thee to a nunnery. . . Go live a monastic life, away from modern society . . . away from the people you can’t see as equals to yourself. Away from the stream of commerce where you might have to serve them, or employ them, or rent banquet halls to them. Go some place and be as judgmental as you like. Go inside your church, establish separate water fountains, if you want. But don’t claim that free exercise of religion requires the state of Colorado to establish separate water fountains for her citizens.”

We neglected to define the terms. When they said they respected religious freedom, we assumed that religious freedom means what it has always mean; that individuals have the right to make decisions consistent with their faith in whatever sphere of society they found themselves. We’ve always believed that the freedom of religion prohibited the government from creating obstacles to public or civic life because of one’s religion.

They don’t mean that at all. As with the term “marriage”, they’re redefining “religious freedom” as well. Of course it will be allowed to flourish…in monasteries away from public life and the streams of commerce. After all, they love diversity, so long as those who disagree with them stay on the other side of the tracks where they belong.

Many of us are content to watch the florists lose their freedom because we’ve been told our churches won’t be forced to perform a same-sex wedding. Don’t get too comfortable. 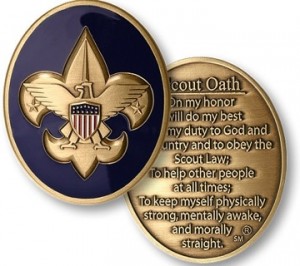 Now that the Boy Scouts have caved, there isn’t a single secular institution that holds a Judeo-Christian view of marriage and sexuality. That means the churches are the only thing standing between these moralists and their view of a truly tolerant society.

For those of you who believe your local incubator of hate (church) will be allowed to continue poisoning minds (preaching the Gospel) with stories of judgment and intolerance (sin and redemption) without interference…I’ve got some oceanfront property in Arizona.

First they came for the florist…but I said nothing because I was not a florist. And then they came into my church, strategically located in the middle of the city because we saw it as an area of greatest need. And they said “Get thee to a nunnery.” 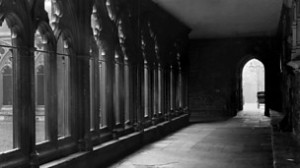