Trending Now
You are at:Home»Featured»Government is the New Race
By Daniel Greenfield on June 10, 2013 Featured, Government & Politics, Law & Justice 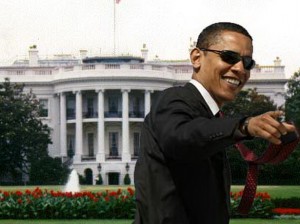 MSNBC is to news channels as Ringling Bros’ Clown College is to Harvard University. There’s a certain distant resemblance. Everyone sits behind desks and reads from teleprompters. And that’s where the resemblance ends.

The cable news version of Air America only has two topics. 1. How Congressional Republicans are obstructing some bill or measure that would finally end discrimination against the designated victim group that MSNBC has decided to care about this moment. 2. Racism. Which is to say that it actually only has one interconnected topic.

On Wednesday [June 5th], Martin Bashir declared that IRS was the new N word; which would mean that IRS is now the unpronounceable I word. “Three letters that sound so innocent, but we know what you mean,” Bashir said. I don’t know anyone who associates those particular three letters with innocence, except Obama’s media defenders for whom a giant ruthless government agency is the innocent victim of a Republican hate crime.

As supporting evidence, Bashir quoted the widely misrepresented Lee Atwater interview. In the interview, Atwater was saying that politics was becoming deracialized because even racist voters were backing non-racist agendas, even if for racist reasons, making racist politics abstract.

That quote has been endlessly misquoted to “prove” that when Republicans support lower taxes, it’s really coded racism. Atwater clumsily said that racial politics were becoming abstract, and the left responded by racializing all politics, including the politics of the IRS.

Atwater was right that racism in politics has become abstract, but he was wrong in assuming that it was going anywhere. Real racism in politics is hard to find, but the political abstraction of racism is everywhere. Any attack on Obama is immediately racist, whether it’s calling him a Socialist or demanding an investigation of IRS abuses, because Obama is, in Bashir’s words, “the black man in the White House.”

That and nothing else.

Rather than bringing the racial healing that some expected, the Obama years so dramatically racialized national politics that even IRS is now a racial slur. And that racialization reveals how dependent on race the entire liberal program has become.

Liberalism racialized itself by defining itself entirely in terms of social justice. To oppose the liberal expansion of government was to be a racist.

The process has gone so far that it is hard to remember that at one point it stood for big ideas. Today the only big liberal idea is big government, and that idea is armored with a system of racial subsidies and privileges that uses black people as human shields against government critics. But the racial privileges and subsidies aren’t the point; they just provide the moral legitimacy for the trillion dollar deficits that end up in the bedroom communities around Washington DC.

The abstraction of political racism from real racism and social justice from the actual interests of the black community has gone so far that an administration that has presided over record black unemployment is always defended in racial terms.

Liberalism has not only become identified with racial politics, it has swallowed racial politics so completely that they no longer exist on a national level. National racial politics is just liberalism misspelled and when an MSNBC anchor equates IRS with a racial slur, it becomes rather clear that there is no longer any race in racism. Racism in politics has become so abstract that it no longer has anything to do with black people.

The latest administration boondoggle, illegal alien amnesty is expected to economically devastate the black community. If there was ever a policy that deserved to be criticized on racial grounds, it’s the proposal to bring in huge numbers of unskilled workers at a time when 1 in 7 African-Americans are unemployed. But it won’t be, because racism no longer refers to policies that disadvantage black people, but policies that limit the power and scope of big government.

If there’s anything that ought to be equated with the N Word, it’s not the IRS; it’s Amnesty. Amnesty is the code for the economic and political disenfranchisement of African-Americans across the country. But it’s also a code word that can’t be spoken. The IRS can be decoded to reveal the abstract inner racism of its critics, but a bill that would put millions of black people out of work is being passed off as the greatest civil rights achievement in a generation.

African-American leaders mortgaged their history and their interests to the Democratic Party and got back affirmative action and a few community grants. And now their history has been foreclosed on. It has been so detached from them that it can be used as PR spin for any government organization. Even the IRS.

It isn’t the Republicans who have abstracted racism. The Democrats built up a politics of racism and then adopted the mantle of racist anti-racism when it became convenient, pivoting from States’ Rights to Federalism and then claiming credit for the century-long Federal civil rights project of the Republican Party. And when that was done, they stole the history of the people they had enslaved and oppressed.

Obama represents the culmination of that abstraction of race and its identification with liberalism. His race, like so much else about him, is symbolic. His role isn’t to usher in racial healing, but to further hijack a racial legacy that he was never part of and turn it into political fodder for the party of big government.

Race for Obama is abstract. His identity isn’t racial, it’s political. Race is only a tool for his politics, it doesn’t define his politics. In this he is no different than the rest of the left for whom race, gender, class, profession, and any other aspect of identity are tools to be used to promote the ideas and policies of the left, but can never be allowed to truly define those policies.

Obama represents the symbolic union of racial grievance and leftist politics; but there is no doubt which one of these is in the driver’s seat.

The left played the black community, bribed their leaders, tossed a few trinkets to the masses and then plundered their heritage and history. The economic potential of the black community was destroyed to leave them with few options but to serve as the cannon fodder of big government. Black history and politics have been so thoroughly hijacked that a media personality on the propaganda channel of big government can claim with a straight face that IRS is a racial slur.

Unpacking Bashir’s meaning leads us to the inevitable conclusion that the real victims of racism are big government organizations. And that reduces the civil rights movement to an apologetic for the uncontrolled expansion of government. It turns “I Have a Dream” into “I Have a Government Office” and the Selma to Montgomery March into a commute to a Washington DC bedroom community that most of the black population of the city can’t afford to live in.

Black history has become a commodity. It was mortgaged to the Democratic Party which turned it over to the IRS. And when history turns into a commodity, it is cut off from the flows and currents of a culture. It is reduced to an item of intellectual property to be exploited, developed and then finally discarded. In this state, it cannot grow or change. It does not reflect the soul of a people. And without it, the soul of a people grows stifled and musty. Without control over their own history, a people are unable to grow and change.

The only way this will change is if the black community makes the decision to reclaim its history and its interests from parties and political organizations.