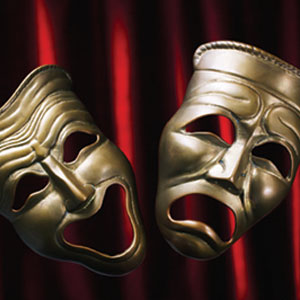 A leading consortium of reproductive health advocates announced its intention to drop “post-abortion care” from its title and to begin campaigning for “comprehensive abortion care” instead.

At an event in Washington announcing the shift, one advocate said that sustaining post-abortion care was never the goal.  “Post-abortion care” was meant to be an “entry point.” She then presented the strategy for what will now be the consortium’s open promotion of abortion.

The group was apparently emboldened by the liberalizing of abortion laws in developing countries.

Pathfinder International, the host of the meeting and the current administrator of the Post-Abortion Care (PAC) Consortium, is one of eight partnering organizations that since 1993 lobbied Western governments and UN agencies to allow family planning funding for abortion. Two of the biggest international abortion groups, International Planned Parenthood Federation and Ipas, also members of the PAC consortium steering committee, set the PAC strategy in motion defining the term that same year.

Post-abortion care is legal everywhere, since by definition it provides essential medical treatment to a woman suffering from complications of an incomplete abortion or spontaneous miscarriage. However, as Steven Mosher from the Population Research Institute points out, the reality on the ground is that abortion is often provided under the guise of post-abortion care.

The PAC Consortium annual meeting reviewed past success in promoting abortion in countries like Ethiopia, Egypt and Ecuador, presenting these as models on how to systematize abortion working within what is permitted by law. In Bangladesh where abortion is technically illegal, “menstrual regulation” was highlighted as the cover for a woman to abort.

As countries change their laws to allow legal exceptions for abortion, even in very restricted circumstances, consortium members work from within countries to broaden the application. Government officials and health ministers are lobbied by abortion advocates often equipped with the World Health organization’s guidance document on the roles of health care workers in providing abortion to help persuade officials to mainstream abortion by including it in family planning clinics where community health workers and midwives can be brought in to assist.

Ipas has long worked to promote abortion by a plastic manual vacuum aspirator (MVA) or by pills. The latter was facilitated by the inclusion of misoprostol to the WHO’s essential medicines list.

Abortion advocates lobbied for the inclusion of misoprostol to the list as a treatment for bleeding after childbirth, knowing its off-label use as an abortifacient would allow women to self-induce an abortion and then seek “post-abortion care.”  Consortium members also cited WHO guidelines to promote “self-management abortion” to make abortion more convenient for poor women in less developed countries.

Members of the PAC, soon to be CAC or “Comprehensive Abortion Care” Consortium, asked presenters how the move from post-abortion care to comprehensive abortion care could jeopardize funding from the United States Agency for International Development (USAID), which has funded PAC programs since 1994.

Most of the organizations in attendance were USAID PAC grant recipients. The question was never answered though it was announced a subsequent meeting would be scheduled to discuss what participants called “an overly conservative reading of compliance” with existing U.S. laws preventing foreign aid funds being spent on abortion.

Consortium members spoke freely about their willingness to work with “extra-legal” groups which dispense abortion pills in violation of national laws.