Trending Now
You are at:Home»Learn & Live the Faith»Apologetics»God and Sasquatch
By Tim Weldon on April 11, 2011 Apologetics, Featured 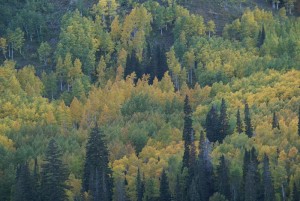 On the heels of this spring’s yet another sighting of Bigfoot, the holy grail for cryptozoologists and the slightly curious worldwide, I experienced my own sighting—this one took place  in my mind’s eye, was limited to print, and included just eleven words: “Our hearts are restless until they rest in Thee, O Lord.”

Augustine of Hippo’s (354-430) memorable statement opens one of the greatest works in the Western Canon, its first and most famous autobiography, The Confessions. Among the slightly curious, my mind kept coming back to these words as I read and re-read the ABC News report on the Bigfoot spotting (Bigfoot Sighting? North Carolina Man Posts Footage of Sighting). I even dared to watch You Tube for the accompanying bonus coverage: a five second video clip of the hirsute biped sashaying the width of a country road.

“It smelled like a cross between road kill and a skunk,” stated the chief witness and video poster, Thomas Byers of Shelby, North Carolina. Skunk is exactly what I smelled even before viewing the video. I wasn’t alone. “Everything about it says hoax,” said Benjamin Radford, the managing editor of Skeptical Inquirer magazine. Mr. Radford’s appreciated and foregone conclusion notwithstanding, it was less the assuredness of a hoax that led me to the story and more the motivation behind sightings and searches for Bigfoot and the interminable list of every sighting of paranormal creatures (and even many UFOs) past and present. From traipsing, vengeful mummies to the current vampire-werewolf-specter chic, belief in the patently bizarre abounds. One cable television show has hunted for at least one ghost every episode of its six year run. Despite the expansion of budget, cast and crew, and international spin-offs, the show has nary a scary result. Even against the odds, something tells me the hunting will continue

How much our fascination with the outre is a matter of amusement, how much of it is committed belief is difficult to discern, but entertainment aside, the motivation behind belief in the paranormal is very traceable. Its source can be found in the relationship between our natural reason and our faith in God and the very real possibility — or likelihood — that the lack of the latter diminishes the strength of the former. “It’s the effect of not believing in God that you lose your common sense, and you cannot see things as they are,” wrote G.K. Chesterton (1874-1936). As Augustine reminded us, nothing human and natural can or will suffice. God is the goal, and eternity with Him our greatest and ultimate desire. Common sense supports this — provided there is first faith in the existence of a loving God. Absent this, why wouldn’t we engage in a surrogacy of the strange, constantly striving to fabricate any number of creatures to falsely fill the void. In his most recent book, Light of the World, Pope Benedict XVI eloquently cautions us that where there is no belief in God there is an inclination to “create something that is fictitious, a false eternity.

This is goes beyond opinion. In the 2008 Baylor University study, “What Americans Really Believe,” researchers discovered that the less likely a person was to believe in God the more likely they were to believe in the paranormal, confirming the role of common sense and reason as an indispensable support to faith. Untethered to what the heart and mind have ascertained as truth, those without faith seem to embark on their own journey for God by proxy, their disappointment guaranteed by impish plots, skewed narratives or the wholly unsupportable.

Still, where faith is present, hope has its own guarantees. And faith is all that is needed for the short, sweet journey back to God — that and a little common sense.