Trending Now
You are at:Home»Featured»God Can Transform the Worst Sinners into Saints
By Mark Davis Pickup on January 9, 2012 Featured, Life Issues & Bioethics, Live in Christ 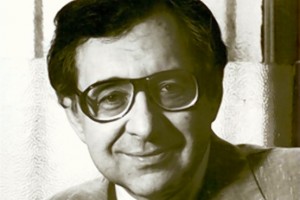 Things designed for good can be used for bad purposes. Art in its proper context captures images of beauty in the world or perverted to promote evil such as pornography. Books can teach and enlighten while others promote falsehoods or hatred. (Be careful what you read or watch.)

Sometimes that which is life affirming in one context can be life denying if misused in another context. A drug that was originally intended to try to save life can also be used to kill.

Otherwise good people can also be corrupted to commit terrible evil. They may succumb to do evil by the temptation of money, or ideology, or lust, or acclaim. There are a multitude of vices or circumstances to tempt well-intentioned people to do wicked things.  That is the bad news about humanity. The good news is that God can transform the worst sinners into saints. History is replete with examples of both. Archbishop Fulton Sheen said, “No character, regardless of the depths of its vice or its intemperance, is incapable of being transformed through cooperation of Divine and human action into its opposite.”

We see this plainly when people with medical knowledge use it to perform abortions or engage in euthanasia. Medical knowledge should only be used to heal or preserve life. Every doctor who performs abortions abandons the proper the intent of medicine and the Hippocratic tradition.

Dr. Bernard Nathanson (1926-2011, pictured above) was a successful obstetrician-gynecologist who became an abortionist.  In 1969, he co-founded the National Association for the Repeal of Abortion Laws, the precursor to what is now known as the National Abortion and Reproductive Rights Action League or NARAL Pro-Choice America. He was the director of one of the Nation’s largest abortion facilities in the 1970s and in the late 60s and early 70s he helped his fellow abortion advocates lie about fetal development and illegal abortion statistics in order to push for legalized abortion. By his own admission, Dr. Nathanson was responsible for the deaths of over 75,000 unborn children, personally killing thousands himself, including one of his own.  By the mid-1970s, he changed his views on abortion, ceased performing them, and became profoundly pro-Life. In 1996, this one-time atheist was baptised and confirmed into the Catholic Church.  Prominent Opus Dei priest Father John McCloskey said Dr. Nathanson’s conversion was “one of the great Catholic moments of the 20th Century in the United States.”

Although Nathanson knew he was completely forgiven, until his death, he seemed tormented by the  realization and memory of the great evil in which he had been involved and promoted. Yes, God forgave Bernard Nathanson completely, but did Bernard Nathanson completely forgive himself? To the end of his life, Dr. Nathanson worked to stop what he previously worked to establish: Abortion in America. I pray that he fully allowed the redemptive work of Christ at the cross to free him.  Nathanson’s last fifteen years should have been lived in the liberty and freedom Christ offers. All that passed before was forgiven in his confession, repentance and faith in Jesus Christ and washed away in the waters of Baptism.

Such a dramatic change of heart is what the cross can achieve. As Fulton Sheen reminded us, there is no character so bad that it is incapable of being transformed by God into its opposite. That should be cause for great rejoicing for us all.

One day when I was a child I asked my father why we call the day that Jesus died Good Friday. After all, Christ went though the most horrible torture, crucifixion and death. My father responded, “It may have been bad for Jesus but his death was good for us.”  He was right. Christ died that we might live. The most horrible death of our Lord on the Cross settled the human problem of evil, sin, and alienation from God so that we could have forgiveness and have eternal life.

Is there some sin that you have confessed yet you have not forgiven yourself? Have you taken something that was intended for good and used it for evil ? such as sexuality or intelligence?  Confess it, repent and look forward. Let your sin go. If God has forgiven it, who are you to keep remembering it? Forgive yourself and let God fully transform your life to be a new creature in Christ.