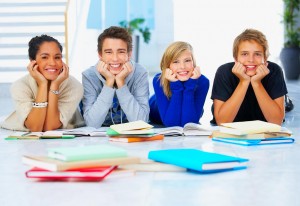 “If your children are no better than you are, you have fathered them in vain, indeed you have lived in vain.”

Actually, I am not satisfied merely if my children are better than I am, for I have set that bar rather low. At the very least, my goal is that my children will be above average, better than their peers.

I am not speaking of academic ability. We are drowning in evidence of academic strengths and weaknesses, based on required standardized testing. Instead, I am thinking of positive youth development, sometimes referred to as character development. Do people view me as a man of integrity? Do people view my children as people of integrity? Are they contributing members of society, in their families, at the workplace, and in their churches? Psychology is not as accurate when it comes to measuring positive youth development. It is a more subjective domain; the evidence is easier to misinterpret and exaggerate.

A large amount of research in psychology is based on survey data, in which people describe themselves. The evidence suggests that such data are always suspect, because people are not good judges of their strengths, their weaknesses, and their particular motivations. This reality has been documented in David Myers’ book, “The Inflated Self: Human Illusions and the Biblical Call to Hope.” This book provides convincing research evidence of the problems associated with self-report data. We are not very accurate when we evaluate our own characteristics, especially in those areas where the evidence is more subjective.

If self-report data are questionable, you might wonder why they are so often used. It is a matter of logistics and pragmatics. More reliable data require more sophisticated and more expensive methods. One potential approach, however, is to gather data from multiple sources. For example, instead of just asking teens to provide self-report data, one might supplement their answers with reports from their parents. If teens exaggerate their skills and characteristics, we might get a more balanced perspective from their parents.

Along with my colleagues, I surveyed teens and parents from 223 families, asking teens to rate both their characteristics and the nature of their family dynamics. A parent for each teen also rated the teen’s character development and the family dynamics. It is impossible from these data to definitively determine the accuracy of the teen ratings, but based on the historical analysis, we would expect that the teen self ratings would be inflated. We do have the ability to compare the teen ratings to the parent ratings, which might help us evaluate the extent to which the teens inflated their self ratings.

For each and every one of the primary variables of interest, the parent ratings were statistically higher than the teen ratings. If indeed the teens exaggerated their self ratings, as we would have expected, then the parents exaggerated even more.

Does it matter? If the views I hold about my teens are unreasonably high, what are the consequences? Perhaps it is good when I report that my teens’ character is unrealistically high. Maybe it means that I am giving them a fair deal, that I am not undervaluing their successes, that I am not exaggerating their failures. If so, then this may be a positive finding. Or, perhaps it is problematic. Maybe it indicates that I have unrealistic expectations. Perhaps I have created an image that the teens cannot possibly realize, and that when they fail to meet my standards, they give up. Are my expectations too high?

My children will make some bad decisions now and then, but hopefully not as bad as some of mine. When they do, I hope that I will be there for them, showing them love and forgiveness, and helping them to learn from the consequences. Hopefully my children will look to me and see me as a guiding light, rather than as a hopeless target or a failed lighthouse.