Trending Now
You are at:Home»Featured»Has the President Exceeded His Authority on Immigration?
By Dr. John A. Sparks on January 30, 2015 Featured, Government & Politics, Law & Justice, The Economy 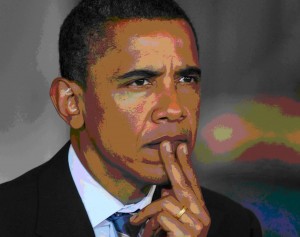 In the State of the Union address, President Obama declared: “We can’t put the security of families at risk by taking away their health insurance, or unraveling the new rules on Wall Street, or refighting past battles on immigration when we’ve got a system to fix. And if a bill comes to my desk that tries to do any of these things, it will earn my veto.”

On November 20, 2014, the president issued an executive order to suspend immigration laws for approximately four million illegal immigrants. Was this constitutional? Twenty-four states in a single lawsuit—and one Federal District Court in Western Pennsylvania—have responded with an emphatic “No.”

The lawsuit was instituted in early December by Texas and its Attorney General Gregg Abbott and has not yet been heard by the U.S. Federal District Court for the Southern District of Texas. To date, 23 states have joined Texas in the litigation. The Pennsylvania memorandum opinion was issued by Federal District Judge Arthur J. Schwab in the case of U.S. v. Juarez-Escobar in December 2014. The case involved an undocumented immigrant who was charged with reentering the United States after having been deported.

How do President Obama’s executive actions violate the Constitution according to the multi-state lawsuit and Judge Schwab’s memo opinion?

In both the lawsuit and opinion, the key U.S. Constitutional provision which President Obama’s action is said to violate is found in Article II, section 3, the Presidential Article. Section 3 is composed of a list of duties which the president is required to carry out, such as the duty to give information to Congress on the State of the Union, receive ambassadors and other public ministers, and commission all officers of the United States. But tucked away in Section 3, Clause 5 is one of the lesser-known but extremely important Constitutional imperatives called the “Take Care Clause.” It simply says that the president “shall take care that the Laws be faithfully executed.”

Why is this clause so important to the challenges being made to the president’s executive action? As the multi-state lawsuit clearly puts it, “the President of the United States announced that he would unilaterally suspend the immigration laws as applied to 4 million of the 11 million undocumented immigrants in the United States … that unilateral suspension of the Nation’s immigration laws is unlawful.” It is unlawful because it is a failure to see that “the Laws be faithfully executed,” in this case, the president refusing to enforce existing immigration statutes. Moreover, as Judge Schwab points out, this action actually “constitutes ‘legislation’ and effectively changes the United States’ immigration policy.” He adds: “[Obama] may not take Executive Action that creates law.”

The Obama administration has offered two defenses for the executive actions. The first is necessity. It is the claim that the president was forced to act by the inaction of Congress on the subject of immigration. Judge Schwab easily disposes of this claim. “Perceived or actual Congressional inaction does not endow legislative power with the executive.” To assert that inaction by Congress is a basis for an executive power grab displays a monumental misunderstanding of the fundamentals of American government. When Congress does not act on an issue, such as immigration, its refusal can be considered a choice in favor of the status quo. In other words, the legislative branch speaks through both its actions and inactions. A president can only act within the powers given him by Article II of the Constitution, no matter what another branch does or fails to do.

The second defense offered by the administration for Obama’s executive action is “prosecutorial discretion.” This claims that the president is not really suspending immigration laws but merely instructing authorities to exercise discretion in deporting undocumented immigrants. (This despite President Obama’s public statement that “I just took action to change the law.”) Both Judge Schwab and the multi-state lawsuit say that there is no similarity between ordinary prosecutorial discretion and Obama’s executive action.

Ordinary prosecutorial discretion is exercised on an individual case-by-case basis. For example, a prosecutor, by discretion, may decide to settle a case without trial, may decide to appeal a decision, or may decide to dismiss a case. As the Office of Legal Counsel, an organ of the Department of Justice, itself admitted, Obama’s action does “not merely enable individual immigration officials to select deserving beneficiaries.” Instead, Obama’s executive action, according to Judge Schwab, “goes beyond prosecutorial discretion.” It is not a case-by-case process, but instead it allows large groups of individuals—in all probability, millions—to qualify for deportation deferrals by meeting preset eligibility requirements and, in addition, to gain certain rights such as work permits and other benefits. Both the process and the extension of certain benefits are uncharacteristic of ordinary prosecutorial discretion.

It will be up to the courts and Congress to rein in President Obama’s exercise of raw executive power. They should remind him of his statement a few years ago: “I know some here wish I could just bypass Congress and change the law [on immigration]myself. But that’s not how democracy works. See, democracy is hard. But it’s right. Changing our laws means doing the hard work of changing minds and changing votes, one by one.”