Trending Now
You are at:Home»Featured»Hate-Crimes the European Parliament isn’t Worried About
By J.C. von Krempach, J.D. on February 7, 2014 Featured, The Homosexual Agenda 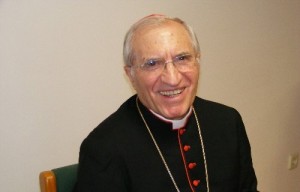 While the controversial “Lunacek-Report”, which it has adopted this week, calls on EU Member States to“register and investigate hate crimes against LGBTI people, and adopt criminal legislation prohibiting incitement to hatred on grounds of sexual orientation and gender identity”, the European Parliament seems very much less concerned about the hate crimes that actually do take place in Europe.

Why do I report this here? Because the hooligans received logistic and political support from the youth organization of the Austrian “Green Alternative” Party –that is, the very same party that Mrs. Lunacek, the author of the homonymous report, is representing in the European Parliament. But the same Mrs. Lunacek who whines about (fictitious?) hate crimes against gays and lesbians has not found one word of regret for the very concrete and real violence that has been instigated by the youth movement of her own party. Nor has she offered any apologies to the victims of that violence, many of whom had simply the bad luck of being the owners of the shops and the cars along the march-route of the green-communist mob.

These and many similar incidents shed a particularly queer light on the European Parliament’s ill-advised decision to reject a motion that would have called on the EU and its Member States to ensure the full and equal enjoyment of human rights by all citizens, and instead adopt a text that affirms and promotes solely the rights of persons with unusual sexual behaviors. Of course, we should by now be accustomed to the fact that the Greens in the EP have a rather selective approach to human rights. And of course it is significant that the Communists in the European parliament (some of whom represent the former State Partys of the former Soviet bloc!) have voted en bloc in favour of the Lunacek-report: indeed, this report represents a version of “human rights” that is perfectly compatible with the red fascism these groups stand for.

What is less easy to understand is how the representatives of so-called “mainstream” parties could go along with this absurdly distorted understanding of human rights and think they are doing something good with it.

The adoption of the “Lunacek-Report” sends a clear message: there are some hate crimes that can’t be tolerated, and others that can.