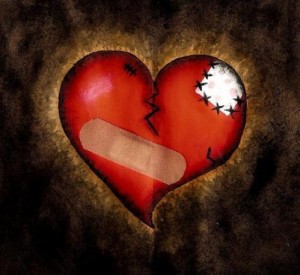 To some of the finest people I’ve been privileged to know:

For decades I heard the call in prayer to stand up against the monstrous evil that has been unfolding in this nation since Roe v. Wade, which was handed down when I was twelve years old. For years I blinded myself to the horror welling up all about me. In part, the taunts of people outside of abortion clinics served to confuse my discernment. How could God be in such harsh and terrible language hurled at women about to do the unthinkable? For decades I simply could not wrap my mind around some of what I had heard in my youth.

So I sat it out on the sidelines and busied myself with becoming a scientist, husband, and father. I simply refused to consider the movement and tuned out anyone who approached me. All of that changed at Franciscan University in Steubenville, Ohio when I attended a summer conference and met a woman who was there with her infant son, encapsulated in their own bubble of love and devotion. People looked on and smiled at this pure beauty.

I was on the way into a talk by Dr. Scott Hahn when I stopped and told this woman how many of us were taken by the extraordinary depth of love we all were witnessing. I’m not sure how it all started, but the upshot is that she told me her witness story, how she had an abortion two decades ago that left her unable to have children, of the pain, the broken marriage that followed, the repentance, remarriage to a prince and this recent adoption, and of this ministry called Silent No More, of which she was her state’s coordinator. I was so fascinated, riveted, that I decided I could always get the CD of Dr. Hahn (Sorry, Scott). In one of those rare moments of spiritual clarity, I felt like the disciples on the road to Emmaus: “Were not our hearts burning within us as He walked with us on the road?”

I came away from my encounter with Nicole finally understanding that God was present in the movement in a way that is consistent with all I’ve ever known and experienced of Him. He was there in LOVE.

I took this woman’s phone number and in the ensuing years our families have become dear friends. I am Godfather to her second adopted son, and she has mentored me regarding post-abortive trauma. When I began the blog four years ago, she, Jill Stanek, and my wife were among a small circle of powerful women who encouraged and supported me every step of the way.

So what have I learned?

I can’t possibly put it all here. It’s all in the 800+ posts on the blog. However, there is one worth mentioning here. My friend has introduced me to other post-abortive women, and they to others… Women in the hundreds, and they all share one common trait.

They have a radiant beauty and joy about them that is unique. It is the unmistakeable beauty and radiance of a woman who has sinned against the core of her womanhood and who has been restored by Jesus to the fullness of her feminine beauty.

They love much because their Lord has not only forgiven them, but revealed to them the fullness of their dignity, their great worth, and just how much He loves them.

Along the way, I’ve been stunned to see the depth of anguish they feel FOR abortionists. I’ve marveled at their prayers for the men and women who preyed on them in their fear and confusion, robbing them for profit of all that matters most in the world. They see beyond their own pain and loss, the hurt and agony inflicted on them, as well as their own roles. There is a relentless love in these women, a love that is infectious.

Some, it seems, are not so susceptible to the infectiousness.

Last week the notorious abortionist, Dr. Joseph Booker had a stroke in his shower and drowned. What a horrid death, symbolic on many levels. The outpouring of visceral hatred for this man on my blog, on Facebook, and at other pro-life outlets has been shocking. I began a Novena of Divine Mercy on my blog for Dr. Booker, and have been taken to task by several, including a Catholic Priest. Much of the language used by commenters could never be repeated here. However, it has shaken me to my core. For a jaded and cynical New Yorker, that’s quite an admission.

I pray that Dr. Booker cried out to God for forgiveness and mercy as he lay drowning. Because I earnestly pray that he did so, I have set up the Novena of Divine Mercy for his soul. For some in our movement that is an affront to their sense of justice. How tragic. The vitriol has literally left me wondering how pervasive this sentiment is.

Only 30 people out of 5,000 FB friends joined in the Novena tonight. That says something.

Last month I was privileged to give a day of recollection at a seminary with Msgr. Phillip Reilly (fellow Brooklyn boy) of the Helpers of God’s Precious Infants. The man is a living saint, and reminded all that the main purpose of the pro-life movement is the salvation of souls, especially the mothers and abortionists. Why do some remain impervious to that? Why the hatred? Why wish the eternal horrors of hell on any human being? Do they really know what it is they seek?

There is a spiritual cancer in the body of this movement, one that I thought was pretty much dead, a death evidenced too by the love of the folks involved in 40 Days for Life and other sidewalk counselors. We need to eradicate this by identifying those with such bitter and angry hearts, and then minister to them until they heal. Whatever their anger is about, I suspect that it has roots elsewhere and that abortion is a proxy war for what is really going on. Whatever the cause it must be addressed.

How hard are such hearts that the radiant love and warmth of my post-abortive friends cannot thaw them? Since we are in Advent, a time of penance, when we are done with the Novena of Divine Mercy for Dr. Booker and his fellow abortionists I am doing one on the blog for all “pro-lifers” whose bitter sanctimony will land them in the same place they wish for Dr. Booker.

To Nicole, Georgette, Theresa, Mary, and all of the beautiful women of Silent No More and the other post-abortion healing ministries, this work thrives in no short measure because of you, your loving witness, and your willingness to build the body of Christ.

To the rest of the movement, we really need to take the time during Advent to pray for healing among our own. We simply cannot be so busy that we lose sight of the salvation of souls. If we are about God’s work, we had better be more than mere activists. 30 people out of 5,000 pro-life friends praying for an abortionist most in need of our prayers is as shocking and deplorable as the denunciations for doing so, especially contrasted with 10,000 hits in that same time on an article calling the bishops to task.

Our work loses a great deal if we lose sight of what Msgr. Reilly rightly points out as the purpose of it all:

The salvation of souls.

God Bless, and a Good Advent to All.