Trending Now
You are at:Home»Featured»Healing in the Fire, Part 1
By Mark Davis Pickup on June 19, 2012 Featured, Live in Christ

Many years ago, I was asked to give my personal testimony to a church. I would like to share some of what I said that day, and expand on it. It’s rather long, so I will break it up into parts. Please forgive my self-indulgence. I hope you find a kernel of truth from my experience to help you in your Faith journey. 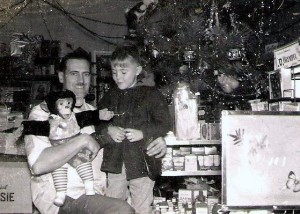 I had the great blessing of being born into a wonderful home with loving and supportive parents. My father was devoutly Christian. As a small boy, I was happy just to be near him. My childhood was so ordered, so content. It was the perfect environment to encourage Joy. If I were to describe my early years with one word, I think it would be Bliss.

Late one night I awoke to the sound of my beloved father playing the piano in the living room, down the hallway from my bedroom. He was playing Debussy’s Clair de Lune. Fittingly, a full, clear, moon flooded its blue light through the window of my bedroom; shadows from a tree in our yard danced on the floor and across the walls of my room.

There, beneath a mountain of blankets, I was engulfed by a sensation of, … Ecstasy, Romance, Bliss, Joy. It was as though something had had touched me deep within my being not from across the room, rather across time. I can not explain it other than to say it was a sensation of inexplicable Joy: Something akin to Eden.

Then, as suddenly as it came, the sensation vanished without warning. C.S. Lewis called Joy the serious business of heaven.[1] I think he was right. Children understand Joy more than adults do. Perhaps that is why Christ said children are close to the Kingdom of God. [2]

As I grew older and became a voracious reader I discovered I was not crazy — nor was I alone. There is something universal about that Joy. Cynics have described it as religious mysticism. But it was C.S. Lewis who captured it best for me in his wonderful book Surprised by Joy in which he described his early raids of “Joy”. His first was in early childhood:

“…there suddenly arose in me without warning, as if from the depth not of years but of centuries, the memory of that earlier morning at the Old House when my brother had brought his toy garden into the nursery. It is difficult to find words strong enough for the sensation which came over me; Milton’s “enormous bliss” of Eden … comes somewhere near it. It was a sensation, of course, of desire; but desire for what? not, certainly, for a biscuit-tin filled with moss, nor even (though that came into it) for my own past. … [B]efore I knew what I desired, the desire itself was gone, the whole glimpse withdrawn, the world turned commonplace again.”[3]

The window slammed shut of Lewis’ early sensation of Joy.

For me the window of Joy can open with the right piece of music (like Clair de Lune).

A FATHER A SON

We spent our summers at the family’s cottage. I loved to sit on the pier on early mornings and watch mist rising from the lake before the sun burnt it away and the heat of the day began. A distant lonesome loon often called through the mist. Shore-birds would skitter along the sand making themselves busy. Occasionally that Joy would engulf me again and I could sense the God of my father was near. My father would often come down to the lake to talk. Sometimes we would push the boat out into the water to quietly fish for an hour or two before breakfast and chores. Sometimes as he would cast out into the dissipating mist, I would put down my fishing rod and stare over the side of the bobbing boat to watch dragon-flies hover just above the surface of the water, bugs and minnows beneath … and occasional Bliss and love for my father within me. Life was like a harmonica, Saturdays and comfortable jeans.