Trending Now
You are at:Home»Learn & Live the Faith»Apologetics»Helping Jehovah’s Witnesses Get the Picture
By Mary Kochan on July 10, 2012 Apologetics, Featured, MyChurchParish.com 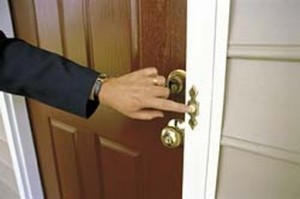 Jehovah’s Witnesses want you to live forever with them in paradise on earth. To entice you into accepting their offer of a “free home Bible study”, they will show you brightly colored pictures of idyllic garden scenes, beautiful lakeside homes and children romping with lions. The Jehovah’s Witness will ask: “Wouldn’t you like to live in conditions like these?”

If you respond positively to the pictures, you may be in for a scripture-studded lecture on their prophetic interpretation. Why not turn this into an opportunity to help the JW to think critically about his own beliefs? How can you do this? Focus on the details of the illustration. Help the JW to see that the Watchtower artist is not giving him the whole picture. Here are some questions you might ask the JW about his illustrations:

• The people are wearing shoes right? Made of what? I assume leather. Who has the job of skinning animals and tanning hides?

• Are there glass windows in the houses? What about mirrors? Who works in the glass factory?

• The houses appear to be made of wood. And they are not log cabins. So there has to be a lumber mill somewhere, with the machinery to mill the wood. This means metal has to be produced. In fact, it implies existing steel production. So where is the smelter? Who works in the iron mines and steel mills?

This is a pretty picture on the surface. It appeals to fleshly desires. But the Bible tells us to keep our sights on heaven, not on earth. (Read these scripture with the JW: 2 Corinthians 4:16-5:10; Colossians 3:1-3; Philippians 3:17-21.) Ask: What do these scriptures mean to you?

I do believe in paradise. What makes paradise paradise to me (or to any real Christian) is the presence of the Lord. The Church is the bride of Christ and so she is not concerned so much with where she will be as with who she will be with. The hope of Christians is not focused on a place; it is focused on a person. How would you describe your relationship with Christ?

Jehovah’s Witnesses are in a cult, forbidden by their leaders from asking critical questions about what they are taught. You can help them by asking the questions they are not allowed to ask. While figuring out how to answer you, they have to come to grips with the illogic and inconsistencies of their own beliefs. This way of handling them can often be more effective than directly confronting their errors.

Along with advertising paradise, the JWs cultivate a dismally negative view of current world conditions. You might try gently to confront them with a more realistic assessment of current events.

If they discuss crime and violence with you, try reasoning like this:

I think most people would agree that there are many problems in the world and that some of the problems are getting worse. Sometimes though, when people discuss the state of things, they do so lacking any solid historical framework for what they say. For example, it is common to hear people decry the increase of crime and violence in our society. This is a very real problem. There are many people alive today who can remember a time when they felt safe on the streets at night or leaving their doors unlocked, but no more. For these people, (and I am one) there is the subjective experience of crime getting worse. But this is only in the context of my own lifetime or in the context of this century. If we look at the whole sweep of the history of western civilization we see something different. We live in relatively safe times compared to many others in history. It is only the significant amount of security which we had because of living in an extraordinarily Christian America during much of the 20th century that we view such things as robbery, roving gangs of thugs on the streets, and violence against women as so terribly unusual.

Get to Know Them

If they draw you into a discussion about economics, hunger or poverty, you might point out the following:

It is true that there are more hungry people than ever, and more unemployed, there are simply more people. You would have to check the statistics by percentages to know if the problem is truly worsening. As with the food shortages, the problem of drinkable water for the earth’s poor is really a problem of development. Think about it, where do people have water to drink and food to eat? It is in the developed countries. Economic development is needed in the poorer countries so the basic needs of the people can be met. This is why so many of the Christian missions to developing countries are concerned with providing the materials and training which will encourage education and economic development. What kind of missions programs does your church do?

You never see a school, clinic or hospital built or run by Jehovah’s Witnesses. The charitable impulse of the individual JW has been hijacked by the organization and channeled into unpaid labor as a magazine and book salesman. Poor and ailing JWs themselves depend upon the charity of Christians. You can focus attention on what is going on in your own community by offering local examples:

There are many Christians engaged in feeding the hungry, clothing the poor, aiding the sick and providing housing for the homeless. They do this in obedience to Christ. Habitat for Humanity is a good example of this. So are the Good Samaritan centers in so many communities that provide emergency food and other necessities, as well as Crisis Pregnancy Centers which prevent abortions and give assistance to young women in desperate circumstances. I can’t help but think that this is an approach to the problems of the world which is much more beneficial than spending the resources and time to print and distribute literature bemoaning the problem. What has your church done for the community?

Jehovah’s Witnesses are convinced that we are living in the “last days”. We need to let them know that this is hardly an understanding that is unique to them:

I don’t have a problem believing that we are living in the last days. Every generation of Christians has believed this. As long as we don’t make the fatal mistake of setting dates for the end of the world, it is in harmony with Jesus’ instructions to his disciples to be living in eager expectation of his return. And I do!

Be kind and gracious to the JWs. If you have the time, invite them in and offer them refreshment. Try to get to know them. There are as many ex-JWs in the United States as there are current members. When they have become disillusioned from the Watchtower’s false prophecies and exhausted by the organization’s demands, they will be badly in need of genuine friends. Perhaps God will grant to you to be that friend!