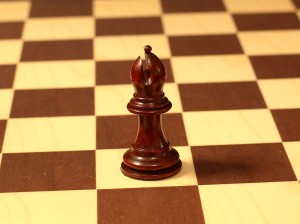 When asked to comment on the United States Conference of Catholic Bishops’ rejection of the so-called HHS “accommodation,” White House Press Secretary, Jay Carney, said, “I would simply note with regard to the bishops that they never supported healthcare reform to begin with.”

Apparently, either Mr. Carney’s memory is failing or his trousers are ablaze.

In any case, it seems that a bit of history is in order to set the record straight as to how we arrived at this lamentable point in time where the Obama Administration is wielding unprecedented control over the nation’s healthcare system.  For as Edmund Burke said, “Those who don’t know history are destined to repeat it.”

One upon a time, in 1993, when the Clinton Administration was plotting to nationalize healthcare in the U.S. (which in spite of any need of improvement was still arguably the finest in the world), the USCCB made it known that it stood in agreement with those political progressives who insisted that the entire system was “inequitable,” “unjust” and in need of not just tweaking; but “fundamental reform.”

During the early days of the healthcare reform debate in 2009, the USCCB almost certainly put Obama and his cohorts at ease by reminding them, lest they could have possibly forgotten, that their statist ambitions dovetailed rather nicely with the Conference’s own long-held aspirations save for scaling one solitary hurdle: the life issue.

“Our goal has been really for decades to have universal health care reform. We’re very much in favor of that; we were in favor of that many decades before it was fashionable,” said USCCB Associate Pro-Life Director, Richard Doerflinger, effectively boasting the bishops’ leftwing credentials while doing very little to put the Administration on notice concerning the Church’s moral authority.

Doerflinger does deserve credit for at least attempting, albeit ineffectively, to tie the Conference’s position to Catholic doctrine by claiming recourse to Pacem in Terris, the social encyclical of Pope John XIII, for the notion that “basic health coverage” is a “matter of justice.”

Just one problem though; Pacem in Terris doesn’t mention the insipid term “basic health coverage” (much less “health insurance”) even once; rather it insists upon every human being’s “right to be looked after in the event of ill health.”

Clearly, there’s a substantial difference between an ill-defined, open-ended entitlement to “coverage” and a right to receive needed medical care in the event of a bona fide malady. In fact, based on the bitter experience of current events, most people now realize that it’s rather like the difference between guaranteeing access to heart bypass surgery and handing out free contraceptives like candy corn on Halloween.

To be very clear, Richard Doerflinger was just one of many spokespersons who did the Conference’s bidding. He personally doesn’t shoulder substantial blame for the fact that Catholics in the United States are now faced with the unjust mandates of Obama’s immoral dictatorship; rather, it is his exalted employer that bears the brunt of that responsibility.

In fairness, this history lesson wouldn’t be complete without acknowledging that in addition to granting its de facto blessing to the Administration’s hostile takeover of the nation’s healthcare system (with nary a peep about the principle of subsidiarity), the Conference did call on legislators to include measures that would, in principle even if not in reality, protect human life.

For instance, the USCCB sent a letter to the U.S. Senate saying, “Health care reform legislation should reflect longstanding and widely supported current policies on abortion funding, mandates and conscience protections,” referring in part to the Hyde Amendment which ostensibly prohibits tax dollars from being used for abortion.

Clarifying the USCCB’s position, Sr. Maryanne Walsh wrote in a Washington Post editorial during the heat of the debate, “What the bishops have said is that for healthcare reform [read: the Obama takeover] they would live with the status quo where the government does not pay for abortions or abortion-containing health plans [via the Hyde Amendment], but people who want abortion coverage can purchase it with other funds.”

Sr. Walsh went on to say that the Hyde Amendment “saves taxpayers from the ignominy of seeing their tax money used to end innocent lives.”

If only that were true! The bishops of all people should have known that Hyde is little more than an invitation to employ accounting trickery as taxpayer funded abortion was, and still is, taking place in the very shadow of USCCB headquarters in Washington, D.C. and numerous other Hyde-complaint states.

As it was, however, the Conference was so determined to see the socialist healthcare model become a fact of life in the United States that the overwhelming majority of bishops not only failed to teach the fullness of Catholic social doctrine, they also seemed to have forgotten who they were dealing with; namely, a man so Hell-bent on promoting the culture of death that he voted against the “Illinois Born Alive Act” while still a state senator, a president whose first official act in office was rescinding the Mexico City Policy thereby freeing up Federal funds for overseas abortions, and an Administration that exhibits absolutely no moral compunction whatsoever in speaking of fetal mutilation as a matter of “reproductive health.”

Trusting that Obamacare would ever result in anything other than an exponential increase in assaults against innocent human life, in spite of whatever assurances may be given to the contrary, was clearly a fool’s bet from day one. And yet, so blinded by a predisposition for promoting big government social programs, the USCCB actually called on Congress (in the same 2009 letter mentioned above) to meet “President Obama’s challenge of barring the use of federal dollars for abortion and maintaining current conscience laws.”

“President Obama’s challenge?”  Are you kidding me! This is nothing short of humiliating; at least it should be given the fact that Obama (to borrow the immortal words of Dennis Green) is who we thought he was. In other words, the president didn’t hoodwink the bishops; he arrived on Pennsylvania Avenue an unrepentant death merchant and he’s never given anyone a plausible reason to believe otherwise.

Strong medicine though this trip down Memory Lane may be, we need it for the simple reason that we must never forget what happens when a bishops’ conference loses its way; behaving more like a political action committee intent on pushing pet policy initiatives than as a body of Apostles determined to carry out the Divinely instituted mission of teaching the fullness of the faith, sanctifying the people of God and governing His Church.

All is not doom and gloom, however, as it appears as though the Conference may be taking steps to avoid the mistakes of the past.

For example, the USCCB website now states, “Bishops form their positions based on principles—here, religious liberty for all, and the life and dignity of every human person—not polls, personalities, or political parties.”

This statement suggests a marked improvement from the approach taken in 2009 when the bishops issued a press release saying, “A nationwide survey commissioned by the United States Conference of Catholic Bishops has found widespread public opposition to including abortion in health care reform and majority support for conscience rights protection – views shared by those who favor efforts to pass health care reform.”

One cannot help but marvel at the fact that the bishops were so determined to play in the inside-the-beltway sandbox that they simply announced to the world, without any hint of shame whatsoever, that they had just wasted God only knows how much of the faithful’s hard-earned money in the midst of an economic crisis on a meaningless public opinion poll, as though the faith that comes from the Apostles isn’t quite enough to defend the truth.

What if the polling data had shown that the majority of Americans stood against Divine truth, then what?

Well, I suppose we’re about to find out since recent data suggests that most self-described “Catholics” are happy to accept Obama’s free contraceptives. In fact, this may be precisely what brought about the Conference’s newfound awareness that public opinion polls are utterly irrelevant to their apostolic mission.

In any case, we still have a long way to go, not just as it relates to defeating Obama’s unjust mandate, but in seeing the USCCB shake off the fleas that naturally come from lying with dogs and reordering their priorities so that the next generation of those who call themselves “Catholic” will actually live and vote as such.