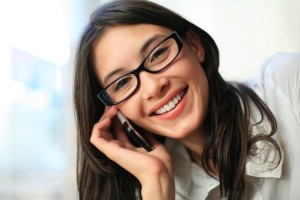 Late last year when a presidential primary candidate was asked how he was going to reach women voters, he responded that he was polling well with women. Oh, oh. He seemed clueless about what most women really want. Once again, women were being taken for granted and once again we could lose – big time. And lose, we did.

Reaching women is not a new concept. The importance of our vote should be well-known, as women have registered and voted at a higher rate than men since the 1980.

One would think every campaign would have a proven strategy by now. While I don’t claim to speak for all American women, no doubt many of us rolled our eyes and sighed or cringed at some of the conservative candidates’ messaging. We may not relish the haranguing and rudeness, but we are willing to ignore it if our candidate can clearly articulate how his positions and plans will improve life for us and our families.

Candidates cannot treat women like we matter just to get our vote. Women can spot a phony – we have experience. They cannot take us for granted, or treat us like a bunch of airheads who will fall for a good line. Instead of telling us what we should think, they should pay attention to not only what they say, but also how they live – 24/7/365.

Developing consistent, conservative messages that resonate with women of all ages is important, but it is just as critical for candidates to start living like they believe those messages, and start telling us how their message is relevant in our lives. A convincing message must be clear and it must connect with the heart.

When a candidate says he’s pro-life, like most Americans, what does he mean? Professing a pro-life belief is necessary for a conservative candidate, but it is not sufficient. How does that translate into real life? What will he really do about it? Does he help single moms? Does he also care about the children we already have? Will he mow an elderly neighbor’s yard or run errands for the sick? Will he throw out senseless regulations so we can feed the homeless? These are pro-life principles, too, that solidify the pro-life message and make it relevant.

Or consider gun control. Show women how to have both freedom and safety for their families. Gun policy must make sense to women. We can empathize with the 12-year-old girl who followed her mother’s instructions to arm herself with a gun and shoot an intruder. We can identify with needing guns to keep our family safe.

Women are smart enough to decide whether to have a gun. We don’t want the government telling us we cannot have one. But we want to know: Does the candidate also have a plan to keep criminals off our streets and out of our schools? That is a plan women can support. After all, criminals don’t just kill people with guns; they use knives, fires, cars and bombs, too.

And when a candidate claims to support traditional family values, what does that mean? Will he really work to stop the child molesters and bring the Jerry Sanduskys of the world to justice? Will he commit to work against evil people who destroy so many families? Will he target those who enslave women in prostitution?

We want politicians who consider our interests as well as their own. While we struggle to balance household, family and work responsibilities, we have a hard time trusting that those we vote for will work as hard for us. We have a nagging suspicion that too many government workers are lollygagging around while pretending to be public servants. Our suspicion is reinforced by the all-too-frequent news reports of lavish travel, infidelity and prostitutes.

Now, about that elephant in the room. For so many conservative women, the presidential race was not about electing Romney. It was, for many of us, an anti-Obama event.

Romney was like the unwanted suitor at our high school prom. We danced because we didn’t want to turn him down and make a scene. Our reluctance was warranted, because as we danced, he talked about his economic plan.

Like one of those dolls we had as kids: “Hello, my name is Chatty Cathy!” Just pull the string to hear the same lines over and over. Ask Romney about anything and he would say, “Hello, I know how to run a business.”

Many of us would have voted for the Grinch if he were the Republican nominee. Other women felt themselves caught between the devil and the deep blue sea, but they were unwilling to give up their current unhealthy relationship for an uncertain voyage.

We believed Romney cared about the economy, but it was not clear if he cared about anything else that we care about. He lost us at “hello.”