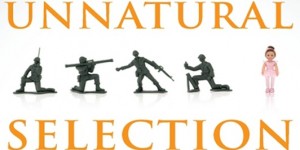 Unnatural Selection: Choosing Boys over Girls, and the Consequences of a World Full of Men
Mara Hvistendahl
Public Affairs, 2011; 314 pages, $26.99

This brave and timely book has many strengths and one glaring, but understandable, weakness. The strength of this book is the reporting. Mara Hvistendahl, a liberal, pro-choice feminist, painstakingly documents the catastrophic consequences of the worldwide “choice” for male babies: gender imbalance leading to prostitution, sex slavery, and male frustration and aggression. The weakness of this book is the political analysis. She doesn’t understand how deeply Roe v. Wade changed American political culture, particularly within the conservative movement broadly conceived. But both these strengths and weaknesses work together to yield an honest and courageous book that should be read by anyone who considers himself (or herself) well informed.

Let’s start with the strengths. Hvistendahl is a very honest reporter. She became aware of the gender-imbalance problem while living in China as a journalist. She recounts how she visited a grade-school classroom to write an article on the solar heating system being installed in the school. She found herself in a “classroom full of smiling boys. I was tempted to abandon the solar power article and interview the teachers about the school’s population.” That experience repeated itself so many times that she couldn’t stand it anymore. Her journalist instincts required an investigation of the imbalanced sex ratio in Chinese society.

She found that the problem, however, is not unique to China, with its particularly high-pressure “one child policy” driving small family size. Hvistendahl found gender imbalances all around the world, not just in China or India. Albania, South Korea, Taiwan, Viet Nam, parts of Singapore, all have experienced skewed sex ratios. The normal gender ratio at birth hovers around 105 boys for every 100 girls, with anything between 104 through 106 boys considered normal. The Caucasus countries of the former Soviet Union have badly skewed sex ratios. Azerbaijan has a sex ratio of 115 boys, Georgia 118, and Armenia, a whopping 120. The American journalist expected that the explanation would be sexist attitudes: in male-dominated societies, patriarchs prefer sons. But she found that women were just as likely to prefer sons, and as responsible for sex-selection abortion, as their husbands. She also found that urban elites, not the rural poor, pioneered the practice of sex-selection abortion.

Where Technology and Abortion Meet

The factors that give rise to gender imbalance are a mix of technology and economic development, layered over the top of traditionalist belief systems. Among the factors related to economic development, the first is a rapidly developing economy, and one with a health-care system mature enough so that prenatal screening is widely and cheaply available. Second, abortion is pervasive, available at low cost and free of social stigma. And finally, in societies with gender imbalances, the overall population is declining.

In pre-modern times, old sex stereotypes and preferences for sons drove families to continue having children until they have a son. Today, those preferences have not dissipated. New ultrasound technology makes it possible to detect the sex of the child in the womb. The modern custom is to abort the baby if it is a girl; if a boy, give it birth. No need to experience nine months of pregnancy, and all the trouble of delivery, for every baby you conceive. Just give birth to the ones you want and kill the others in utero. Hence, technology and the availability of abortion, not just a “patriarchal” preference for sons, have been driving the imbalance of the sexes. Traditional attitudes for the imbalance are far from the whole story. As an Indian obstetrician put it, “If people had a son simply because they wanted a son, girls would have disappeared from this country one thousand years ago.”

Western population controllers were delighted with sex-selection abortion because it delivered a double whammy. Reducing the number of girls born reduces the numbers of future potential mothers. So getting the locals to “choose” sons over daughters using sex-selection abortion reduces both current and future populations. But unlike many of the population-control ideologues whom she covers, Hvistendahl never falls into the trap of believing that economic development requires abortion or population control. After all, the West, which is synonymous with “development,” didn’t require population control in order to grow economically. On the contrary, development came first; reduced family sizes came later.

The gender imbalance arose because of the push to cut birthrates and the prevalence of legal abortion. Both of these dubious factors were exported into developing countries by United Nations agencies in collaboration with elite American foundations. One might even say that the so-called experts of the West imposed these things on poor countries. The imported pressure to reduce overall fertility, combined with the general desire for sons, made the ultrasound technology irresistible.

The consequences of the gender imbalance brought on by the Western war on fertility expose its bare brutality. French demographer Christophe Guilmoto estimates that roughly 163 million baby girls are missing in the world today. This is approximately the population of women in the United States. This magnitude of a sex-ratio imbalance means that when all these little boys grow up to be men, there will not be enough women for them all to marry.

No one to marry, explains Hvistendahl in riveting detail, means that men are older when they marry. They have to be better off financially in order to be an acceptable husband. Economists like Gary Becker predict that the skewed sex ratio benefits women, who become the scarce resource. Men have to compete for their attention. Yet Becker’s theory doesn’t account for the powerlessness of the young girl. Yes, she is a valuable resource. But she can’t leverage that higher value unless her rights are socially and legally recognized. Without that protection, her value will be captured by someone with the power to protect his property rights in her and in her services, usually meaning her parents or her pimp. Her parents can use her value in the marriage market to extract the resources from her potential husband for themselves but not for her. Even worse, she may be kidnapped and trafficked into prostitution.

Hvistendahl recounts in sickening detail the lives of women shuttled from one place to another in a life of sex slavery. Women are scarce. Hence, so are their sexual services. The exclusive sharing of sexual intimacy with a husband in the protective bonds of marriage becomes more expensive than arrangements giving multiple men access to a single woman. Hence, prostitution, voluntary or otherwise, becomes lucrative as the demand for commercial sex increases. In addition, men without wives are more likely to become violent and commit crimes. Indeed, Hvistendahl shows that the gender-imbalance ratio is a better predictor of a region’s crime rate than poverty. All these consequences, foisted on the poorer countries of the world by a population-control establishment that has yet to concede its errors, flow from the gender imbalance.

Now, the weakness of the book: Hvistendahl doesn’t understand how profoundly Roe v. Wade transformed American politics. She identifies early population controllers—such as William Draper, the general who pushed for Uncle Sam to promote “family planning” in foreign policy during the Eisenhower years—as political “conservatives,” as if they could be grouped with the Religious Right today. She doesn’t understand how anti-communism—not social conservatism—animated conservatives of the Soviet era. Indeed, the 1973 Roe decision was still a generation way.

The fact is that the Religious Right is almost entirely a creation of Roe v. Wade. Prior to Roe, evangelical Protestants were not animated by politics because America was, for the most part, what we would now call a socially conservative country. Liberal Protestantism was a minority religious system confined to the elite leaders of the northern denominations but never reflected the sentiments of the Protestant rank-and-file. And Roman Catholics represented a solid Democratic voting bloc. The 1973 Supreme Court decision, however, drove many Catholics out of the Democratic party and into the GOP and, over time, drew evangelical Protestants into the political fray. Their shared opposition to abortion drove Catholics and evangelicals together and created a sense of mutual, if sometimes grudging respect. Neither group—then or now—has much in common with the anti-Communist population controllers whom Hvistendahl calls “conservative.”

Nor does Hvistendahl understand how public policies pushing birth control eventually led to public policies favoring abortion. Yet the reason why greater access to contraception goes hand-in-hand with abortion, including sex-selection abortion, is not difficult to grasp. Separating sexual activity from reproduction is a powerful idea, seductive, superficially appealing with promises of fun and freedom without consequences. The idea begins with contraception. But simply preventing conception is not enough to fully separate sex from babies, because contraception sometimes fails. Even sterilization is perceived as too crude: once sterilized, always sterilized. Only abortion satisfies the demand to completely separate sex from reproduction, while still keeping an open option for eventual conception.

We can call this brave new world the “abortion regime.” Its appeal is superficially obvious. But the full brutality of the regime only becomes apparent with time. It takes time for the power of the idea of separating sex from conception to work its way through the social, economic, and legal systems. The emergence of sex-selection abortion on a widespread scale was not an immediately obvious consequence of unhinging sex from procreation. Yet the resulting gender imbalance, with all its problems so ably recounted by Hvistendahl, is just another cost of “choice.”

To her credit, Hvistendahl is honest enough to realize that the rhetoric of choice and the politics of abortion are gravely culpable in creating the problems she documents. She notes in her prologue that she found herself agreeing with anti-abortion activists almost in spite of herself. She found herself “corresponding with public relations officers whose voice mail messages ended with ‘God bless.’” Given that appeal, the pro-life movement should embrace Mara Hvistendahl and her fine book. The pro-life movement has become, after all, a women’s movement and a youth movement. If Hvistendahl hangs around with us for a while, maybe she will come to see that it is possible to have a movement for women’s empowerment that doesn’t require the killing of small children.

This article was first published at www.familyinamerica.org.