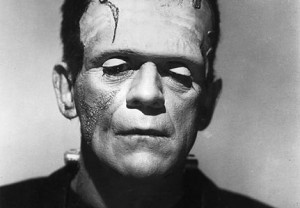 Dignity is a word that is creating a stir in some philosophical circles, and for the life of me, I cannot understand why. For example, one writer tells his readers that “Dignity 1.0, the older conception shared by Christians, natural law theorists and others, refers to the idea that humans have ‘inherent worth of immeasurable value that is deserving of certain morally appropriate responses.’”

He then goes on to explain that currently there is a competing concept which he identifies as “Dignity 2.0.” The reason I bring it up has nothing to do with competing ideas about what dignity is, but rather how crass society has become when dealing with the uniqueness and inherent dignity of the human being.

For example, the prenatal testing arena has gone mad. Instead of using prenatal tests to help parents accept what may be a problem for their baby when he is born and how to deal with it, the popular idea today is to put such tests to use in order to end lives prior to birth so that, in some perverted sense, the parents feel assured that the decision to abort is the proper ethical course to follow.

A baby with Down syndrome is the perfect example. Tests designed to detect this condition result in the intentional taking of the child’s life prior to birth in, according to one report, 90 percent of cases.

Has there ever been a more perfect example of replacing respect for the dignity of the human person with a ghoulish concept of what is best for everybody else except the human individual being killed?

Or we could talk about the enormous problems with surrogate mothers and the children they bear in this age of international surrogacy. An analyst who has studied this question since 2009 recently wrote, “International commercial surrogacy is arguably a market in which children are bought and sold; where they are commodities at risk of trafficking. This raises questions about whether this practice can ever be consistent with our internationally agreed ban on the sale of children.”

For that to happen, human embryos and, in fact, all preborn children would have to finally be identified in law as human beings who are individual persons. There is a slight chance of that happening in the current legislative and judicial arena.

So, how did we get to a point where international surrogacy and the buying and selling of babies is even a question? Well, human dignity in the era of reproductive technology has disappeared. Today the laboratory is used for mixing babies in petri dishes because would-be parents of any variety are willing to pay big bucks for the resulting child. Of course, first they want certain quality control standards to be applied before they pay for the product.

If the buyers reject the chosen item, it’s curtains for you, baby!

Sadly, the old-fashioned way of procreating children involving conjugal relations in marriage has become passé for far too many in this age of turning preborn children into marketable commodities.

This dehumanization of persons robs each one of them of their dignity at the moment human cells, genes, and chromosomes become nothing more than tools in the scientist’s bag of tricks. Frankenstein’s kitchen indeed!

So what about dignity? In the case of the human being we need only look at the Catechism of the Catholic Church, which states, “The dignity of the human person is rooted in his creation in the image and likeness of God.” A human person’s dignity is a gift; it is innate and cannot be bestowed or taken away by anyone other than the Creator Himself.

But acts such as those described here and elsewhere exhibit a contempt for human dignity—and a contempt for God. Such arrogance breeds an absolute disregard for the intrinsic value of a human being’s life.

In Frankenstein’s kitchen, evil brews as the death toll mounts. The stench in the kitchen wreaks, but I wonder: “Does anyone smell it?”