Trending Now
You are at:Home»Featured»I Cursed God: Healing in the Fire, Part 3
By Mark Davis Pickup on July 5, 2012 Featured, Live in Christ 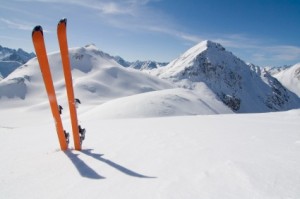 Dad began to slowly recover.  We were ecstatic the day he was moved from the ICU to a regular ward. He had slipped out of the clutches of death.  The day he was transferred to a rehabilitation hospital, it was like we had turned a corner into sunlight.  In the spring of 1968, four months after the ordeal began, Dad came home!  The sickly greenish-white Intensive Care Unit with its proficient, aloof clinicians seemed a universe away. That nightmare was replaced by the wholesome warmth of April sun, the celebration of Spring’s new life, and a new lease on life for my father.

Actually, it wasn’t a new lease on life as much as living on borrowed time. Dad’s cardiologist put him on a strict exercise program, monitored by local doctors and frequent trips to a first-rate heart institute in Edmonton.  Dr. T was thrilled with Dad’s progress. I think he even learnt my father’s name (my family felt quite honored that he stooped to such mortal trivialities).

I do not understand the psychology behind it but I became a rebellious teenager at about this time. My father came back from the edge of the grave; I should have been grateful and drawn closer to him. Instead I started drawing away from him.

At times I could hardly be civil to my parents. I became increasingly surly. Dad and I were two peas in a pod no longer – our pea-pod did not provide comfort and an intimate shelter of love and security—only infuriating restraint.  Joy was something of the past. I wanted thrills and excitement!

Dad couldn’t say much that I didn’t take issue with at some level or another.  I challenged everything he said and most of what he stood for (without getting myself into trouble). He seemed to believe that if he held me up in prayer, I would eventually emerge from my rebellious teenage years into adulthood as a follower of Christ. I resented his middle-aged moralizing and his outdated Christianity. The fact that my father’s faith had enabled him to face death with courage, conviction and hope a year earlier was forgotten. He was embarrassingly old fashioned.

At one point of exasperation, during 1969, my parents contemplated sending me away to a boarding school for boys. It got that bad.

As usual, my family spent the summer of 1969 at the cabin.  I didn’t want to be there but it was non-negotiable. The cabin was boring and away from my friends.

A major project that summer was to build a boathouse on the shoreline of our property. One day in August, my brother and I poured the cement foundations and Dad supervised (he didn’t dare exert himself too much).  Early the next morning, we inspected the freshly dried footings. I saw an inscription made the day before when the cement was wet. It read Mark ’69.

Dad and I stood back from the foundation trying to imagine what the finished building would look like.  It felt good to be united in a common task with my father once more when so much of our relationship had grown tense.  The fresh, clear morning air held a faint odor of damp water-weeds rotting in the late summer. I could feel cool sand squeezing between my toes – then the faint lonesome call of a loon came again across the lake, cutting through the morning mist.  Déjà vu.

Dad and I turned toward the sound, then looked at each other. Somehow I detected a deep sadness not in his eyes but behind them. Although neither of us said anything, I knew we both were afraid we might not have another summer together. The loon called again mournfully through the mist to capture what we felt but could not express.

Death of my father

It happened one day the following winter. In the early days of 1970, Dad and I went skiing. Actually he decided to go skiing and mom told me to go with him. I wanted to stay home and ‘hang out’ with my buddies. Resentfully, I packed the ski equipment into the car and went skiing with Dad.  All the way to the ski slopes I brooded and sniped at everything he said.

When we arrived, Dad said something to this effect: “Look Mark, I don’t want to argue with you. Let’s just go skiing and have a good day together.”  Those were, I think, the last words he ever spoke to me.  As we skied down his favorite hill, he had a heart attack, fell in front of me, and promptly died. It happened so quickly.

I took off my skis, then Dad’s skis, and rolled him on his back to get his face out of the snow. Someone went for help and I sat in the snow holding my father’s lifeless body and waited for the ski patrol to arrive. My father was gone, dead at the age of fifty-two years, three months and ten days.  I was sixteen.

At that moment, I cursed God. I looked into the bright blue Canadian winter sky, shook my fist in the air, and cursed almighty God! Then I thought I heard that haunting sound again. There in that sub-zero winter afternoon, hundreds of miles from any open water, I thought my ear caught a distance ghost-like call of that loon.