Trending Now
You are at:Home»Featured»Immigration Reform: Renewing the Soul of a Nation
By Archbishop Charles Chaput on June 27, 2013 Featured, On Books, The Shepherd's Voice, The Social Order, Those in Need 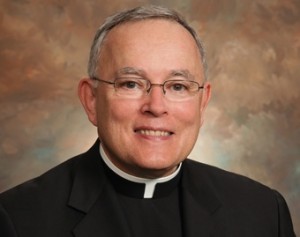 “Why should Pennsylvania, founded by the English, become a Colony of Aliens, who will shortly be so numerous as to Germanize us instead of us Anglifying them, and will never adopt our Language or Customs?”
– Benjamin Franklin, 1751

“Immigration is about more than immigration.  It is about renewing the soul of America.”
– +Jose H. Gomez, Archbishop of Los Angeles, 2013

Last week, in a June 18 editorial, the Wall Street Journal reminded Americans that “the evidence overwhelmingly shows that today’s immigrants are acculturating and moving up the economic ladder like previous generations,” and that “despite fears and much bad data [among the general public], immigrants continue to be the American asset they have always been.”

Hispanic and Asian immigrants make up about 70 percent of foreign-born adults in the United States.  And studies show – no surprise — that “second generation Hispanics and Asians place more importance than does the general public on hard work and career success.”

For Hispanics and Asians, as with earlier waves of immigrants, education is highly valued, with “English [the]dominant language of the second generation, and by the fourth generation, fewer than a quarter can still speak the immigrant tongue.”

The Journal speaks from economic common sense. But sane voices have been rare in America’s immigration debates.  We’re a nation of immigrants constantly worried that the next gang of newcomers will ruin the country.  More than 260 years ago, Benjamin Franklin fretted that newly arrived hordes of German-speaking aliens would steal the identity of Pennsylvania.  We know how that turned out.

So it goes today.  Both political parties share the blame.  Republicans, especially in the House, channel the country’s fears of being overrun by foreign freeloaders and criminals.  The current (Democratic) administration, for all its pro-Latino rhetoric, has kicked out roughly 1.5 million people over the past four years, more than the previous Bush administration.  The current White House had no qualms about declining to enforce the Defense of Marriage Act, yet it relentlessly deported more than 400,000 “illegals” in 2012 alone – a record number.

The human cost of this immigration gridlock is massive. As Los Angeles Archbishop Jose Gomez writes in his extraordinary new book, Immigration and the Next America:

“More than 5 million children [in the United States]are growing up in homes with one or more ‘illegal’ parents, and about 80 percent of these kids are American citizens, born in this country… We say we are worried about the long-term social costs of illegal immigration.  If we are, then we should be looking for every way possible to integrate the undocumented into our economy so that they do not become a permanent underclass of dependent people.  Our policy today, unfortunately, is only helping that underclass grow in numbers.  The underclass grows every time we break apart a family by deporting a working father and leaving women and children behind in poverty.  We [risk]creating, through our inaction, the very conditions that we claim to be afraid of – a generation of people who can’t assimilate, and who don’t have the education and skills to contribute to our economy.”

The word “extraordinary” doesn’t fully capture the value of Archbishop Gomez’s brief book.  The Wall Street Journal sees immigration as mainly an economic matter.  But Archbishop Gomez goes deeper into the issue, tying together culture, faith, social research, history, a hemispheric perspective and his personal experience as an immigrant.

Born in Monterrey, Mexico, and a naturalized U.S. citizen, the archbishop has roots in both cultures, with family on both sides of the border.  But the special love he bears for his adopted country emerges from every page.  He has no use for the politics of ethnic bitterness or entitlement.  He wastes no time on naïve sloganeering.  Instead, he repeatedly makes clear his respect for those who are wary of immigration reform out of concern for public safety, financial stability and the integrity of our nation’s laws.  He shares some of the same concerns.

At the same time, he makes a powerful case – the best case I’ve seen so far – for the urgency of deep reform now.  Real reform must include a reasonable path to citizenship for the 11 million undocumented workers now living in the United States; an end to the deportations that destroy families; and – eventually – a serious effort to remedy the hemispheric inequities that drive foreign workers into our country out of desperation.  For Gomez, what’s at stake is the soul of our nation in the years ahead:

“If immigration reform is to succeed – if the American dream is to be renewed – we need to reject the [cynicism of America’s cultural elites]and the careless disregard for American identity.  We need to restore the ideal of citizenship based on integration and Americanization.  Immigrants should be welcomed within a civic framework built on a common American story and universal values.  We should be promoting broad expectations for citizens – including the understanding that individual rights presume common duties; and that freedom doesn’t mean doing whatever we want, but instead means doing what is true and beautiful and good.”

For Archbishop Gomez, “a civic framework built on a common American story” demands that we honor our Anglo-Protestant roots as a nation.  But it also demands that we recover — at long last — the other, missing half of our story: the Hispano-Catholic legacy that predates the Thirteen Colonies by many decades.  America’s real “first Thanksgiving” took place in Spanish Catholic Florida, not Puritan Massachusetts.

“Two hundred years before any of the founding fathers were born,” the archbishop reminds us, “this land’s people were being baptized in the name of Christ.  The people of this land were called Christians before they were called Americans.  And they were first called this name in the Spanish tongue.”

On June 30, we celebrate Justice for Immigrants Sunday across the archdiocese.  It’s a key moment in the life of our Church.  I urge every one of our parishes in the coming months to read and discuss Archbishop Gomez’s words.   Rich in content, vividly written and profoundly hopeful in spirit, Immigration and the Next America is a priceless gift in a small package; the kind of book we need to carry around in our hearts as we deal with the changing landscape of our nation.  Read it.  Pray over it.  Then share it with others.  It’s that important.

“Immigration and the Next America: Renewing the Soul of Our Nation,” by Archbishop Jose H. Gomez, will be published in English (July 5) and Spanish (July 19) by Our Sunday Visitor, Huntington, IN.  Available now for pre-order on Amazon.com.

“Used by permission of CatholicPhilly.com / Archdiocese of Philadelphia.”