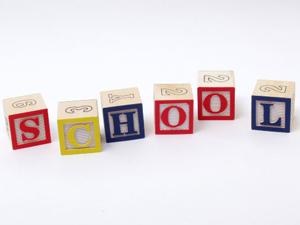 For too long government-run systems have dominated American primary and secondary education. As innovations of the past two decades such as charter schools and vouchers prove, parents, children, and society benefit when government promotes rather than stifles educational reform based on choice and competition. Add to the mounting evidence another success story: St. Martin de Porres school in Philadelphia. This inner city school is finding new life through the cooperation of three not-always-cooperative entities: church, community, and government.

It is well known by now that Catholic schools in many parts of the United States are in crisis. In particular, old inner-city schools have become an insupportable financial burden to their sponsoring parishes and dioceses and therefore have been closing at an alarming rate. St. Martin’s was founded as a typical parochial school, but the arrangement it has created to ensure a stable future is anything but typical. The Archdiocese of Philadelphia and the local parish are cooperating by permitting the school to become legally independent, while providing limited funding during its transition and access for the school’s staff to the diocesan health care and retirement systems.

The second critical component of the school’s plan is the community, its business leaders in particular. Construction executive Jack Donnelly chairs the school’s board and is charged with raising the endowment funds necessary to ensure a sound financial future. The board has $4 million in the bank and aims to prevent any tuition increases (the bane of student recruitment and retention efforts) in the foreseeable future.

Essential to this creative arrangement is the cooperation of government. It is no accident that St. Martin’s promising initiative is happening in Pennsylvania, where business tax credits have been in place since 2001.  More than 80 percent of St. Martin’s students are from low-income families and most receive financial aid from scholarship programs funded by business contributions spurred by the state’s tax credits.

Why is all this important? Why would it be a big deal if St. Martin shut down and its children transferred into the Philadelphia public school system?

The answer is captured in an observation made by St. Martin’s principal, Sister Nancy Fitzgerald. “When I register new families,” she says, “and I explain to them . . . that we are an independent Catholic school and that the archdiocese cannot close us, their eyes light up.”

Urban public systems contain some of the most dysfunctional schools in America, and Catholic schools have long provided a way—sometimes the only way—out of those schools for parents and children looking for better options. Far more effectively than their government-run counterparts, Catholic schools have provided the education, discipline, and life skills necessary for children to become productive citizens. The epidemic of parochial school closings further depresses opportunity in those places that are the most desperate for it. Thus it is no surprise that when parents learn that these schools will be around for the duration of their children’s formative years, “their eyes light up.”

The financial security St. Martin’s enjoys has enabled it to do more than survive; it is improving its services by making physical plant improvements, purchasing technology, and adding advanced math and science courses. It is better positioned than ever to facilitate the educational advancement of students emerging from the tough North Philly neighborhood where it’s located.

In Deus Caritas Est, Pope Benedict XVI insisted that the well-ordered government is not one that “regulates and controls everything”; rather it “generously acknowledges and supports initiatives arising from the different social forces and combines spontaneity with closeness to those in need.” This description fits the Philadelphia experiment nicely. Mr. Donnelly says, “The goal is ultimately to use this as a model for other Catholic schools.”

He’s thinking too small. Partnership between the business community and local institutions such as churches and civic organizations—a partnership facilitated rather than discouraged by the legal environment—isn’t merely a model for Catholic education. It’s a model for successful schools everywhere.