Trending Now
You are at:Home»Featured»Short-Lived Euphoria in Europe
By Dr. Mark W. Hendrickson on November 2, 2011 Featured, The Economy 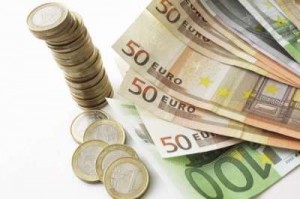 Thursday, Oct. 27, 2011, was a giddy day for European politicians and global investors. European Union officials announced a plan for addressing the EU’s worst financial problems. There would be a partial write-down of Greek sovereign debt—a 50 percent haircut for private bondholders, but no haircut for governmental creditors (the political class looks after its own). In addition, EU officials unveiled a one-trillion euro (approximately $1.4 trillion) bailout fund purportedly to recapitalize European banks and insure against sovereign defaults.

Stock markets on both sides of the Atlantic soared on this news. Euphoria reigned—for a few days, that is. Just three trading days later, markets gave up all of the previous Thursday’s gains and pessimism returned.

Two events in particular have precipitated this manic mood shift: Prime Minister George Papandreou announced that he will submit the EU bailout plan to a national referendum, and the financial firm MF Global Holdings, which had placed a heavy bet on European government bonds, has declared bankruptcy.

Even if these two Halloween surprises hadn’t spooked the markets, the viability of the EU bailout plan was in doubt anyhow.

Europe’s financial problems are immense and intractable. Greece is the focus of attention, but when you realize that Greece’s national debt is around 350 billion euros—its entire GDP is only about 225 billion euros, which shows how hopelessly broke the Greek government is—and the announced bailout fund was for one trillion euros, you can see that most of the bailout fund isn’t for Greece.

Spain and Italy combined are almost three trillion euros in debt and run chronic budget deficits. Significantly, since the bailout plan was announced, interest rates on sovereign Spanish and Italian debt have risen, indicating widespread skepticism that the bailout fund (if it materializes) would buy sufficient time for those governments to get their financial house in order.

While detailed specifics about the bailout plan are vague, cautious skepticism is prudent—for two major reasons:

First, where will the vast sum of one trillion euros of bailout money come from? Certainly, no European government has that kind of money set aside for the proverbial rainy day. Even Germany, the undisputed economic leader of Europe, has a national debt of 70 percent of its GDP and is limping along with a one percent growth rate.

Bailout funds would have to come from a combination of creative forms of monetary inflation and clever financial and accounting engineering, much of it using more of the leveraged gimmicks that already have made both Europe’s and the United States’ financial systems so stressed and vulnerable.

Second, how realistic is it to expect all EU member states to finally start to abide by the terms of the Maastricht Treaty that they signed—the one in which they solemnly promised to keep sovereign debt and deficits far below current levels? How many of the electorates in these democracies will support government “austerity plans”—a significant reduction in the government handouts to which they have grown so addicted?

The modern welfare state is broke. As Herman Van Rompuy, the president of the European Council, has stated, “We can’t finance our social model anymore.” Government spending will have to be trimmed whether Europeans want it or not, but don’t expect European voters to admit the inescapable economic facts and vote for belt-tightening.

It is because voters don’t want to surrender government benefits that Papandreou’s announcement of a referendum in Greece has caused consternation and displeasure among the EU’s political elite. The irony here is rich: How dare the leader of a democracy leave such an important decision to the people!

Personally, I think Papandreou did what he had to do. If he were to try to cram austerity down the throat of his compatriots, he would appear to be siding with foreign elites against his own people. The present simmering rebellion in Greece would increase, giving way to social chaos and the fall of Papandreou’s government, thereby triggering the sovereign default that Europe’s leaders understandably want to avoid.

If Greeks vote against the terms of the bailout, Greece will default. If they approve the plan, then a Greek sovereign default may be delayed (not eliminated—Greece is too far gone to rescue). Even if we remove Greece from the equation entirely, events in Spain, Italy, Portugal or Belgium might trigger the dreaded chain reaction of bank and sovereign bankruptcies.

Decades of government intervention into economic activity have produced economic distortions, sluggish growth, an unsupportable debt burden, and a rotten financial structure ready to collapse of its own dead weight. In spite of that record, most Europeans want more government. That’s their choice. Like it or not, sooner or later, we reap what we sow.