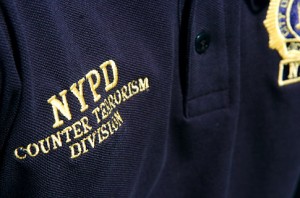 U.S. law enforcement agencies have generally responded to 9/11 with a pretend counterterrorism policy. They insist that naming the enemy as Islamism causes terrorism, that Islamist violence is just one of many co-equal problems (along with neo-Nazis, racial supremacists, et al.), and that counterterrorism primarily involves feel-good steps such as improving civil rights, passing anti-discrimination laws, and displaying goodwill to Islamists.

And then there is the New York Policy Department, an institution uniquely spurred by 9/11 to abandon its former laxity and get serious. The department that had mishandled prior terrorist incidents (e.g., the assassination of Meir Kahane) quickly transformed itself into a serious counterterrorist agency under the remarkable leadership of Raymond Kelly. (Andrew McCarthy calls him a “godsend.”) Unlike others, NYPD names the enemy, acknowledges the predominant threat of Islamist violence, and built a robust intelligence operation.

The public saw first hints of these changes in 2006, in the course of the Shahawar Matin Siraj trial. The government convicted Siraj, an illegal Pakistani immigrant intending to blow up a subway station, on the basis of information from two NYPD Muslim spies: a paid police informant, Osama Eldawoody, and a pseudonymous undercover detective, “Kamil Pasha.” The latter testified about his serving as a “walking camera” among Muslims living in Brooklyn, to “observe, be the ears and eyes” for the NYPD.

Christopher Dickey provided the fullest picture of the department’s achievement in a 2009 book, Securing the City: Inside America’s Best Counterterror Force–The NYPD. Now, just in time for the 10th anniversary of 9/11, the Associated Press has published a series of breathless investigations by Adam Goldman on the department’s methods, focusing on NYPD cooperation with the Central Intelligence Agency and bringing the department under intense and critical scrutiny.

Goldman reports that the department dispatched officers to Pakistani neighborhoods and “instructed them to look for reasons to stop cars: speeding, broken tail lights, running stop signs, whatever. The traffic stop gave police an opportunity to search for outstanding warrants or look for suspicious behavior. An arrest could be the leverage the police needed to persuade someone to become an informant.” It established the Terrorist Interdiction Unit to handle these informants, including “mosque crawlers,” “café crawlers,” shopkeepers, and nosy neighbors.

It established the Special Services Unit to handle operations outside of New York City, despite NYPD lacking jurisdiction, including several American states and eleven foreign countries. The effort has its share of successes; for example, an Egyptian NYPD officer undercover in New Jersey had a major role in Operation Arabian Knight, the June 2010 arrest of two New Jersey Muslims who pleaded guilty of planning to join the Somali terrorist group al-Shabab and to kill American troops.

It established the Demographics Unit to “map ethnic residential communities within the Tri-State area [New Jersey, Connecticut, New York State]” and to send undercover police officers, or rakers, to monitor Muslims in this region. Made up of 16 officers speaking among them Arabic, Bengali, Hindi, Punjabi, and Urdu, the unit lists 29 “ancestries of interest,” all of them predominantly Muslim, including one described as “American Black Muslim.” In all, NYPD identified 263 of what it calls “ethnic hot spots” in the city, plus 53 “mosques of concern.”

Rakers filed daily reports on life in New York’s Muslim neighborhoods. Goldman and co-author Matt Apuzzo note that they “visited Islamic bookstores and cafes, businesses and clubs. Police looked for businesses that attracted certain minorities, such as taxi companies hiring Pakistanis.” They got personal, Goldman goes on: “If a raker noticed a customer [in an ethnic bookstore]looking at radical literature, he might chat up the store owner and see what he could learn. The bookstore, or even the customer, might get further scrutiny.”

Goldman and the Associated Press clearly disdain NYPD tactics and hope to water them down. But these tactics have protected New York from thirteen failed or thwarted terrorist plots, Commissioner Kelly stands by them, and they garner wide political support. New York City’s Mayor Michael Bloomberg praised the NYPD for a “very good job” and John Brennan, Obama’s counterterrorism adviser, lauded its “heroic job.” U.S. Representative Peter King (Republican of New York) rightly commended its methods as a model for the federal government,

King is right: the methods adopted by the country’s most effective counterterrorism force should spread to every other Western law enforcement agency.