Trending Now
You are at:Home»Featured»In Thy Wounds, Hide Us
By Dorothy Joseph on February 8, 2012 Featured, Live in Christ 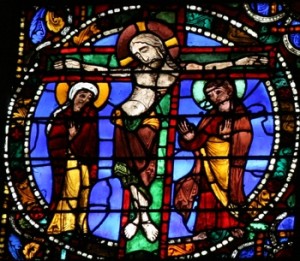 My husband and I recently attended the funeral of a relative who died suddenly at age twenty-one. During the lovely Baptist service, family and friends told stories and gave testimonies of a girl who loved generously, especially children, and was about to obtain a teaching degree. She not only had a special gift of capturing children’s attention, but also of witnessing to friends and family about Jesus Christ. At the conclusion, Stephen Curtis Chapman’s poignant song , “Heaven is the Face,” dedicated to his three year old daughter who was tragically (accidentally) killed by her older brother, played to a weeping congregation as the words were displayed on a screen.  Words just fail. Go listen:   http://www.youtube.com/watch?v=Z9JTwJ_1lzE

As I pondered the deaths our extended family have suffered through this year—a beloved aunt, my sister in law’s father, and the unexpected loss of a  friends’ two-year old grandson, I was deeply impressed by Stephen’s final  lyrics:  “So  God, You know/  I’m trusting You/ until I see/Heaven in the face of my little girl.” The pastor expounded upon that thought: when someone you are very close to dies, suddenly, heaven is not some vagary—it becomes the face of your beloved, who will take your hand at your own death and bring you to the throne of the living God.

Such a beautiful impression; I had never thought of that.

It reminded me of a wrenchingly sorrowful funeral of a father and his teen-aged daughter years ago. A photograph of the two of them at a recent father-daughter event had accompanied the Mass cards; that idea of heaven as their smiling faces is so fitting.

However, at the time, just seeing the two coffins side by side in front of the sanctuary was crushing; overwhelming.  How could his dear wife—widowed and losing a child in the same day—possibly just even take a next breath? How could she and her other children even see anything in such a confusion and shock of grief? Can one see the face of a beloved at such a dark time?

I knelt by the coffins, a large crucifix hovering over the coffins: Christ crucified, Christ in His suffering. How knows that, in our sorrow, contemplation of His suffering is the only way we can grasp that He, indeed, weeps with us. Below the Crucifix, directly behind the coffins, His true Presence in the Tabernacle: How great a mystery that! Through worthily receiving His true Flesh and Blood, we can unite ourselves to both the Church Suffering and Church Triumphant, and all of our departed loved ones.

Christ’s suffering face, His pierced body, His Eucharistic reality: during the wake; during the funeral Mass; in the afternoon, as the cars proceeded to the burial place, and during the large gathering afterwards; that evening, when the church caretaker locked up; throughout the long, sleepless night; the next morning, when grieving ones dragged themselves out of bed to face a “normal” day without their beloveds; and the next day end the next week; and a year later and a decade later—Christ’s suffering face, His pierced body, His Eucharistic reality.

O, most Holy Face of Jesus, in Your suffering and Your divine Eucharistic Reality, show Yourself to those who grieve, who long to see the face of Heaven, and hold the souls of our dearly departed close to your Sacred Heart. Help us to hope that we will see You, and them, in the fullness of eternity.