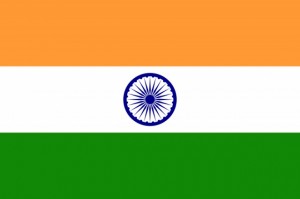 The southern Indian state of Kerala might be the next in a long line of governments attempting to destroy their own greatest resource: their people.

According to on-the-ground reports obtained by PRI, elements in the Keralan government are attempting to pass what they innocuously call “The Women’s Code Bill.” This bill, if passed, would create a two-child policy in the state of Kerala, in an attempt to curb India’s “overpopulation” problem.

Like other restrictive birth policies around the world, the Keralan policy would carry criminal penalties. For instance, if a couple were to become expectant with an over-quota child, the father could face three months of imprisonment, or a fine of 10,000 rupees (about $200 … an astronomical sum for lower-class Indians). People or associations who spoke out against the program could be gagged with huge fines or prison sentences.

And, just like China’s one-child policy, the government would refuse to acknowledge the existence of over-quota children, denying them basic rights and state benefits.

The bill would also encourage abortions as a way for families to remain under-quota. Free abortions would be available in state hospitals. In addition, free contraceptives would be available to married couples. The bill also takes the further step of allowing no-court divorce: essentially it would provide for the institution of a “marriage officer” who would have the power to grant divorces outside of Kerala’s legal infrastructure … if both parties were willing. The reason for this? An explicit desire to “streamline” the divorce process and eliminate backlog in Keralan divorce courts.

The net effect of all this seems to be a systematic and deliberate assault on traditional Indian family structures and values, all for the purpose of disrupting what Keralans have been doing for centuries: having large families.

In addition to this, this two-child policy is being proposed in the face of hard demographic data, data that clearly shows that shows that Kerala is experiencing the same birth rate decline and population aging that is afflicting the rest of the world. In other words, even if overpopulation were a problem, the “problem” would be quickly correcting itself on its own, without the need for forceful, abusive policies.

But what really worries population control advocates around the world is that the Catholic Church has set up its own social agenda in Kerala. These Church policies make a point to extend benefits like education, health care, and other benefits to larger families.

Most Catholics see these policies as merely an extension of the Church’s existing philosophy on the primacy of the family and the value of children. But many radical population control groups have tried to frame it as a sort of “population war,” with the Keralan Catholic hierarchy playing the part of the irresponsible villain. According to a recent article in Population Matters, the Church in Kerala is “worried about its dwindling numbers,” and as a result is “exhorting its flock to have more children.”

“In the southern state of Kerala,” the article continues, “where Catholics have long been a large, important minority, church authorities believe the state’s overall Christian population could drop to 17 percent this year, down from 19.5 percent in 1991. While they don’t have precise numbers for the Catholic population, they believe it is also dropping sharply.”

Never mind that the Catholic Church is the world’s original charitable institution, so it has always been in the business of giving out free health care, food, shelter, and education. Giving such aid to larger families is nothing new. Population Matters also makes much about the fact that some of these charities give cash benefits to large families, but so what? Large families have more mouths to feed … the money is not social engineering. It just makes sense.

And furthermore, never mind that even this article is forced to admit that these policies are not universal across the region. Some Indian Catholic institutions base their charitable giving on the number of children. Some don’t. It just depends.

The thing is, if there’s anything we’ve learned at PRI it’s this: people who dehumanize other people tend to assume that everyone thinks the same way. In other words: to many, human population is nothing better than a scourge on the planet at worst, and a tool to be manipulated at best. Naturally, they figure that every other social institution thinks this way.

But the fact of the matter is that the Catholic Church sees each human as individual and unique. It sees each person as valuable for their own sake, and it sees each human fertility decision as intensely private and individuated. And as such, the Catholic Church has always been in the business of helping people live better lives. Sometimes helping people live better lives means providing them with free health care or education. Sometimes it means giving them cash bonuses to help them feed their families.

And sometimes, it means leaving people alone to make their fertility decisions in the privacy of their bedrooms. The Keralan government could stand to learn something from the Catholic Church.