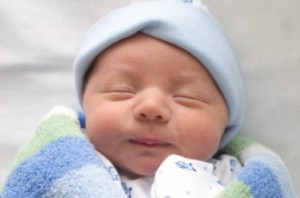 In Virginia, Gov. Bob McDonnell signs a bill requiring that abortion-minded women be given the opportunity to see an ultrasound of their unborn children — which causes many of them to change their mind. In Oklahoma, women considering abortion must now listen to the beating heart of their babies in utero — which likewise leads many to continue their pregnancies. In the U.S. Congress, a bill banning sex-selective abortions moves forward.

Despite these baby steps forward, abortion-on-demand remains the law of the land in the U.S. and other Western countries. And now comes an article, entitled “After-birth abortion: why should the baby live?” which flatly argues in favor of infanticide.

Lest you doubt that anyone would openly espouse the killing of babies after birth, let me quote from the article itself. “Merely being human is not in itself a reason for ascribing someone a right to life,” the authors assert. Killing a newborn “should be permissible in all the cases where abortion is, including cases where the newborn is not disabled.”

How do they pretend to reason their way to such inhumanity?

Since newborns lack the “level of mental development” necessary to be considered a “person”, the authors assert, they are merely “potential people.” “The alleged right of individuals (such as fetuses and newborns) to develop their potentiality, which someone defends, is over-ridden by the interests of actual people (parents, family, society) to pursue their own well-being … merely potential people cannot be harmed by not being brought into existence.”

In other words, say the authors, what a baby doesn’t know — its impending death, in this case — can’t hurt it. If an Indian couple decides that allowing a girl child to live will impede its well being, they have a perfect right to kill her. Likewise, if the Chinese government decides that too many babies will impede its well-being, well, it has the perfect right to slaughter the innocents, born as well as unborn, by the hundreds of millions.

Understand that this screed was not published on some obscure left-wing website, but in the February 2012 issue of the Journal of Medical Ethics. Neither are the authors wingnuts, at least in the eyes of the world. Both hold academic positions at major universities, and both consider themselves to be experts on bioethics, superbly qualified to lecture the rest of us on matters of life and death. In actuality, they are moral monsters, wandering about in some strange, surreal world that their own darkened reason has created. The culture of death has that effect on people. He whom the Devil would destroy, he first makes mad.

Congressman Christopher Smith is among those who have condemned their proposal: “This preposterous, arbitrary and evil prerequisite for the attainment of legal personhood is not only bizarre—it is inhumane in the extreme. Stripped of its pseudo-intellectual underpinnings, [the authors’]rationale for murdering newborns in the nursery is indistinguishable from any other child predator wielding a knife or gun.

“Children — born and unborn — are precious. Children — sick, disabled or healthy — possess fundamental human rights that no sane or compassionate society can abridge.”

Make no mistake: while we are working very hard to humanize the unborn, using ultrasounds, fetal monitors, and scientific information on fetal development to convince people that these tiny human beings are worth saving, there are those on the other side of this issue who are working just as hard to convince people of the opposite: that they can be killed with impunity and without remorse, before or after birth.

A few short years ago no medical journal would have accepted an article purporting to justify infanticide. Now, after human life has been devalued by 40 years of legalized abortion, such a proposition creates barely a stir, at least among the elites. Remember that no less a figure than President Obama, when he was an Illinois state senator, voted in favor of infanticide.

There is little doubt that without the pro-life movement not only would we have many more abortions in the U.S., we would also have infanticide and euthanasia on a massive scale. There would be no one to oppose the killing of innocents and the elderly.

We must bequeath to our children a culture that respects life, one in which no human being, however small, weak, or aged, will be sacrificed. The alternative is too chilling to contemplate.