Trending Now
You are at:Home»Featured»Is Rock Music Good for You?
By Agnes M. Penny on October 11, 2014 Featured, Music, MyChurchParish.com, Parenting 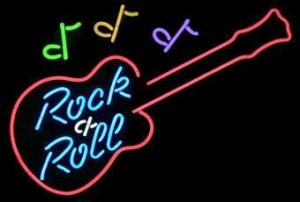 We all know that the lyrics of rock music are often morally offensive; however, evidence is appearing which indicates that rock music itself may be harmful regardless of the lyrics.  Although studies of the harmful effects of rock music are hard to find, there is a growing concern that there is something about the beat and the repetition in rock music — including Christian rock — that is unhealthy for the human brain and behavior, for both our minds and our souls.

Perhaps the most intriguing research done on rock music is the award-winning experiments of David Merrell in 1997. Although still in high school at the time, David Merrell’s meticulous attention to detail won him the respect of many in the scientific field. He used 72 male white mice, of approximately the same age and weight, and timed them finding their way through a 3-foot maze. Each averaged about 10 minutes. Then Merrell divided the mice into three groups: a control group which listened to no music, a group that listened to Mozart for 10 hours a day, and a group that listened to hard rock for 10 hours a day.  Each group of mice was put the mice through the maze three times a week for three weeks.

Obviously, the mice could not understand the lyrics of the songs they were listening to; there must have been something about the music itself which confused their brains while running through the maze and caused their fatally violent behavior.

What is it about rock music that has such devastating effects?

In his book, Closing of the American Mind, University of Chicago professor Allan Bloom explains that rock music — not just hard rock, but also soft rock and rock n’ roll — is essentially rhythmic, whereas most other music is essentially harmonic.  Harmonic music appeals to the mind and encourages reflection and appreciation of beauty, while rhythmic music appeals to emotions and the lower passions, and encourages our emotions and passions, particularly anger, depression, and lust, to override the judgments of our higher powers.

But that’s not all. Dr. P. Sleight, in a study out of Oxford, found that rock music is capable of changing the heart rate of the listener. Psychologist Dr. James Girard wrote that rock music was dangerous because its rhythm is not in accord with man’s natural body rhythms, such as the heart beat and the pulse. Rock music offers a beat that is contrary to this natural rhythm and thus causes a host of problems, including difficulty in making decisions, impaired judgment, depression, emotional instability, and rebellion; unfortunately, because the rhythm in rock music causes a change in the heart rate, it can also be addictive. Therefore, the element in rock music that is most harmful (aside from the lyrics) is what makes rock music so extremely difficult to give up.

Furthermore, the repetition usually found in rock music dulls the mind and impedes its normal functions. In addition, the loud volume at which rock music is often played causes the brain capillaries to constrict, which means less blood going to the brain which impairs one’s ability to memorize and further impedes other brain functions.

Martin Polo, director of Audio Visual Services at UCLA, wrote that continual exposure to loud music can cause psychological damage from depression to schizophrenia.  Joseph Crow, professor at the University of Seattle, found that the vibrations in rock music could re-condition the mind and lay the groundwork for indoctrination.

If bad music can be so detrimental, what are the effects of good music? There is much anecdotal evidence to show that truly good music — melodious, harmonic, music — can promote calmer, more peaceful, behavior in classrooms, in homes, and even in shopping malls, as well as clearer thinking and greater self-control. Music has also been used in medical circles because of its powers to relax and uplift patients; the UCLA School of Nursing and Georgia Baptist Medical Center in Atlanta found that premature babies gained weight faster when soothing music was played; a patient at Beth Abraham Hospital in New York City who had not spoken since he suffered a stroke began humming when his therapist played her accordion; eventually he began talking.

Good music can cheer us up, relax us, take us out of ourselves, and open our hearts to the beauty of transcendental truth.  Hopefully, in the future, scientists will undertake more rigorous studies of the effects of different types of music so we don’t have to rely so much on anecdotal evidence to persuade music lovers to make more prudent choices in selecting music.

What implications does this information hold for Christians? We must ask ourselves, how can we live a life of virtue when we listen to music that causes negative emotions and lower passions to be aroused, our inner serenity disturbed, and our clarity of thought muddled? How can we serious about making the right moral choices in our daily lives when we allow our decision-making abilities to be impaired and our emotions disordered?

Growth in holiness involves subjecting our emotions and our lower passions to our reason and our will. We strive to focus our minds and hearts on that which is higher, the spiritual, and the eternal, rather than the material, the pleasurable, and the worldly. While we struggle each day to bring about this focus, we are defeating our own purpose when we listen to music which evokes a more earthly, even animalistic reaction and emphasizes our own sentimentality, depression, anger, and lust.

If we are really concerned about the well-being of ourselves and our families, we won’t allow rock music in our house or car even if the lyrics aren’t “that bad.” As Christians, we must not be afraid to defy our culture, to overcome our own musical addictions, and to bravely fill our homes with truly harmonic, melodious, and beautiful music. Overcoming attachment to our favorite music is not easy, but perhaps it’s time to reevaluate the music we listen to and cut out the music we find wanting.

Fr. Thomas Dubay, in his book, The Evidential Power of Beauty, sums up the importance of this sacrifice: “In touching the inner core of our beings beautiful music ennobles and uplifts. It possesses a persuasive power toward the good, while coarse and barbaric music cheapens, degrades, and promotes evil. Handel’s ‘Messiah’ lifts the mind and heart to the glories of the Incarnation and Resurrection, while rock, not surprisingly, is often accompanied by drugs and sexual immorality – and at times is followed by a riot. ‘From their fruits you will know them.’”