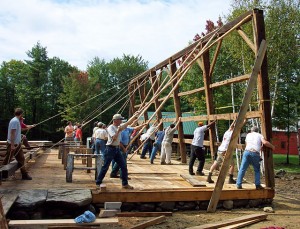 Not so long ago, most ecclesiastical officials and Catholic academicians emphasized solidarity as a political ideal. Owing to a common misunderstanding of both government and solidarity, that emphasis was almost always at the expense of subsidiarity. In recent years, however, the tide in favor of subsidiarity has begun to turn.

It remains true that concern for the poor and marginalized must be a significant political priority, reflected in how we conceive and use government. But what too many Catholics missed for much of the twentieth century was that solidarity is not really a political virtue at all, whereas subsidiarity is. Solidarity is the concern of all for all. It is the sense of responsibility we are all supposed to have for each other. It leads to that true care and reciprocity which are the marks of a healthy society, and it is prior to politics and government.

But insofar as solidarity has been incorrectly viewed as a political virtue, too many Catholics have insisted on the need to mimic solidarity by using government to enforce what they think the results of solidarity should look like. As Pope Benedict pointed out in his social encyclical, Caritas in Veritate, “Solidarity is first and foremost a sense of responsibility on the part of everyone with regard to everyone, and it cannot therefore be merely delegated to the State” (#38). Insofar as it is forced, solidarity is a contradiction in terms.

In contrast, the principle of subsidiarity is distinctively a political virtue, though not exclusively so. Based on the truth that human dignity includes the right and the duty of persons to freely participate in the solutions to their own problems, the principle of subsidiarity states that everything should be done at the lowest possible level of organization, and that whenever something more is needed, higher levels of organization are obliged to assist lower levels rather than to supplant them. This means that in the political order the virtue of subsidiarity actually preserves and fosters the conditions within which solidarity can flourish, even if solidarity does not necessarily flourish as a direct result.

We have a fresh case of the resurgence of subsidiarity in the recent address by the President of the Pontifical Council for the Family at an event organized by the Holy See’s mission to the United Nations. Pointing out that the efforts of the “welfare state” to substitute for the family have further weakened the family and created a vicious cycle of increasing dependence on government, Archbishop Vicenzo Paglia concluded:

It thus becomes clear how important it is for…government to have a correct understanding of the family when formulating public policy and to respect subsidiarity, which should be a guiding principle in any governmental action. [emphasis added]

This is another small sign of the genuine renewal of the Church. She is beginning to separate herself from the reigning secular order, not least by acting as the guardian of even those natural principles which the modern State refuses to observe.