Trending Now
You are at:Home»Featured»Is the World Ready for Aging?
By Stefano Gennarini, J.D. on February 3, 2015 Featured, The Social Order, Those in Need 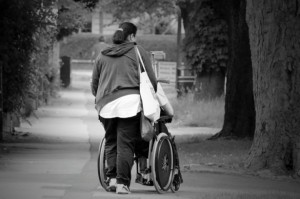 UN population experts promoting low fertility were dumbfounded when asked what lies ahead for countries that will grow old before they have a chance to become rich.

At a UN panel last week an expert from Harvard University said, “There are economic and health benefits from fertility decline.” During a presentation to UN delegates at an expert meeting on population dynamics and sustainable development another population control advocate said, “more resources to control fertility” are needed for girls as young as 11 years old.

This theory—known as the “demographic dividend” is being tested relentlessly as more and more countries experience low fertility without any accompanying economic gains.

Country representatives at the meeting seemed more concerned about their already low fertility than the need to reduce it any further.

How can people “let go of the idea that they need extended families when they get older,” asked a delegate of El Salvador. “High dependency on family remains because there is no safety net”, he explained. “This is what is in the back of people’s minds. They are going to end up with no one taking care of them.”

The experts’ answers were not reassuring.

Jocelyn Finlay, the expert from Harvard, said she was not aware of any work to shift expenditures for sexual and reproductive health to social protections for the elderly. The panelists were dumbfounded, and could only point out some of the flaws in their theory.

“The demographic dividend is not automatic,” said John Wilmoth, the UN’s demographer-in-chief.

“Not every country that has experienced reduced fertility has harnessed the benefits,” added Finlay. She warned countries that the demographic dividend can become a deficit: “Act fast! This window opens and then closes.”

Finlay highlighted the dark side of the demographic dividend theory: rapidly aging populations. People in rural areas of South Korea and China are “just being left behind,” she said, there is “no social support for them.” Earlier, Finlay had pointed to South Korea as the poster child for the demographic dividend theory. But aging requires huge institutional shifts and has proven to be “a big ask,” she explained.

Aging problems may be more severe in poor countries in Africa that are currently the target of fertility reduction campaigns from the United Nations.

In Africa, the only social protection is the family. But Parfait M. Eloundou-Enyegue of Cornell University said, “The family is a safety net only in so far as the social contract is maintained.” He said that even in Africa the family is under stress from urbanization and resulting increased costs of living.

The UN Population Division organized the panel ahead of the Commission on Population and Development in April.