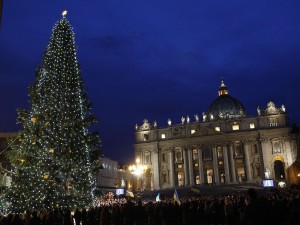 Believe it or not, this needs to be said: The prophet Jeremiah wrote nothing about Christmas trees.

Why does that need to be said? I mean, the prophet Jeremiah was born in the middle of the 7th century B.C. In other words, he lived about 2,600 years ago. Why in the world would anybody in the world think Jeremiah had anything whatever — good, bad, or indifferent — to say about Christmas trees? After all, they did not appear in the world before the 16th century A.D. — that is, about 400 years ago.

It needs to be said because fundamentalists read the King James Bible and, in many cases, completely misunderstand what they read.

Here is the passage they quote against Christmas trees — and, believe you me, they do quote it, as anybody involved with social media over the past six weeks can tell you — Jeremiah 10:2-4 in the King James Version (KJV) of the Bible:

[2] Thus saith the LORD, Learn not the way of the heathen, and be not dismayed at the signs of heaven; for the heathen are dismayed at them. [3] For the customs of the people are vain: for one cutteth a tree out of the forest, the work of the hands of the workman, with the axe. [4] They deck it with silver and with gold; they fasten it with nails and with hammers, that it move not.

One can almost see how somebody might think this passage refers to Christmas trees. Cutting a tree from the forest… working it with an axe… decking it with silver and gold… fastening it down so it can’t move….

One can almost see how.

Except, the prophet lived a couple of thousand years before the Christmas tree was invented. Therefore, he must have had something else in mind. What was it he had in mind? The passage from Jeremiah in context makes clear — even in the archaic diction and syntax of the King James Bible — that the prophet is referring to pagan idols:

[1] Hear ye the word which the LORD speaketh unto you, O house of Israel: [2] Thus saith the LORD, Learn not the way of the heathen, and be not dismayed at the signs of heaven; for the heathen are dismayed at them. [3] For the customs of the people are vain: for one cutteth a tree out of the forest, the work of the hands of the workman, with the axe. [4] They deck it with silver and with gold; they fasten it with nails and with hammers, that it move not. [5] They are upright as the palm tree, but speak not: they must needs be borne, because they cannot go. Be not afraid of them; for they cannot do evil, neither also is it in them to do good.

Jeremiah was writing about the nothingness of the pagan idols: they are made from wood that’s plated with precious metals or adorned with jewelry. They are not gods, they can do nothing good or evil: they can’t even move of their own accord! So useless are they, they need to be fastened down so they won’t fall over. Don’t have anything to do with them!

Reading the passage in the real King James Bible would make it even harder for fundamentalists to misinterpret this passage from Jeremiah.

What do I mean, “the real King James Bible”? Modern editions of the KJV have removed a great deal of material that the editors, translators, and publishers had in the original edition. Headings and headnotes are among the items removed. As you can see from this image, the 1611 edition of the KJV heads the 10th chapter of Jeremiah as being “Of Idolatry.” and notes the 1st verse as starting “The vnequall comparifon of God and idoles.” 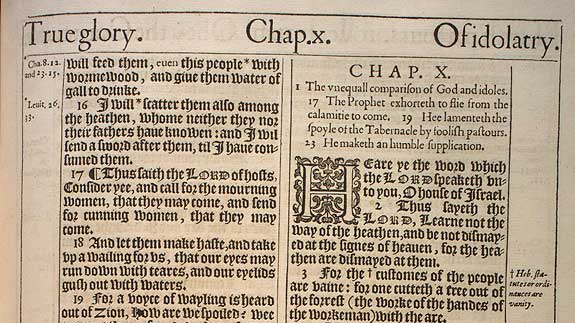 Even His Most Gracious Majesty’s loyal subjects who published the King James Bible in 1611 knew that Jeremiah was writing about pagan idols and “the unequal comparison” between the false gods and the true God.

The KJV is very popular among fundamentalists. One may wonder why this is so. The diction and syntax are archaic, making many passages difficult to understand. I have a hunch that the difficulty itself makes it appealing to some people, though why the difficulty itself appeals to them still eludes my grasp.

I think most of the devotees of the KJV would be shocked to find out just how Catholic the original 1611 edition of the King James Bible was. It included all the books of the Bible, not just those of the Protestant abridgement (though the deuterocanonical books are called “Apocrypha”). And its prefatory material featured, among other things, a calendar of readings for the liturgical seasons of Advent, Christmas, Lent, and Easter, and also for saint’s days, including “holy days” such as the Purification of the Blessed Virgin, the Nativity of Saint John the Baptist, and All Saints Day.

Yes, the men who translated, edited, and published the King James Bible kept feast days in honor of the saints.

Here follow five page images demonstrating that much of a Catholic mentality was behind the original King James Bible. (Click to enlarge.) 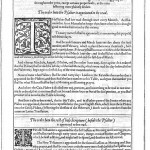 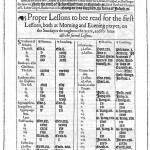 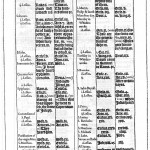 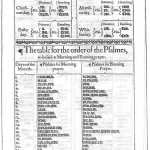 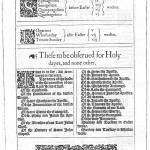