Trending Now
You are at:Home»Featured»Les Misérables Provokes Mixed Emotions in a Catholic Viewer
By Anita Crane on December 27, 2012 Featured, On TV and Movies 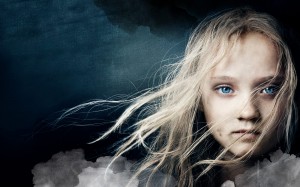 Thanks to a friend and diehard Les Miserables fan, I saw the movie musical but have mixed emotions about it. Hugh Jackman is a fine Jean Valjean, but the Victor Hugo story is highly misleading on the French Revolutionaries; the musical by Alain Boublil and Claude-Michel Schönberg, with lyrics by Herbert Kretzmer, is mostly mediocre; and the filmmakers exploit some characters.

This movie isn’t for children because Tom Hooper depicts Fantine’s (Anne Hathaway) sorrowful downfall somewhat graphically, he adds to the musical a bishop or bishop impersonator having sex with prostitutes, and his screenwriters re-wrote the lines of the good priest (Colm Wilkinson) who ministers to Jean Valjean with love and mercy.

Hugo and his interpreters have tried too hard to break hearts by depicting the latter French Revolutionaries as starving peasants and rebellious bourgeois. But the real French Revolutionaries were brutal murderers who chose their victims day-by-day, seeking to kill the Catholic Church and all her people, sometimes skinning victims alive or beheading them and carrying their heads as trophies on pikes.

Consider the snake Voltaire, Francois Marie Arouet, who wrote in his Letter to d’Alembert (June 23, 1760),  to “crush the infamous thing,” namely, the Catholic Church, the Mystical Body of Christ. As a result, blood on the streets of Paris caused such a stench and spiritual outcry that historian Warren Carroll said nature rebelled when horses eventually refused to tread on these sites. So the scenes of the French Revolutionaries in “Les Miserables” are empty because they die in vain fighting an undefined monarchy, when, in fact, the king, the queen and their family had been dethroned and slaughtered like pigs.

Yet Hugo’s latest interpreters depict the Church favorably: It’s where the noble Valjean flees to Christ and the sacraments, her ministers, sisters and laypeople care for the poor, sick and dying, and she gives refuge to those unjustly sought by the cruel state, which is represented by the Judas-like character Javert (Russell Crowe).

Amid all my criticism, I’m grateful for the character of Jean Valjean, whose love is pure, beautiful and, yes, worthy of tears. In my heart of hearts, I hope it inspires people to love God and care for orphans, especially the so-called unwanted little ones, who are threatened by abortionists.

All things considered, I urge you to read The Guillotine and the Cross by Warren Carroll. You may listen to Dr. Carroll’s free lecture  on the conversion of Danton, instigator of the French Revolution, @ iTunes.

Last but not least, consider that the French Revolution (and its Reign of Terror) was the model for all communist revolutions, which still plague us today.

This commentary was originally published here.