Trending Now
You are at:Home»Featured»Lessons from Rosh Hashanah
By Patrice Fagnant-MacArthur on September 28, 2011 Featured, Live in Christ, MyChurchParish.com 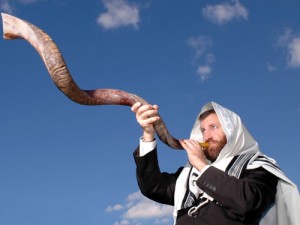 The Lord said to Moses, “Tell the Israelites: On the first day of the seventh month you shall keep a Sabbath rest, with a sacred assembly and with the trumpet blasts as a reminder; you shall then do no sort of work, and you shall offer the oblation to the Lord.” (Leviticus 23:23-25)

I’m embarrassed to admit how little I actually know about Judaism, but I’m always interested in learning more. An article in The Springfield Republican about Rosh Hashanah by Rabbi Max Davis set me on a mission to find out more about the Holy Day of the Jewish New Year.

The creation of this Holy Day by the Lord is recorded in the book of Leviticus. Rosh Hashanah literally means “Head of the Year” and will be celebrated this year the evening of September 28th through the evening of September 30th. The Jewish people are beginning the year 5772 on their calendar. Rosh Hashanah is known by a few other names. It is referred to as Yom Ha-Zikkaron (the day of remembrance) or Yom Teruah (the day of the sounding of the shofar). It is also known as Yom HaDin which translates as “Judgment Day.” As Rabbi Davis states, “It is considered a judgment day of sorts, the days upon which God scrutinizes our deeds of the previous year and notes whether or not we have lived up to our potential.”

One of those areas of living up to our potential is in the realm of our personal relationships. Rabbi Davis continues, “Rosh Hashanah celebrates the fact that it is never too late to attempt to repair our friendships, even if they are stale or sour. Rosh Hashanah bids us to seek forgiveness from the Almighty as well as from fellow mortals – and be willing to grant forgiveness too whenever possible. We are urged to mend our fractured relationships through prayer, dialogue and most importantly, through pushing ourselves to look in the mirror and admit fault when we see it.”

One of the customs that is part of Rosh Hashanah is Tashlikh (“casting off”).  According to Judaism 101, “We walk to flowing water, such as a creek or river, on the afternoon of the first day and empty our pockets into the river, symbolically casting off our sins. Small pieces of bread are commonly put in the pocket to cast off.”

We Catholics have the wonderful gift of the Sacrament of Confession for casting off our sins, but we can always use the reminder to repair our human relationships. It is a sad fact of life, but we all hurt, and are hurt by, those we care about. We let important relationships fade because of these hurts – it sometimes seems easier to walk away then deal with the messiness of human life. We hate to have to admit we were wrong.

“I’m sorry” can be the hardest words to say. “I forgive you” falls into that category as well. Yet, those two statements, provided that the meaning behind them is genuine, can go a long way in healing our wounded relationships.

Rosh Hashanah is a Jewish Holy Day, but we can all take a lesson from it. What relationships do we need to heal? What apologies do we need to offer? What forgiveness do we need to extend? This is the time to begin anew.