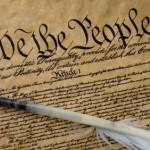 You can’t manufacture a silk purse from a sow’s ear. With Mark Levin’s powerful first chapter we enthusiastically agree: the archipelago of Federal pigpens positioned around the country and headquartered in Washington, D.C. is breeding a boorish nation.

The solutions proposed in Levin’s recent book, Liberty Amendments, would be eleven relatively short additions to the written Constitution. The means for enactment would be a “Convention for proposing Amendments” as per Article V of the U.S. Constitution. Here Levin points to a path whereby we the people might circumvent the Federal apparatus. Why try this end run? For the express purpose of Restoring the American Republic.

Unfortunately, Levin says little about God, although at page 140 he does paraphrase John Adams on the sanctity of private property. In short, Levin omits from his Convention agenda anything that actively solicits the interposition of Divine Providence – a glaring omission insofar as it will take a miracle to realize the restoration Levin desires. He cites Benjamin Franklin four times, but ignores Franklin’s pertinent speech advocating appointment of a chaplain during the Convention at Philadelphia, delivered on 28 June 1787:

To (a) kind providence we owe this happy opportunity of consulting in peace on the means of establishing our future national felicity. And have we now forgotten that powerful friend? I have lived, Sir, a long time, and the longer I live, the more convincing proofs I see of this truth – that God governs in the affairs of men. And if a sparrow cannot fall to the ground without his notice, is it probable that an empire can rise without his aid? We have been assured, Sir, in the sacred writings, that “except the Lord build the House they labour in vain that build it.” I firmly believe this; and I also believe that without his concurring aid we shall succeed in this political building no better than the Builders of Babel: We shall be divided by our little partial local interests; our projects will be confounded, and we ourselves shall become a reproach and bye word down to future ages.

Levin proposes political and economic reforms for a Convention to consider. And rightly so. But restoring the republic is culturally and spiritually impossible, except in conjunction with an authentic restoration of what is described officially in the flag pledge as “one nation under God.”

Therefore, we should take Levin at his word, where (in the Epilogue) he invites us to improve upon his proposed liberty Amendments. Let us begin by indicating how to reconcile church and state, and how to remove major obstacles to a moral and spiritual upgrade of the culture. My next installment will consider political and economic reforms essential to “restoring the American republic,” comparing and contrasting Levin’s approach with my own.

Culture is, as it were, a nation’s spiritual atmosphere. For people with moral scruples and consciences formed by Holy Scripture, a postmodern culture like ours is starting to function more and more like spiritual pollution. It poisons us in a civic sense, in proportion as we take our religion to heart and fear for the fate of children growing up in such an environment. But by negating political manifestations of sin (like SCOTUS opening the floodgates to pornography) we make it possible — as in America’s not so distant past — to screen out the pollutants that contaminate the culture.

By way of analogy, we may enter into buildings equipped with machines that filter out air-born toxins. Similarly, we may build sub-cultures that provide some countercultural escape for families, churches, homeschoolers, etc. But there is no such thing as a cultural space suit. Citizens cannot be totally free of the cultural atmosphere without joining the diaspora, some 3.8 million American civilians who live overseas. Even as far away as Latin America, or sub-Saharan Africa, the influence of the world’s one military and cultural superpower can be felt.

And if we reside in the USA, ours is a constant battle to resist the contagion of decadence. Postmodern culture spreads throughout national life, and touches the lives of everyone residing here.

Thus, the vapid and shallow soundbites about inclusiveness – about the postmodern trinity of tolerance, diversity and choice – must run afoul of what all residents, young and old, are compelled to endure. To the extent that the atmosphere is all-pervasive, it demoralizes the best elements in society and weakens their influence in public life. Meanwhile the worst elements are energized, reinforced, and deepened in the exercise of anti-social conduct.

Therefore a spiritual revival that proceeds from the grass roots will not alone suffice. The cultural commissars in the media, the entertainment industry, the government schools, and in the Federal courts will quench the flames of any revival before it can develop into the firestorm necessary to cleanse the culture.

The prerequisite, therefore, to spiritual revival and cultural purification in America is a counterrevolution at the top that deposes the hellish politicians, usurping judges, and moguls of postmodern mores from the political/societal high ground which they began to conquer half a century ago. Because the moral and spiritual retrogression has been steep and enduring, quite direct reforms are requisite to a radical turnabout.

Since in principle a republic is a government of laws, not men; we must lead with laws in order to accomplish such a counterrevolution. And because the highest law of the land is the written U.S. Constitution, amending that document is the sine qua non; it is the course of action indispensable to a successful outcome.

Let us target the devils, each in their turn. First, oust the sentinels posted to suppress religion in the public square, particularly in public education. Via the amending process our objective would be to bolster the free exercise of religion clause in the Bill of Rights, so that truth can do battle with falsehood on a playing field that is not slanted to favor evil. A related purpose would be to open windows through which the lights of prayer and the Bible can disperse the darkness of sin and depravity.

Of course no Amendment will suffice to clean up the culture. But it can free up the forces that will.

Levin proposes eleven Amendments, none that deal with our cultural freefall. Summarized below, by contrast, is an outline for three sections of one arch-Amendment – a pervasive reform agenda for an Article V Convention. The answer to years of anti-religious retrenchment behind high palisades of legal precedent and interpretation is to guarantee a corridor by means of the written Constitution itself. Nothing will compel society to move through the breach, but the arch-amendment will assure Americans the opportunity.

The intent is not to make the Constitution a cultural blueprint for theocracy, but rather to clear avenues for “we the people” to decide our own destiny in the cultural sphere. To this end the nation needs constitutional avenues which are safe and sure. 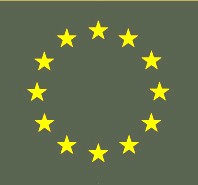 Sections ten through twelve of the proposed arch-amendment would address the decline of moral and spiritual life in America. The twelfth would reconcile church/state relations. The tenth and eleventh would authorize capping the four (or possibly five) eruption points where aberrations spew forth, like cultural carcinogens, into society.

General principles prefatory to sections 10-12: Civil rights and freedom necessitate a sense of community, duty and responsibility. When forces erode these ethics society is the victim; and disfigurement of society diminishes genuine liberty and quality of life for the individual.

In 1776 the Declaration of Independence designated life, liberty and the pursuit of happiness as inalienable rights that government dare not try to destroy. The first of these rights, human life, is sacred from conception to natural death.

The second and third of these rights relate to the freedom to live under laws that reflect our beliefs, laws that honor the distinction between license and liberty. The first and fundamental unit of American society is the family, protected by the institution of marriage. For homosexual hedonism, however, no special rights proceed from the written Constitution. Attempts to rule otherwise from the bench, or to mainstream sodomy into the culture by any means whatsoever, will be outlawed in any Judeo-Christian republic.

The rationale for boundaries under the misnomer, “separation of church and state,” is not to sever spiritual or moral principle from public affairs, but rather to facilitate social peace and to prevent ecclesiastical control in any principal department of the polity. In public education and in the peer group subcultures that flourish there, schoolchildren are entitled to have misleading or wanton influences checked — i.e. openly contradicted by Judeo-Christian wisdom and its summons to morality. Not only would these norms promote social tranquility in a sociological sense; they would also solicit the restoration of providential favor from America’s longtime Benefactor.

(To access the full prototype text for each section, the reader may follow the three links below):

A. Abortion / euthanasia: outlawed by U.S. Constitutional Amendment. Enforcement reserved, however, to States alone (not Federal government) in deciding penalties.

B. Sodomy [practicing homosexuality]: Neither marriage, special rights, nor adoption of children.

A. Special elective office created, the Cultural Laundress (only females eligible). Madam CuL selected by the electorate to biennial terms with rotation mandated after four years.

B. Authority of Cultural Laundress to represent community standards exclusively for pictorial contents of particular films, magazines, etc.; thus drawing definite and democratic lines as to what is deemed obscene by society. Continued dissemination after the line is drawn will be punishable as criminal.

C. Checks to her power to cull through the media and entertainment industry, and safeguards for freedom of the press in disseminating the written word.

1. Twelve minutes per day for Bible reading allowed, under the principle of decentralization to any teacher, grades 7-12, who so desires in his own classroom.

2. Posting of the Ten Commandments and a few Scriptural passages allowable for public school teachers, grades K-12; permitted also on any public property.

B. Provisos and private schools.

1. Checks with avenues for dissent

2. Benediction to the Constellation Amendment.
Seven paragraphs (not to exclude others) available singly or as a unit for use – without fear of litigation – in any public place including the classroom. These seven options include the Old Testament Psalm 89:18, and the Lord’s Prayer.

The foregoing represent a radical turnabout in the context of the last 50 years. For most of American history, however, citizens would have seen them as moderate adjustments, or even as reaffirmation of a national consensus.

For political and economic, as distinguished from cultural reforms, future installments in this series will take Levin’s eleven Liberty Amendments and contrast them with sections one through nine of my proposed arch-Amendment. Like Levin, we will look to solutions achievable under Article V.  Topics will include spiritual aspects of an economy saddled with chronic unemployment, and the trickle down immorality that proceeds from a corrupt national government.