Trending Now
You are at:Home»Featured»Life and Death in the Balance: Healing in The Fire, Part 2
By Mark Davis Pickup on June 27, 2012 Featured, Live in Christ 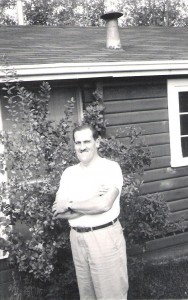 In 1967 I was 14 years old. One summer evening at the cottage, dad and I were playing chess at a table outside. The last vestiges of sunset sparkled on the lake then fading into dusk. Crickets could be heard in the distance. A fire crackled in the fire-pit giving us light. All was tranquil. Without warning, dad grabbed his chest and pitched forward. The table tipped over sending chess pieces flying. I yelled, “What’s wrong Dad!” He assured me everything was fine and recovered his composure. He said he thought he was coming down with something. No kidding! Conceding the game, he went into the cabin and laid down.  I told my mother what happened. When she asked him about it, he brushed off the incident as some minor ailment.

My father was of an era when men loathed to acknowledge personal sickness and recoiled at going to a physician. It was a sign of weakness. Dad made sure his family was well tended but neglected himself. The family would ultimately pay a terrible price for that neglect.

That Fall, my school year started off uneventful. I was in grade 8. It was during the Christmas Season that my father had severe heart attack and was taken by ambulance to a hospital and my mother went with him.

Somebody drove me to the hospital where Dad was in the intensive care unit (ICU). My mother sat crying in the waiting room. She said that dad’s doctors informed her he could die at any time! It was like somebody kicked me in the head! Everything began spinning out of control.

It is impossible to describe the fear we felt. Throughout that long night dad’s heart stopped three times and he was revived each time. By morning, it seemed he was somewhat stabilized.

I was told I could visit him for only 10 minutes. I walked through the forbidding greenish-white metal doors with that terrible ICU sign above them.  As far as I was concerned, the sign above the doors may as well have said, “Dying Room.”  It was like an anteroom for the half-dead to twist and struggle against the clutches of their graves. It felt like I was entering Dante’s inferno.

In the middle of the large ICU was a raised observation center for a proficient and aloof cadre of nurses and doctors to peer out over their subjects. They watched beeping monitors, examined charts and fanned out across the room to various patient’s beds. One side of the unit was for cardiac care. Other assorted life threatening conditions lined the other walls.  The atmosphere was sterile in more ways than hygiene. I walked past numerous beds, separated only by curtains and medical equipment, until I reached my father.  I was stunned at the sight of him.

His skin was waxy grey!  Electric cardio-shock was in its infancy; he had numerous burn marks on his chest as though hot stove elements had been held against his skin.

Even in that very sick state dad kept up a brave and cheerful face and smiled at the sight of me. I had ten minutes to see him so I cut through the possibility of small talk. Before my next visit  he could be dead.

I blurted, “I thought you were going to die!”  He became serious but in his usual unflappable way he said, “I thought so too, Mark.” His candor startled me.

“Weren’t you afraid?” I asked.

“Yes, I was afraid of dying before you kids are raised and leaving your mother to finish the job alone.”

“Your heart stopped beating three times, Dad! How can you be so calm?!”

He looked at me square in the face and said, “I want you to understand that Christ was with me. Mark. We all must die. You can die with Christ or without Him, but we all must eventually die.  This has been the point of everything I’ve tried to teach you, son. How you respond to Jesus Christ and His sacrifice at Calvaryis all that matters when you die. I want you to give your life to Jesus and live for Him.”

Growing up in a Christian home, surrounded by Christians, I had often heard the familiar refrain, “Have you given your life to Jesus?”  As a child I made a commitment to the Lord, but it was a cultural commitment of a boy who worshiped his father and wanted to please him more than God.  Now my father was dying.  He held my hand in a humble yet sacred moment of silent realization how fragile life can be.

The sickly quiet of the ICU was suddenly broken by a gurney bursting through the doors with an entourage of medical people.  A nurse unceremoniously ushered me out of the unit.  I found myself standing outside the doors looking at some poor wretch’s wife with soggy cheeks. She had a lost and terrified expression on her face.  I knew exactly how she felt.

Dad remained in the intensive for weeks. It seemed like eternity. We watched other cardiac patients come and either recover enough to be moved to the wards or die. My family remained in limbo, meandering in a shadowy nether-land that swayed back and forth between life and death, alternating toward hope then despair, as doctors tried to stop the downward spiral of my father’s heart failure, and various related crisis’s befell him.

Heart specialists worked valiantly to save dad and their medical skills were spectacular: But I detested their detachment from the humanity of suffering.  Damn it! He was not the patient in bed four.  He wasn’t the sum total of his electro-cardiograms, blood tests and whatever else was on his chart.  It was my father! His name was Howard and he had a family that loved him.  Our hearts were breaking! He was my father!

Not to be deterred, Dr. Bernard performed the world’s 2nd heart transplant in early January 1968 on a retired dentist by the name of Philip Blaiberg.  Again the daring of Dr. Bernard was front-page news.

Back in Canada, the head of the cardiac team at the hospital where my father was a patient called a meeting with the families of all the heart patients in the Intensive Care Unit and forbade newspapers or discussion of the Philip Blaiberg case because he didn’t want to see false hopes raised in his patients. Dr T  believed that Dr. Bernard’s sensational transplant operations in South Africa were premature and doomed to failure because anti-rejection drugs were still in their infancy.

Dad’s case was remarkably similar to Dr. Bernard’s first patient, Louis Washkansky.  Although we were warned not to get our hopes up for transplantation possibilities for our loved-ones, it was impossible.  Desperate people grasp at any hope.

My father’s heart specialist had a god-complex.  His colossal ego was fed by an extraordinary skill of saving patients other doctors were losing.  Dr. T was a blunt, rude man with an audacious bushy mustache that matched his personality. When he entered a room he expected its occupants to shrink back in awe of his gigantic, superior intellect. His patients were as a series of sustained arrhythmias, myocardial infarctions and faulty ventricles — I’m not even sure he actually knew his patients’ names.  They were specimens—challenges to help build his formidable reputation and prestige in the medical community.

Dr. T showed my mother Dad’s electrocardiogram. Instead of explaining the medical problem, he announced, “That’s the heartbeat of a dying man.”  Good explanation. My mother broke down and cried like a mere human.

The first man I saw die 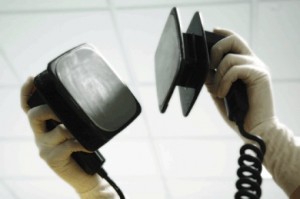 One day while I was visiting Dad, a man three beds away went into full cardiac arrest. Within seconds, nurses and doctors pounced on him. The scene reminded me of wolves attacking a crippled prey—except this pack was trying to save a life not take it.  It all happened so quickly that nobody had time to throw me out of the ICU.  A nurse made a haphazard attempt to close the curtain but the patient’s feet were still visible.  I could hear shouts of medical jargon between doctors and nurses jostling around the bed, then the rude sound of electro-cardio shock paddles being applied to the man’s chest. His body convulsed! There was a pause. Then the paddles were put to him again, again and again! With each shock his feet moved less. Finally the medical team stopped their frantic work. Somebody closed the curtain around his bed and they walked away.  I watched the whole thing unfold with wide eyes and my jaw on my chest.It was the first time I ever saw a man die! I slowly turned to look at my father. I don’t remember what he said – or if he said anything at all – but we held each other knowing the next feet to bounce up off the bed might be his.

Perhaps we said nothing because we were at that stage of emotion when one dares not speak for fear of weeping. Besides, my ten minute visitation was over. At the double-doors of the ICU, I stopped and turned to look at him again, wondering if he would die before I was allowed my next 10 minute visit. He looked at me and knowingly smiled. Such a terrible moment!

It was one of those inscrutable moments in which we live a lifetime. At such moments, a lifetime’s worth of love and sorrow — much of it still unlived — simultaneously flood our hearts. Our souls cry out in primal anguish; our pain throbs like a raw, gaping wound. Such moments are stark and terrible, yet to leave our souls unstirred would be a crime against our individual humanity.

I longed to be in our boat again bobbing on a lake with Dad in a cool morning mist.  I think that was the only time I’ve ever heard the lonely call of a loon in a hospital. Sobbing and blinded by tears, I pushed through the ICU doors into the hallway and unexpectedly bumped into a priest and faithful family friend, Father Edward Lynch.  He held me and I cried like a baby.