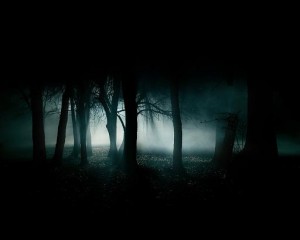 It should come as no surprise to anyone that there now arises a cry for contraception and other “sexual rights” to be recognized, provided, and enforced as basic human rights. Today’s orchestrated efforts by International Planned Parenthood Federation, the United Nations Population Fund, and their many allies to proclaim and enforce “sexual rights” as basic human rights is a continuation of an ongoing plan to restructure the family that emerged almost a century ago.

Over a period of 96 years, Planned Parenthood has persistently hammered away to convince courts, governments, and the United Nations to grant “rights” that are diametrically opposed to the good of mankind. Its persistence and insatiable appetite for more power and money are throwing the whole of creation off kilter. Catholic cardinal John Njue of Kenya has astutely pointed out that proposed “family planning” programs in Africa could “lead to destruction of the human society and by extension the human race.”

At the dawn of the 20th century, Planned Parenthood and its allies set out to recreate the center of God’s creation—the family—moving to enshrine a me-centered philosophy by weaving contraception into the fabric of America as a “right.”

By 1965, it had succeeded. Estelle Griswold, executive director of Planned Parenthood of Connecticut, sued the state after she was arrested and fined for flagrantly violating the law by distributing contraceptives. Her case went all the way to the Supreme Court.

In Griswold v. Connecticut (1965), the Supreme Court established in law that a broad, undefined, unwritten “right to privacy” existed that rendered laws restricting birth control within marriage invalid. The majority opinion admitted that the newfound Constitutional “right” was not written specifically in the Constitution, but said it was found lurking in the shadows, or “penumbra,” of the Constitution. In 1972, the Supreme Court decided in Eisenstadt v. Baird that the same right must be extended to unmarried people as well.

This implied right to privacy was not a new idea, but a reiteration of a theory proposed in the 1961 Supreme Court case Poe v. Ullman. The court refused to hear the case, saying that since no one had been prosecuted because of the law restricting contraceptives, there was no case to be heard. In that case, however, Justice John Marshall Harlan II said in his dissenting opinion that the case should have been tried rather than dismissed. He went on to say that the due process clause of the Constitution is not limited to the rights specifically set out in the Constitution. Rather, he said, it implies “a rational continuum which, broadly speaking, includes a freedom from all substantial arbitrary impositions and purposeless restraints.” Based on his interpretation of the due process clause, Harlan concluded that the Connecticut statute violated the Constitution.

This so-called “rational continuum” of the due process clause, now enshrined in law as a result of Planned Parenthood’s Griswold case, has opened the floodgates to unleash an irrational continuum of death and destruction for our families, our nation, and the world.

Griswold was step one in an earthshaking, family-shattering, epic battle that pits women against their children, spouses against God and one another, and opens the door for men to treat women as nothing more than objects to be used for sexual gratification.

Only eight years after the Griswold decision came Roe v. Wade, declaring the killing of innocent babies by abortion (termination) a right. In invalidating laws prohibiting abortion, Roe cited the same right to privacy that was found lurking in those dark shadows of the Constitution and proclaimed by the Supreme Court in Griswold.

In 2003, Lawrence v. Texas relied on Griswold’s right to privacy in striking down sodomy laws. At that time, homosexual activities were viewed as anathema. Following Lawrence and the extension of the right to privacy over such acts, homosexuality is now glorified and same-sex marriage is being legalized, state by state, while heterosexual marriage is quickly becoming an institution of the past.

But Satan, lurking in the shadows of the orderly world God created, tempted the woman. She, in turn, tricked the man into complicity; evil set up shop between man and woman and then began to bear its rancid fruit on the earth.

The sexual spiral has reached frenzy level in our time. Planned Parenthood’s partnership with the government strips religious freedom by imposing the abortion chain’s agenda on taxpayers, who are forced to pay for insurance that provides abortive contraceptives free of charge. As a right.

Appealing to women’s desire to make a better life for their families, the most anti-woman movement in America unfolds with fascist force, wrapped in a cloak of “rights” that are undeniably wrong.

Planned Parenthood is the visible head of the culture of death. It must be stopped. Its empire is built on lies that we must debunk, shouting the truth from the mountaintops. It is fueled by $1.3 million tax dollars daily. We must tirelessly work to defund it. Hearts must be changed through prayer, fasting, and education.