Trending Now
You are at:Home»Featured»Making Noise, Not Arguments
By Dr. Jennifer Roback Morse on August 1, 2012 Featured, The Homosexual Agenda, The Social Order 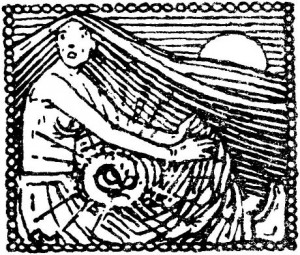 In my work as a social conservative, I have been puzzled by some of the rhetorical strategies of my opponents. Sometimes I feel my head spinning, as if I have been going around in circles, with no obvious conclusion in sight. I have been seeking the key to understanding them, a Rosetta Stone that will allow me to translate what otherwise appears to be mere hieroglyphics.

I think I am finally getting a handle on it. The lifestyle left doesn’t actually make arguments. They just make noise.

Over at Think Progress, there is a case in point, involving Yours Truly.

The occasion for this particular episode is my response to being included in the GLAAD “Commentator Accountability Project.” Evidently, the folks at GLAAD feel a need to inform the media that I am not worthy of being interviewed. In response, I wrote an article entitled, “Why Opposing the Gay Lobby is Not Anti-Gay.” The folks over at Think Progress came up with this headline “NOM: Opposing Gay Rights Doesn’t Make Someone Anti-Gay.”

Do you see what they have done? They have slipped in an unstated assumption that the “gay lobby” = “gay rights.” Anyone who disagrees with the gay lobby automatically, always and everywhere, opposes gay rights. Put it another way: they have turned an important and debatable question into an unquestioned assumption.

They do not answer these questions. They assume them away by asserting that “marriage equality” is a slam-dunk, open and shut civil rights issue. They change the subject to me and my character. As long as the topic is me and whether I am a big meanie, they don’t have to refute my arguments, or even make any arguments of their own.

The subject of my original article in The Blaze was my claim that removing the gender requirement from marriage would result in the state insisting that mothers and fathers are interchangeable. I believe that this will impact men and women differently, and that the net result will be the further marginalization of fathers from the family.

I still believe that to be true. I still believe it will be a very bad thing for society. I am not ashamed of this belief, in spite of GLAAD’s rather ham-handed attempt to shame me about it.

The most telling point though is that Think Progress did not even bring up the question of whether redefining marriage will marginalize fathers from the family. They just changed the subject.

“The war against women” is another example. The so-called “feminists” presume to speak for the entire female sex. Anyone who disagrees with their preferred policies is making war against women. The HHS mandate requiring every employer to provide contraception, sterilization and abortion-inducing drugs is, in their fantasy world, part of the “war against women”.

Do you see the assumptions they have slipped in? Every woman values zero-cost contraception more than anything else. No woman anywhere in America has the slightest moral qualms about abortion-inducing drugs. No woman in America has any loyalty to any religious body. There are no socially conservative women.

Ahem. Most women are surviving just fine paying for their own contraception or using natural methods that don’t cost anything. Many women are deeply troubled by abortion-inducing drugs. Evidently the self-proclaimed champions of the female sex have not seen the inside of a church in a long time, since many, many congregations are dominated by women. And, by the way, the social conservative movement is filled with women, including the pro-life movement, the abstinence education movement, and the movement to popularize natural family planning.

Once again, the lifestyle left has turned a whole series of important questions into assumptions: pregnancy is an illness that ought to be prevented; women want sex to be a sterile recreational activity, and religion is unimportant to women.

This is the Rosetta Stone: the point of the racket from the lifestyle left is to distract the reader or listener from the substance of the discussion. Keep changing the subject so no one has a clear picture of what is at stake in the argument. Keep making nasty-sounding attacks on people, so that a) no one wants to get involved in an argument with the lifestyle left, be they feminists or gays, b) people become willing to concede whatever the lifestyle left is asking for, just to make the annoying clamor go away, and c) people will start to shun the victims of the attack, thinking that they must be at fault somehow for bringing this on themselves.

So think of this tactic as a noise-bomb. Once the noise starts, you are deafened and can’t think straight. You’ve got to be prepared with ear protectors. Or think of it as a smoke bomb. Once your eyes are burning, it is too late: you can’t see and you are stumbling around in the dark. The only defense is to put on your goggles as fast as possible.

Recognizing this tactic quickly is the equivalent of putting on your ear protectors or your goggles. Once you are on the look-out, you will see beyond any shadow of a doubt that this change-the-subject strategy is very common. The entire lifestyle left uses it, not only the gay left, but radical feminists, the pro-abortion crowd, the whole lot of them.

Forewarned is forearmed: once you can identify the diversionary tactic, you will not be victimized by it anymore.

[This article was first published at Mercatornet.com on April 13, 2012.]