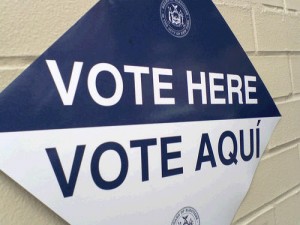 With less than 100 days until the election, Governor Mitt Romney is in the launch position for a vigorous fall campaign with the stars aligning for success in November. Okay, okay. The London trip did start out a little rough, but consider the following:

Gallup tracking poll shows the Governor in a dead heat with President Obama, tied 46 percent even among registered voters. And this is after a negative TV blitz of immense proportions unleashed by the Obama campaign against Romney.

However, Rasmussen’s tracking poll of “likely voters” reveals Romney beating Obama 49-44 percent with only 4 percent undecided. “The numbers are similar to the 49% to 43% advantage Romney enjoys on the question of who is trusted more to handle the economy.”

Rasmussen puts a lot of emphasis on the declining economy as impacting the President’s reelection prospects. While Obama’s numbers are very much like President George W. Bush’s in 2004 at this juncture in the campaign, “the underlying trends were moving in his direction” — President Bush’s that is.

On Friday the New York Times reported that “The United States economy grew by a tepid 1.5 percent annual rate in the second quarter, losing the momentum it had appeared to be gaining earlier this year” according to government figures. The previous quarter saw the economy grow by a 2 percent annual rate. This economy is going nowhere, fast; and the President seems to have run out of cartridges in terms of any new economic ideas. Of course, the jobs picture is still dismal.

Interestingly, Rasmussen observes that 21 percent of likely voters favor an increase in government spending, but “three times as many (64%) think the government should cut spending to spur economic growth,” a policy preference that breaks in favor of Governor Romney and the GOP.

Still, President Obama averages a 1.2 percent lead for all polling to date as calculated by RealClearPolitics. He also holds an inside-the-margin-of-error lead in most, but not all, of the battleground states. So the Governor and the Republicans will have to maintain a full-court press through the beginning of November.

But another troubling sign for President Obama, and a corresponding boost for Governor Romney, is the “enthusiasm gap” documented by the Gallup organization for USA Today. Democrats, it seems, are “significantly less likely now (39%) than they were in the summers of 2004 and 2008 to say they are ‘more enthusiastic about voting than usual’ in the coming presidential election.” Republicans, on the other hand, are more enthusiastic now than in 2008, and the same as in 2004 at 51 percent.

Enthusiasm tends to pick up in the post-primary season and is, no doubt, subject to fluctuations and the tempo of the respective campaigns. But given the intensity and acrimony of the Republican primary, this high level of enthusiasm, pre-convention, is a very good sign for Governor Romney.

[My The American Standard] readers may recall that I am fond of quoting former Governor John Engler (R-MI) that Catholics are the “jump ball” of American politics, at least since Ronald Reagan.

This is not a universally accepted view as demonstrated by a recent piece by Michael O’Brien on the websites of NBC and MSNBC. Basically, he challenges the “myth of the ‘Catholic vote.'” He cites a recent Gallup poll indicating that Catholics are evenly split between Obama and Romney, 46-46 percent.

O’Brien notes that President George W. Bush won the Catholic vote 52 to 47 percent in 2004, and President Obama won it 54-45 percent in 2008 against Senator John McCain. Yet, he argues that Catholicism is not “pure bellwether” of how a Catholic votes, which sounds like a truism. There are, of course, those who self-identify as Catholics even though it is just a matter of cultural affinity rather than religious practice. And economic interests can also override religiosity in many cases. Gallup’s poll indicates that ethnicity and class enter into voters’ calculations, too.

Setting aside the question as to what religious motivation might move a registered voter to become a likely voter, O’Brien does recognize that Catholic voters do matter “at the margins, or in very specific locations or instances” –like Florida, Ohio, Michigan, Nevada, and Wisconsin. He quotes various Catholic observers who put this marginal group at roughly 10 percent of the Catholic vote, “a big enough group in important states like Pennsylvania and Ohio,” the latter a “must win” for Romney or any GOP presidential candidate.

Honestly, O’Brien sounds like he is whistling past a graveyard. Both the Bush 2004 and the Obama 2008 campaigns made huge investments in garnering Catholic votes. Perversely, President Obama seems to be doing everything possible to alienate Catholic voters, notwithstanding the usual suspects of Catholic dissidents who would never vote for Romney, or any other Republican, under any circumstances.

If nothing else, Catholics should vote against Obama for his political ineptitude if not his militant secular humanism. He has even managed to bring the presidents of evangelical Wheaton College and Catholic University together to denounce his recent HHS mandates as a violation of religious liberty.

The Center for Applied Research in the Apostolate (CARA) at Georgetown University reports that there are an estimated 55.6 million Catholics of voting age, nearly 8 in 10 reside in the 16 states with 306 electoral votes. The big states like California, New York, and Texas are clearly not in play. But in Florida, where the Hispanic vote is also Cuban and Republican, Catholics made up 28 percent of the vote in 2008. In Ohio it was 23 percent, 26 percent in Michigan (which also has an active pro-life movement), and 33 percent in Wisconsin, which now looks in reach given the outcome of the recent gubernatorial recall election. To pretend that the Catholic voter, presently being mobilized by his or her bishop to resist the Obama administration on an existential question of church freedom, is nothing of consequence, is a very bad joke.

Governor Romney is fortunate that his opponent is doing everything in his power to alienate Catholics in these and other swing states. They are still the “jump ball” in this political game.