Trending Now
You are at:Home»Learn & Live the Faith»Apologetics»Vain Repetition or Babble?
By Anthony S. Layne on August 7, 2012 Apologetics, Featured, MyChurchParish.com 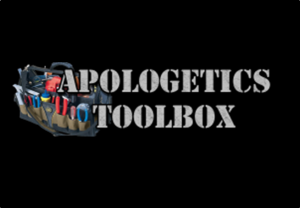 The early teen years are a time when charming misinformation is passed on from kid to kid with the solemn, easy assurance of time-tested wisdom. “Schnauzer” is a dirty word in German. The F-word is an acronym meaning “For Unlawful Carnal Knowledge” (in fact, that became a Van Halen album title towards the end of the Sammy Hagar era). And KISS, the name of the rock supergroup, stands for “Knights In Satan’s Service”.

Eventually we learn better. Schnauzer, in fact, comes from Schnauze, meaning “snout”. Although the actual root of the f-bomb is uncertain, enough cognates abound in the Germanic languages that it most likely comes to us from a common Indo-European stem through Anglo-Saxon. And, according to Wikipedia, guitarist and founding member Paul Stanley first suggested the name “Kiss” when original drummer Peter Criss mentioned that he’d been in a band named Lips; at one point, founding bassist Gene Simmons claimed it stood for the old rule about sales pitches: “Keep It Simple, Stupid!”

And yet, though we tell ourselves (and each other) that there’s nothing so stupid or counterfactual people won’t believe it if you repeat it often enough, in the main we fail to erect mental checkpoints where new data can wait for validation before they’re added to our lists of “everybody knows that” truths. I’m sure most of us have listened or read as some blowhard confidently preceded some assertion of patent folly with the words, “Science has proven that ….” Usually, this means one of three things:

One way you can tell a Protestant Bible from a Catholic Bible is to turn to Matthew 6:7:

In fairness, both the Revised Standard Version and the New International Version avoid the word “repetition”; many Catholics use a Catholic edition of RSV. In general, though, if it says “vain/meaningless repetition”, it’s a Protestant Bible.

The Greek word beneath this conflict is battalogeo, “to stammer”. Supposedly derived from the name of a Cyrenean king who stuttered, or from the name of a bad poet, battalogeo can indicate repetition. It can also indicate babbling, the endless blathering of the crashing bore that’s cornered you at a cocktail party or the presentation at work you just can’t get out of except by faking major trauma.

Babbling and repetition — not quite the same thing, even if described by the same word. Fortunately, though, there’s another word in the verse that helps us decide the issue: polylogia. Created from the stem polys (many) and logos (word), it’s often translated as “much speaking”, a clumsily imported construct; a better single word to capture the idea is “verbosity”. In speaking of this verse, St. Augustine of Hippo wrote, “And in reality, every kind of much speaking comes from the Gentiles, who make it their endeavour to exercise the tongue rather than to cleanse the heart” (On the Sermon on the Mount 2:3:12).

St. John Chrysostom points us to the parable of the widow and the unjust judge (Lk 18:1-8), which like the simile of the importunate friend (Lk 11:5-8) emphasizes the need for persistence in prayer (Homilies on Matthew 19:5). We are not merely to ask, seek or knock, but to keep asking, keep seeking and keep knocking (Mt 7:7; Lk 11:9). Common sense should tell you that, if you’re to ask for something not just once but continually, you’ll repeat yourself in essence even if you manage to say your prayer a different way each time.

Moreover, Jesus follows this injunction with the instruction, “Pray like this” … and gives us the Our Father (Mt 6:9-13), not only for its own sake but also as a model for other prayers. As a model, its unique feature is its brevity, giving praise to God and asking for our needfuls in just over fifty words. Not quite what we Catholics call an aspiration (a traditional prayer that can be said in one breath), but definitely stripped down to essentials.

Given the context and the rest of Jesus’ teachings about prayer, babble translates battaloge? in this verse much more effectively and reasonably, capturing the emptiness and futility of the prophets of Baal crying to their god as they cut themselves (1 Kgs 18:25-29). It also captures the annoying quality of the Christian who makes a complete hash out of the simple act of saying grace at a large gathering by gassing on about all the things the assembled should be grateful for while the gravy congeals and the butter melts.

So why would anyone insist on vain repetition? Quite simple: So they can say Jesus disapproved of Catholic devotions like the rosary and the Divine Mercy Chaplet, which involve cycles of repeated prayers. Because sola scriptura allows anyone with a battered King James Bible and ninth-grade reading skills to set himself up as a Religious Authority.

And because any error repeated long and often enough will find people who treat it as unquestionable dogma.

From the Apologetics Toolbox of Anthony S. Layne