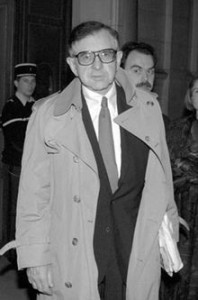 This past year has been one of personal loss for me. This past April our founder, Father Paul Marx, O.S.B., Ph.D., passed away in the odor of sanctity. Now we have lost another great pro-lifer—and personal friend of mine—Dr. Bernard Nathanson.

I first met Dr. Nathanson, fittingly enough, at a 1985 conference in Washington, D.C., organized by Father Marx. Dr. Nathanson had just released his groundbreaking video, “The Silent Scream,” which shows exactly what goes on in the womb during an abortion. As the abortionist’s scalpel reaches the unborn child, the child pulls back, then begins writhing in pain as it is dismembered. No one who has seen the video will ever forget it—and millions have seen it. It premiered on the television program, “Jerry Falwell Live,“ and aired five times on major television networks shortly after it was released. It was even shown in the White House by our most pro-life President, Ronald Reagan.

Nathanson, of course, knew what he was describing, because he had personally performed, by his own admission, some 15,000 abortions. But he had not merely practiced abortion, he had promoted it as well. He was a founding member of the National Abortion Rights Action League (NARAL). Thus he was privy to all the lies that were used to justify the legalization of abortion in the U.S., up to and including the preposterous claim that 10,000 women were dying of so-called “back-alley” abortions each year. “We just made that number up,” he later said to me, “for propaganda purposes.”

He was not, at that time, a believer. He had concluded that abortion was wrong in precisely the same way that I had, by reflecting on the irrefutable fact that life begins at conception and that the fetus—“little one,” in Latin—is nothing if not a human being. There was, because of this, a natural bond between he and I from the beginning.

In the years that followed, our paths often crossed at pro-life conferences. These conferences had the same effect on him as they were having on me: we came to respect the principled pro-lifers who were giving a voice to the voiceless with no thought of personal gain and, in many cases, at great personal sacrifice. By 1990, Father Marx was warning those of us who worked with him not to attempt to catechize the man he had come to call “Bernie.” He’s not ready yet to talk openly about matters of faith, Father said. We found out later that Father himself was already giving his friend Bernie instruction in the faith, and gradually bringing him to an understanding of the beauty of the truths that it taught. It was a long process, since as a one-time secular Jew Dr. Nathanson was not at first inclined to view the Catholic Church as a natural home for someone of his background.

Then came Father’s 1994 World Conference in Irvine, California. We knew by then that Dr. Nathanson was moving away from the atheism of his earlier years. After all, the talk that he was scheduled to give was entitled “Reflections of an Ex-Abortionist and Ex-Atheist.” But we had no idea that during the course of that talk he was going to drop a bombshell. He was going to swim the Tiber, and make his way to Rome sweet home. When he announced that he had decided to become a Catholic, the audience, which must have numbered 1,000 people, erupted in cheers. Father Marx knew all along, of course.

Dr. Nathanson received his formal instruction in the faith in the New York Archdiocese where he lived and had his medical practice. He was baptized, confirmed, and received first Holy Communion in December 1996, at a Mass celebrated by the late Cardinal John J. O’Connor in St. Patrick’s Cathedral. I was on a pro-life missionary trip abroad, but Fr. Marx, his dear friend and spiritual advisor, traveled up to New York to be on the altar with the Cardinal that great day.

In later years the good doctor went on to get an advanced degree in bioethics, so as to be better equipped, he told me, to argue against those who were cheapening human life in other ways. He continued to speak out against abortion, of course, but now spoke out against euthanasia, stem cell research, and in-vitro fertilization as well. The course of his studies took him to the very cutting edge of science, where experiments that rival those in the novel Brave New World—or of the Third Reich—were taking place.

I remember one chilling conversation that I had with him—the year must have been 2002—in which he told me that researchers using private funds had succeeded in growing 14-week-old fetuses in test tubes. “What happens then” I asked. “They all die,” he responded, “but it may only be a matter of time until the researchers refine their techniques and are able to bring babies to term.”

The last time I saw him must have been in Auckland, New Zealand, at a conference held by Family Life International. He was by that time quite elderly, and had a cast on his foot from a medical mishap, but had nevertheless suffered through the 14-hour-flight Down Under to attend. He was determined to continue his fight against the evil of abortion.

Dr. Nathanson was painfully aware of how many lives he had extinguished—how could he not have been, since it was a constant feature of his talks—yet he continued to publicly confess his great sins in this way until the end of his life. It was, for him, a kind of atonement. And it went on for 25 long years.

Those of us who trust in God’s mercy understand that every saint has a past, and every sinner has a future. And Dr. Nathanson’s future is, I am sure, with his Father in Heaven, where he will rejoice in the company of those little ones on whose behalf he worked—once he realized the truth—so long and arduously.