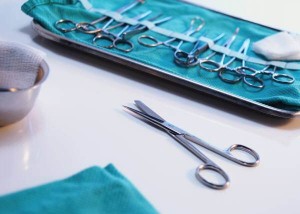 Dr. Paul Fox has been a family physician for over three decades in the sticks of rural Virginia,  Florida and western Pennsylvania where he earned the respect and trust of his peers and patients. He and his wife have four children and six grandchildren. Dr. Fox is a convert to Catholicism and worships in the Byzantine Rite.

Why did you become a doctor?

Family tradition played a role. Both my father and grandfather were doctors, and as a child I always assumed I would be one too. Somewhere in high school it began to dawn on me just how much work would be involved in actually becoming a doctor (four years of college, four years of medical school, and three or more years in residency training), and I lost what enthusiasm I had for the task.

In college I majored in linguistics because I loved languages. After graduating, I became a computer programmer because there was no way to earn a living in linguistics. After a few years of programming I became bored, and began to think I’d rather work in a field that involved people instead of machines. Given the family tradition, it’s hardly surprising that medicine was the first thing that came to mind.

I went to evening classes to catch up on the basic science requirements, applied to medical school and, somewhat miraculously, was accepted at the one and only school to which I applied.

Those are rather feeble reasons for such a momentous decision, to be sure, but somewhere along the line this choice also became a calling, and I am profoundly grateful that I have been allowed to be a doctor.

How did your identity as a physician change when you became a Christian?

I actually became a Christian while in medical school. Like so many college students, I had jettisoned the Christian faith I was raised with almost before the first semester ended. After toying with various Eastern religions and other ‘spiritual’ alternatives, I finally settled in to a comfortable agnosticism.

The study of biochemistry in medical school was the first thing to provoke me to question my skeptical attitude. It seemed to me that the intricacy of the internal workings of even a single cell could not possibly result random processes, even operating over tens of millions of years. The train of thought thus initiated ultimately led to belief in at least some sort of Creator and finally, with the help of G.K. Chesterton, C.S. Lewis, J.B. Phillips, and other writers, to faith in Christ.

So my identity as a physician grew up together with my identity as a Christian. Since, I have often wondered how anyone who is not a Christian can bear to be a doctor. As physicians we are confronted with so much human suffering that appears so unnecessary, so cruel, and so utterly undeserved. Christian and non-Christian physicians alike, of course, are dedicated to alleviating that suffering whenever possible, but sooner or later the question of futility arises. What is the point of all this suffering? What is the use of helping sufferers when, in the end, they must surely suffer again, and finally die?

A Christian physician obviously does not have a clear and simple answer to the question, but he or she can at least have confidence that there is an ultimate answer that resides with God, and that the whole miserable story of terrible human suffering has genuine meaning.

How did your identity as a physician change when you converted to Catholicism?

Even before I became a Christian I was opposed to abortion. In becoming a Catholic, I was made aware of the connection between artificial contraception and abortion, and so I had to stop prescribing contraceptives. This sometimes made for awkward conversations with patients, but no worse than that; for the most part, my patients understood and respected my position, even if they disagreed.

I also found that the nearly two thousand years of careful and prayerful thought that went into Catholic moral theology constituted a much clearer and safer basis for approaching ethical dilemmas than the kind of fuzzy group-think that passes for ethics in today’s culture.

How has medicine changed since you started practicing?

One could almost ask, how has it not changed in the thirty some years since I graduated from medical school? Certainly, much has changed for the better. There are now effective treatments for many diseases that were almost invariably lethal in the past. Though one might not know it from the media, the treatment of many cancers has improved enormously, becoming both more effective and less toxic than before. Most children with cystic fibrosis now live to become productive adults, rather than dying in their teens. The terrible deformities of rheumatoid arthritis can now be prevented in most patients. Many fields of medicine have seen similar advances.

On the other hand, the doctor-patient relationship, which is at the heart of the art of medicine, is being eroded more and more as various bureaucratic structures (whether government agencies, insurance companies, or corporate entities) assert more control over the field of medicine. With this comes the increasing sense of depersonalization as the focus of attention shifts from the individual patient to ‘the bottom line,’ or to statistical outcomes.

What is the biggest moral or spiritual challenge you face at work?

I am a person who is averse to confrontation, and who likes to be liked, so it is a big challenge for me to say ‘no’ when a patient wants something from me that I am convinced is not right (for example, prescribing contraceptives, or prescribing Viagra to unmarried men).

Currently, much of my work involves helping people with addiction problems. Here, the greatest challenge is to crush in myself any hint of feeling in some way morally superior to my patients. I must continually remind myself of my own failings, and of the fact that truly only the grace of God has kept me from ending up with a similar or worse addiction.

What is the most rewarding aspect of your job?

The deepest satisfaction always comes from having made a real personal connection with a patient. It doesn’t necessarily have to be in the context of making a correct diagnosis, or even of successfully helping a patient to feel better, though those are also rewarding. It is difficult to express exactly what I mean here, but a doctor is given an opportunity to touch the soul of a stranger – and be touched in return – that is given to few other people: to priests, nurses, and therapists of all sorts, certainly – but somehow it seems especially to doctors.

Practically speaking, how should Catholics prepare for end of life decisions? What is your opinion of living wills?

A Catholic should always keep in mind, as Father Joe never tires of telling us, that “we all suffer, and we are all going to die.” Our culture fosters the illusion that we can stay young, healthy, and alive forever — if we buy the right products. Catholics should know better.

Living wills can be helpful, provided that they follow the guidelines of the Church, but living wills are most helpful as a stimulus to thinking about the end of life, and to talking about our wishes with our loved ones. Not infrequently, a patient’s written living will is not available to the medical team when it is most needed. If the patient has never spent time with his or her family discussing end of life issues, the living will might as well never have been written.  However, if family members are well aware of what the patient’s wishes are, they are in a position to make decisions that respect the patient’s wishes.

We hear a lot about the “culture of death.” Have you noticed a change in the way patients and health care professionals think about human dignity in the decades you’ve been in practice?

The tendency to depersonalization that I mentioned earlier certainly erodes human dignity. The many successes of medical technology and pharmacology over the past decades — wonderful though they are — have also tended to encourage the view that human beings are nothing more than biological machines. Not only doctors but even patients think this way. The concept of human beings as the image of God is being increasingly viewed as quaint and antiquated. The consequence is the ready acceptance of almost any kind of tinkering with the human organism, from abortion to in vitro fertilization to cloning. 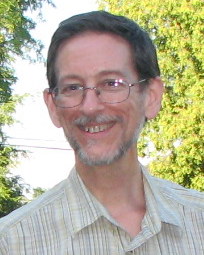 What is the role of a physician in his interactions with a terminally ill patient?

This is always a delicate situation. Both doctors and patients have difficulty accepting that death is not only inevitable, but relatively imminent. When it is truly clear that such is the case, the physician needs to find a way to bring that to the patient, while at the same time standing with the patient. The dying can often feel abandoned, and unfortunately they sometimes actually are abandoned, by doctors who view death as a personal failure, by family and friends who can’t cope. When a doctor cannot offer hope for recovery, he or she can still offer comfort.

Are there any Church teachings that are particularly hard for you to accept when faced with the many forms of suffering you encounter as a physician?

As a matter of fact, no. The Church provides a framework for a physician that is marvelously adapted to the realities of life and death. No one would want to prescribe drugs without standard doses. Why would anyone want to operate in such a morally fraught field as medicine without a standard of conduct?

Any words of wisdom for Catholic medical students?

First, strive for clinical excellence – being a faithful Catholic is no excuse for incompetence. Second, stay faithful to the teachings of the Church. Third, make sure you know what those teachings actually are. Don’t let the secular press, a disgruntled ex-Catholic, or a cafeteria Catholic mislead you – go to the sources. Anyone with the intelligence to become a doctor can also tackle the Holy Scriptures, the Catechism, papal encyclicals, and other source documents. Along with your continuing medical education, keep up your continuing Catholic education – you’ll need both in the years to come!