Trending Now
You are at:Home»Featured»Movie Review: The Giver
By Sr. Helena Burns, fsp on September 10, 2014 Featured, On TV and Movies 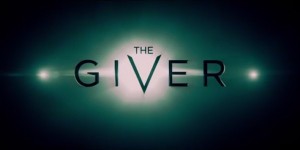 The Giver is yet another young adult dystopian novel turned into a movie, but it actually preceded many of the others. This engaging, perfect-for-our-times narrative by Lois Lowry was published in 1993, and is required reading in many schools.

There is controversy surrounding the content, but for the life of me, I can’t figure out what the problem is. (I’ve put a shout out several times on social media and get very weak answers.) I have not read the book (I view, not read), but love the movie on the movie’s own merits.

The fact that good people are wishy-washy about this movie is very scary to me. Do we no longer know how to read parables and allegories? Do we no longer grasp basic theological and philosophical principles to make good judgments about literature and the visual arts?

The Giver is closely aligned to other science fiction “cautionary tales” of the strain of Brave New World, Gattaca, A Wrinkle in Time, and The Adjustment Bureau, with its focus on the power of emotions and love to overcome tyrannical control–even if the control is supposedly for the ultimate good of humanity. I actually found The Giver to be closest in theme to M. Night Shyamalan’s The Village (an excellent, under-seen, underrated film), due to the similar quest to wipe out violence and tragedy in society, and attempting utopia.

The film starts off, appropriately, in black and white. Three teens are coming of age in their simplistic world where they will be assigned their lifelong jobs based on their emerging talents. Babies are genetically engineered and raised by “Nurturers” in nurseries.

The main character, Jonas (Brenton Thwaites), is strikingly different from his peers, however. Sometimes he sees glimpses of color. He sees more, he sees beyond. The governing board (led by the inimitable Meryl Streep) notices his special gifts as well, and they read it as a positive. So much so that they assign him the very special task of “Receiver of Memories.” Only this person is allowed to know history, allowed to know what came before this bland existence in order to advise the board and become a wisdom figure.

The entire basis of this society is the elimination of memory (so that war will never occur again), rules designed to keep everyone in their place (“sameness” so that there is no competition, difference or inequality), and dispensing of morning drugs to suppress all emotions (including sexual “stirrings”). “Precision of language”–a kind of political correctness–is demanded in an effort to never give offense, never be curious, never express oneself, never be different, never know more than what is prescribed.

In his role as Receiver, Jonas begins to experience a sacramental world. Things have deeper meanings that can be felt and expressed in many different ways beyond basic information and intellectualizing. He experiences that the powerful role of emotions in our lives can be channeled for the good (whereas the belief of his society is that they always lead to passion, contempt and murder).

Just like our own increasingly more callous and uncomprehending society that treats people like things, Jonas’ society gets rid of the weak (that is, the very young and the very old) with mercy-killings euphemistically called a “release to elsewhere.” Jonas’ own “father” is a benign executioner, and Jonas excuses him because he realizes his father does not understand what death means. (Just like our society doesn’t understand life and death either, human dignity, human value, the value of the vulnerable and suffering, and our responsibility to care for them.)

On one hand, the message of the film might seem to be: Rebel against anything keeping you down! Rebel against rules and regulations! Experience whatever you want to experience in life! But that’s not it at all. It’s rather: no pain, no gain; no cross, no crown.

Our family life is not controlled by constant surveillance and outside forces (unless we count consumerism and peer pressure), but on our own we have reduced our family life to frenetic scheduling, no family meals, everyone blocking everyone else out through personal media devices, domestic arts outsourced, parents too busy or too cool to parent, kids and teens running the show, common courtesy and manners left untaught, etc.

My favorite part of the entire film is the young man saving the baby by trekking out into the wilderness with him. The baby in question happens to be a little boy (Gabriel), which makes The Giver–at least partially–a sweet buddy movie. When’s the last time you saw a young man taking on any kind of fatherhood role in a film (outside of a raunchy comedy that reinforces the idea that young men being responsible is just ridiculous)?

What makes this story so apt for our age is that we are living in an incredibly unnuanced, one-dimensional, diminished, reductionist, soothe-pain-and-unpleasantries-by-all-kinds-of-drug-and-drug-like-escapes culture. No one gets hurt in Jonas’  dystopian world. But is anyone really living? Really living a human life? Or DO people get hurt? The dirty little secret it that clandestine brutality keeps open brutality in check.

The whole film could be summed up in one word: MORE. There is so much more that we can have.  John 10:10.